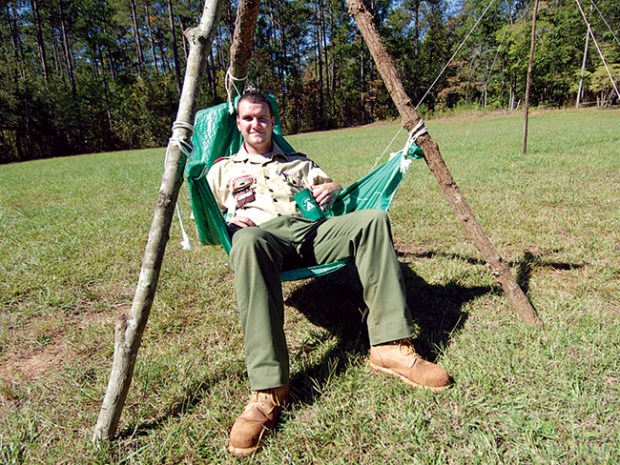 Relax around camp by building a comfortable chair. It’s easy if you have the pioneering skills. 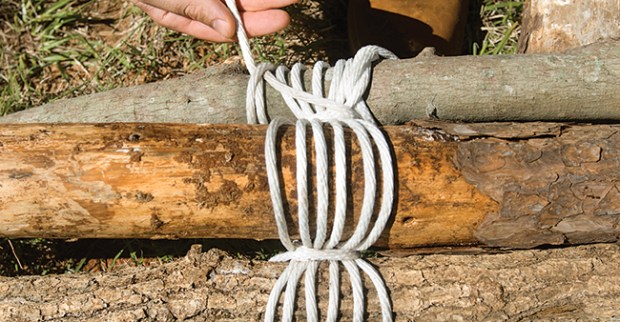 Step One: Determine which ends of each spar are the thickest, and designate those as the base of each spar. Lay the two shorter spars together on the ground, parallel to each other, with each base at the same end and even with each other.

Lay the long spar down in the opposite direction, with its base at the opposite end from the bases of the shorter spars, with only about two feet of overlap at the tops. Keep them all parallel.

Use the 30-foot rope to perform a tripod lashing around all three spars. 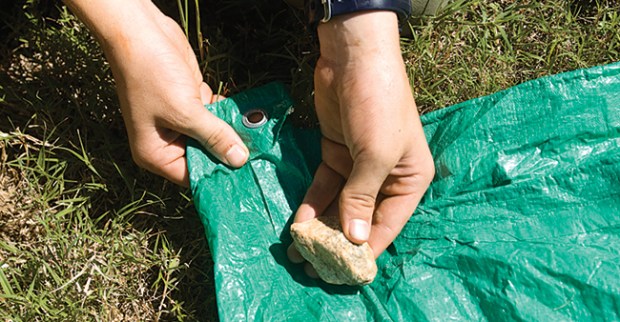 Step Two: Fold each rock into a corner of the triangle-shaped tarp and twist to create a pocket that will hold the rock. Then tie one of the three shorter ropes around the pocket holding the rock by wrapping a few times and tying off the end with two half hitches.

Be sure to leave 2 to 3 feet of rope available. Repeat for each corner. 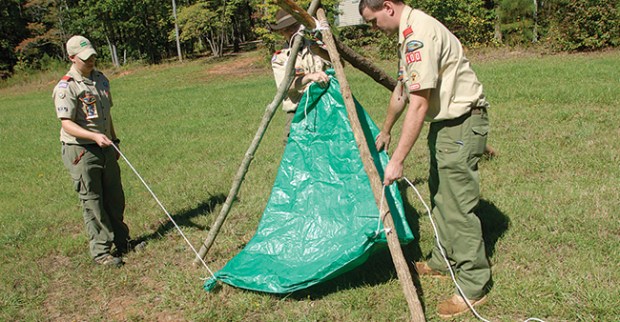 Step Three: Attach the tarp to the tripod by wrapping the remaining rope around each spar once or twice and finishing with a taut-line hitch.

The longest spar should act as the back leg of the chair, so attach the rope at higher point on that spar to create the back of the chair. 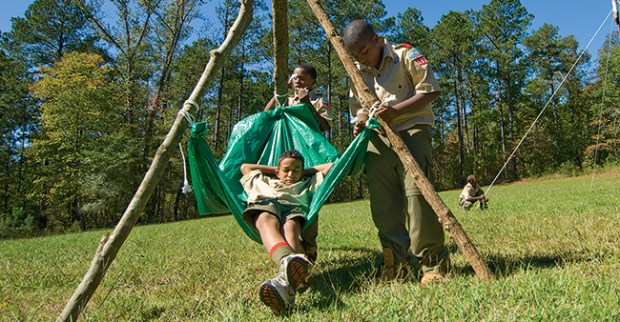