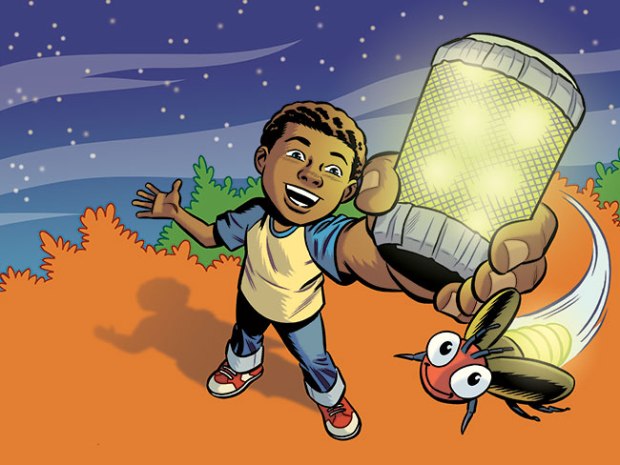 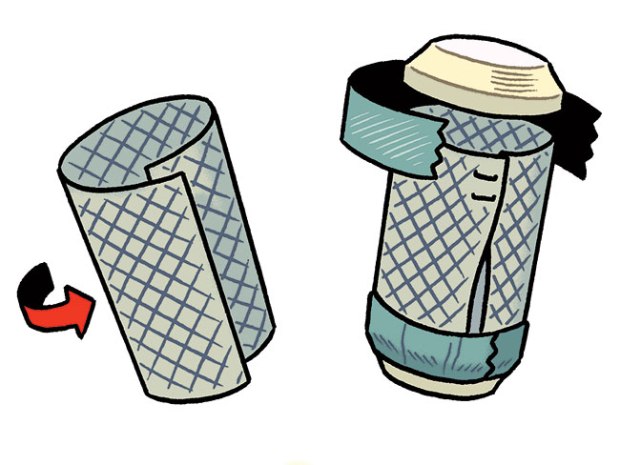 Step 1: Make a mesh container from a piece of fiberglass window screen. Roll it into a tube with overlapping ends. Staple the tube together leaving a two-inch opening to slip fireflies through. Cap off each end with a plastic lid and duct tape. 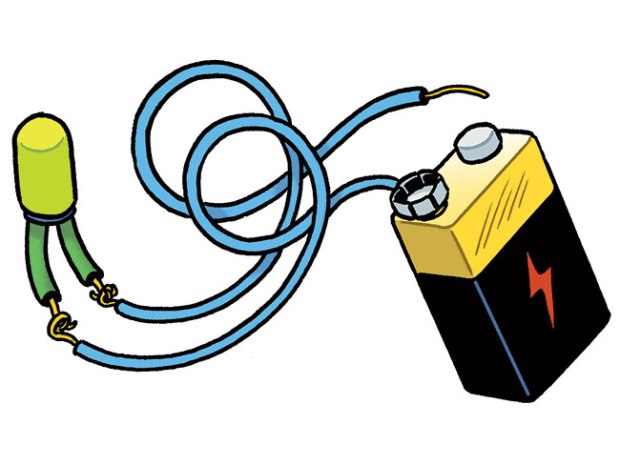 Step 2: To use a female decoy firefly to catch males, connect the leads from a green LED light to two six-foot lengths of insulated copper wire. Attach one of the wires to a 9-volt battery. To make your “female firefly” flash, touch the second wire to the battery. Keep the light six feet away from you. (Fireflies avoid humans.) 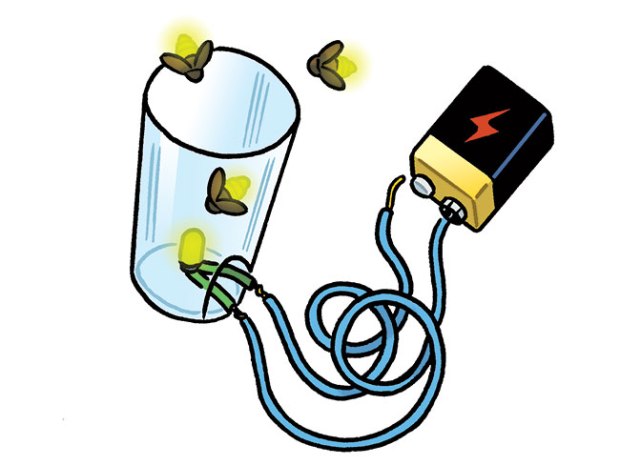 Step 3: To crack the fireflies’ code, watch a female in the grass answer a flying male’s signal. Note how long she waits before flashing a response. With your LED light inside an open container, mimic the female’s pattern. 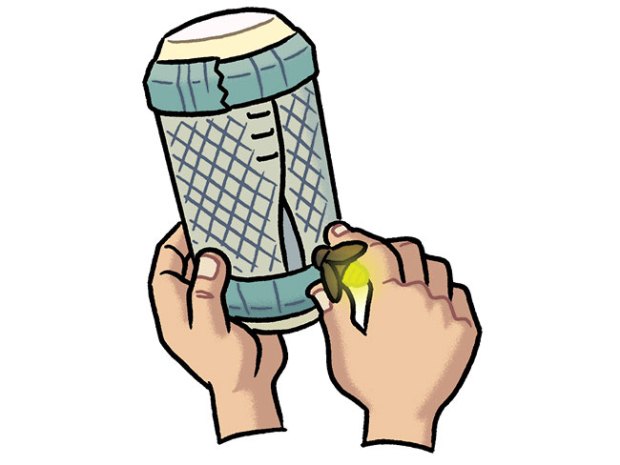 Step 4: Put any males that arrive into your lantern. At least 40 fireflies per lantern should give you plenty of light. Release them, unharmed, the next day.