“Impossible is nothing,” says former Cub Scout Johnny Strange. Indeed, he lived out those words when he climbed Mount Everest and Australia’s Mount Kosciuszko. By conquering those two peaks, Johnny became the youngest person ever to climb the Seven Summits — the tallest mountains on each of the seven continents.

Johnny on preparing for a climb:

Johnny on believing in yourself:

Johnny on what it feels like to stand atop a giant mountain:

Boys’ Life spoke to Johnny about his climbing adventures. Read about it below in an article from the November 2009 issue of BL, and listen to exclusive excerpts by clicking on the audio players above. 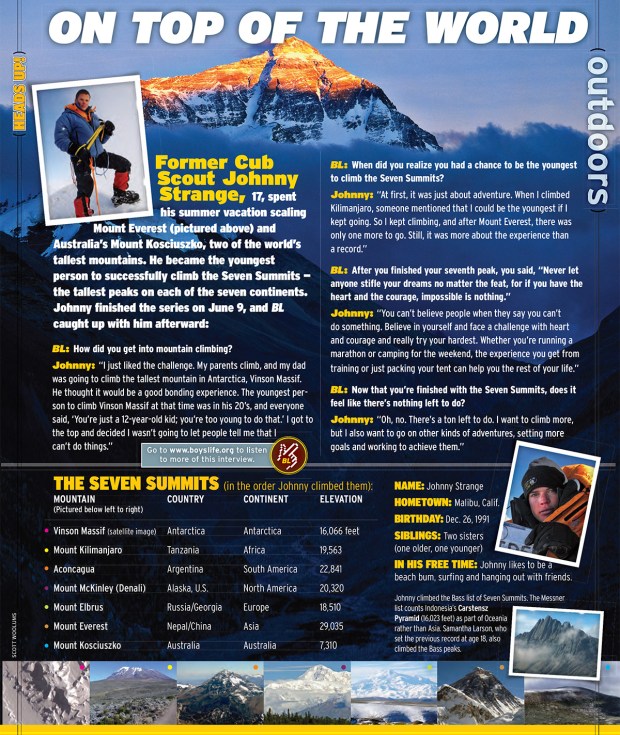 3 Comments on Johnny Strange Talks About Climbing the Seven Summits