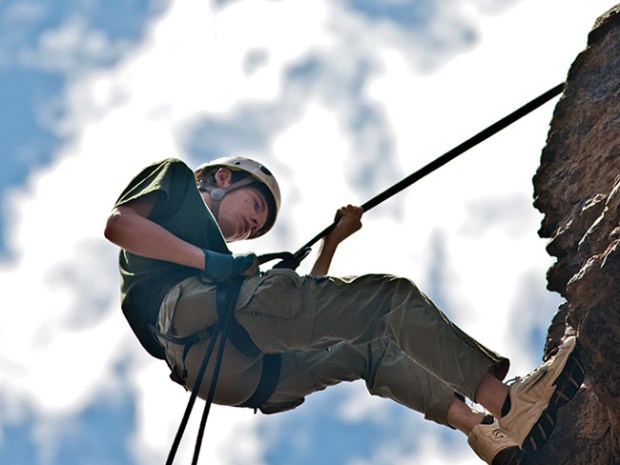 Where will your Scouting adventure lead?
You decide,
and we will help you get there.

Here’s how to get the most out of your Scouting experience. 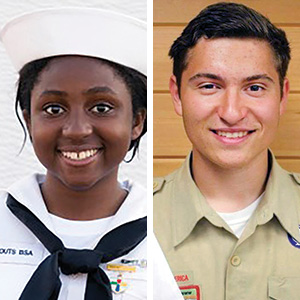 Start by treating every meeting as a chance to add skills to your inventory of awesomeness. Go on a campout every month. Train for a big adventure that’s just outside your comfort zone. Pretty soon, you’ll prove to yourself just how far you can go.

Anthony Peluso and Mercedes Matlock can show you how. Anthony is the national chief of the Order of the Arrow, Scouting’s honor society. Mercedes just spent a year as the national boatswain (pronounced “bosun”), the top youth leader in Sea Scouts.

Mercedes and Anthony are 20-year-olds in college now, and we asked for their advice on how to get the most of out of Scouting.

Whether you’re a Cub Scout getting ready for a weekend campout or an older Scout preparing for a weeklong adventure, being outdoors is great.

Start by discussing where you might go, and remember this rule about brainstorming: No idea is a bad idea.

Figure out how much money you’ll need to raise, and work on training your body and mind. If it’s a long-distance backpacking trip, start with short hikes around the block. If it’s a five-day canoe trip, practice your paddling strokes at the lake.

“When I was starting out, I had no idea about the gigantic scale of Scouting,” Anthony says. “Learn about all the amazing opportunities Scouting has to offer.” 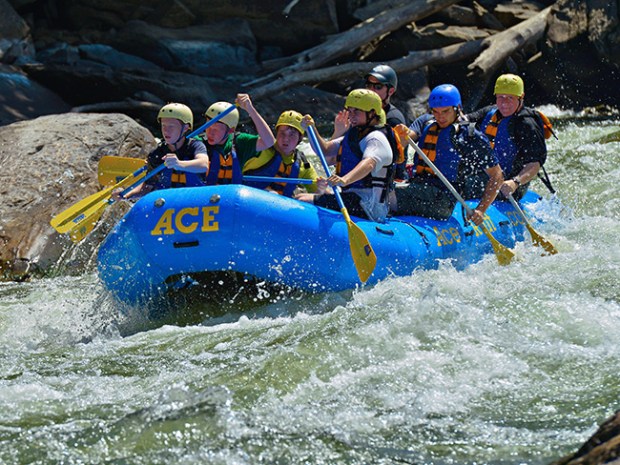 When Mercedes started in Sea Scouts, she had never been sailing. In fact, she didn’t know anyone who had. Then she joined Ship 59 in Maryland. It wasn’t easy, but after a while, Mercedes knew how to harness the wind’s power to steer a floating vessel the size of a bus.

A few years later, Mercedes and her fellow Sea Scouts spent 10 days boating in Puget Sound near Seattle, Washington, learning navigation techniques, including use of the stars.

“Try everything you can, and take advantage of every opportunity presented to you,” she says. “It could take you to unimagined places.”

So what if you’ve never built a Pinewood Derby car or model rocket before? Just Do Your Best!

Scouting has taken Anthony to some unimagined places: He gave a speech in an arena filled with 8,000 other Scouts. He hiked Philmont in New Mexico. He met the president of the United States.

But even with all those adventures, Anthony says the friends he has made in Scouting are what matter most.

“Although all the campouts, events and experiences are things I would never trade away, the people are truly what made my Scouting experience so meaningful,” he says. “They are why I stayed involved.” 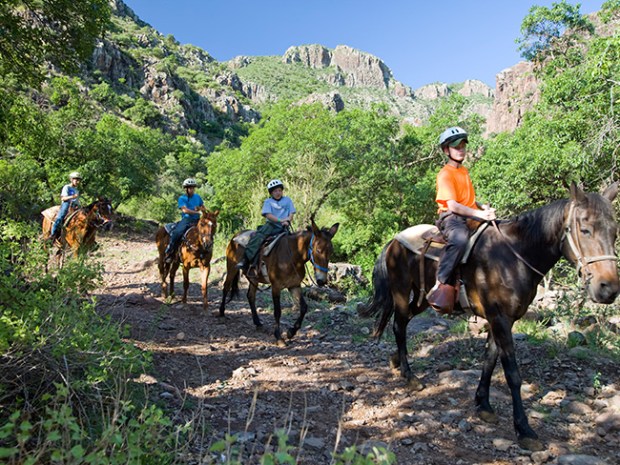 Some of Scouting’s toughest challenges don’t involve a helmet or a harness. They’re tests of your leadership skills.

When you’re a Cub Scout, you might be the first one in your den to step up in front of the group and recite the Scout Oath from memory. Then when you get older, you can step up and serve your unit in a position of responsibility, such as patrol leader, scribe, quartermaster, crew president or ship boatswain.

Yes, these jobs take courage. Yes, it can be frustrating trying to get your friends to listen to you. And, yes, you might even fail a time or two. But learning to be a leader in Scouting prepares you for leadership in life.

“No program is as good as Scouting at training youth to be leaders,” Mercedes says.

Being a Scout doesn’t mean giving up other things you like. From his time as a Cub Scout all the way up until he was earning the Eagle Scout rank, Anthony continued to play sports and get good grades.

“Scouting is a big part of my life, but it’s not my entire life,” he says. “There are many other areas of my life that are not involved with Scouting.” 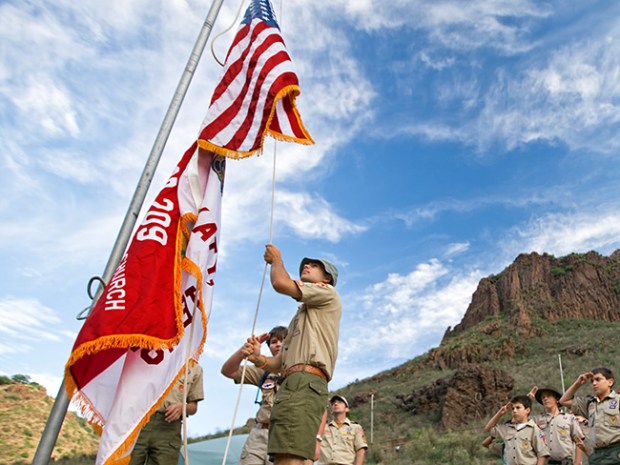 Every Monday when she was in high school, Mercedes’ friends would recap their weekends. Some went to the movies. Others mowed the lawn. Mercedes sailed on the ocean.

“It was always cool to brag to my friends not involved in the program about my weekend sails,” she says.

If her friends showed interest, Mercedes invited them to join her Sea Scout ship and climb aboard for the next great sailing adventure.

Both Cub Scouts and older Scouts can earn the Recruiter Strip by recruiting another youth member.

As Anthony got older, school and other activities kept eating larger and larger chunks of his time.

He even considered dropping out of Scouting. But he stuck around, and he’s glad he did.

“Just because you get involved in other things doesn’t mean you can’t still be a Scout,” he says.

Mercedes, who stayed in Sea Scouting long enough to earn that program’s highest rank, the Quartermaster Award, agrees. “No matter where you go, there’s always someone to bond with over the experience,” she says. “It will open doors for you.” 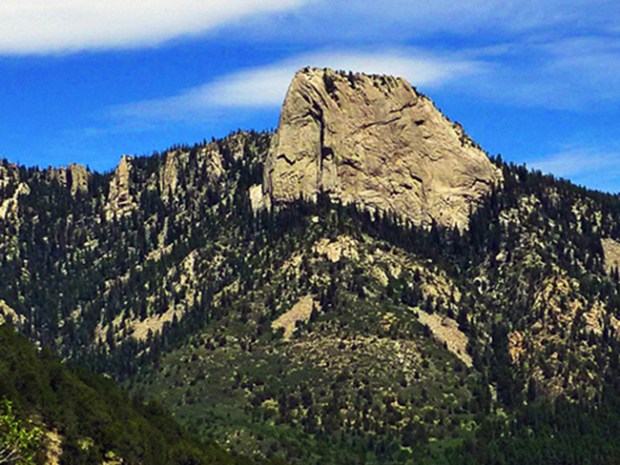 • Troop gourmet cook-off. Each patrol prepared a three-course meal for dinner for the adults, who served as judges. “I remember cooking chicken parmesan when my patrol won the cook-off. The best meal I’ve ever cooked!”

• The Pinewood Derby. “Making and designing cars with my dad was something I looked forward to every year.”

• Hiking the Tooth of Time. Anthony summitted the signature mountain at Philmont Scout Ranch in New Mexico. “The feeling at the top is something that every single Scout should get the chance to experience.” 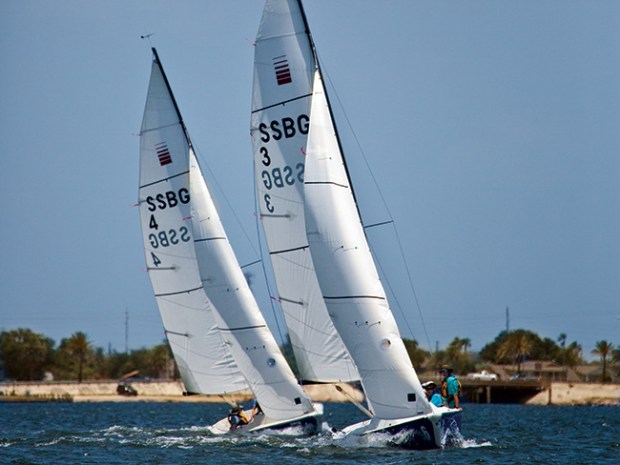 • Serving as national boatswain. As the top youth leader in Sea Scouting, Mercedes got to cast her vote in the decision to welcome girls into all Scouting
programs. “It was a great feeling getting to serve those not only in Sea Scouting, but all of Scouting.”

• Meeting a billionaire. Without Scouting, Mercedes might never have met William Koch, who sponsors the Koch Cup international sailing competition. “He made his mark in science, and it was cool to meet someone who shared my passions for both science and sailing.”

Even More Ideas for Adventure

• Hold a no-rules Pinewood Derby race, even if you’re too old to be a Cub Scout.

• Visit the highest point in your state, whether it’s 20,310-foot Denali in Alaska or 345-foot Britton Hill in Florida.

• Spend the night at your favorite museum.