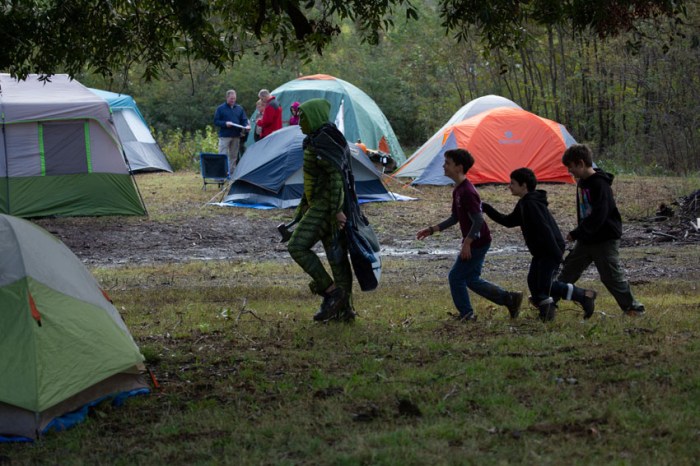 When the members of Scouts BSA troops 26 (boys) and 126 (girls) out of Tulsa, Oklahoma, talk with Webelos Scouts at their Hallo-Weekend campout, you won’t hear them saying things like, “Hey, you in the blue hat … ”

Instead, you’ll hear the older Scouts treating the Cub Scouts like friends — asking them questions, getting to know more about them and, maybe most important, calling them by their names.

“We want to really engage with the Arrow of Light Scouts,” says Haley Whitbook, a 13-year-old from Troop 126. “We want to make them feel like a member of the troop.”

Hallo-Weekend is an annual Halloween-themed event in Oologah, Okla., where Scouts BSA troops invite Webelos dens from all over the area to spend the weekend together. The Webelos get to go camping and learn some Scouts BSA skills — and maybe decide which troop they’re going to join. 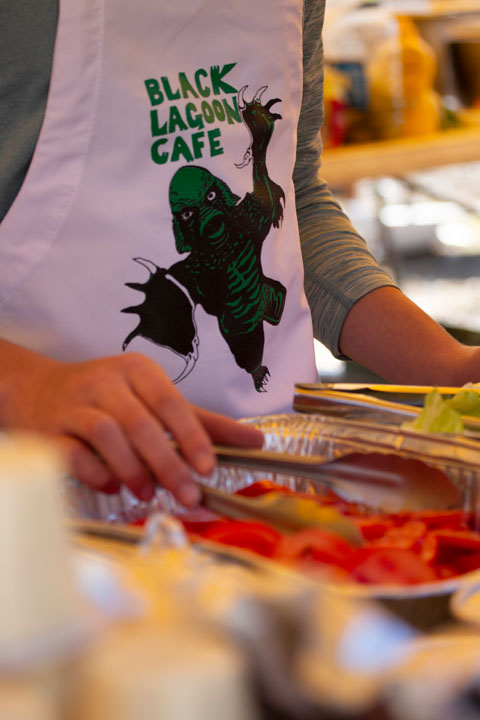 The Scouts BSA members get to practice their leadership skills by taking the younger Scouts under their wings for the weekend.

In the end, everyone wins — and everyone has fun.

“It’s important for the Cub Scouts to see that they can have a connection with the Scouts they’re going to be spending time with in [Scouts BSA],” says Nathan McCorkle, the 14-year-old senior patrol leader of Troop 26 at last fall’s Hallo-Weekend event. 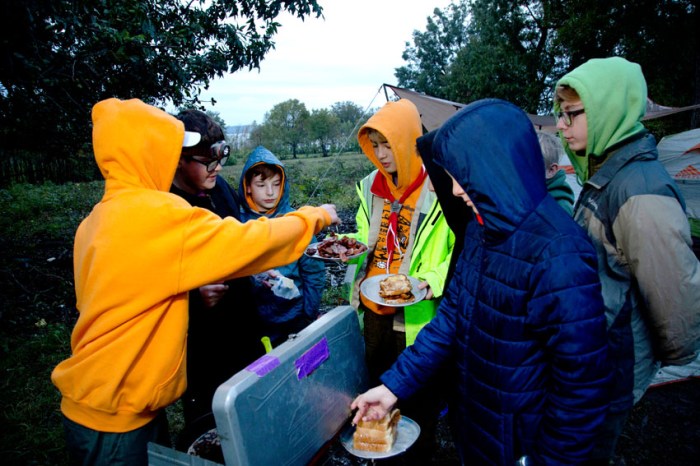 Recruiting is a big part of having a healthy Scout unit. And an event like Hallo-Weekend can go a long way toward meeting your recruiting goals.

It’s an opportunity to recruit new Scouts not by telling them why they should join your troop, but by showing them what it could be like when they join. 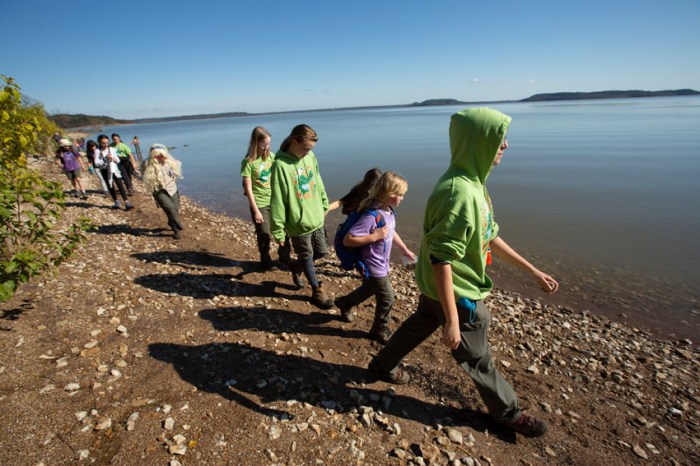 At Hallo-Weekend, Scouts BSA members guide Cub Scouts through a variety of events. Some are designed to help them earn Webelos or Arrow of Light requirements. Others are just for fun.

Both are an opportunity for older Scouts to show their new friends why it’s worth sticking around for Scouts BSA.

“It helps them see what being in Scouts BSA is like,” says Maren Hettler, 12, from Troop 126. “We’re trying to get more momentum and get more girls to join, and we can kind of make the difference between if they stay in Scouts or not.” 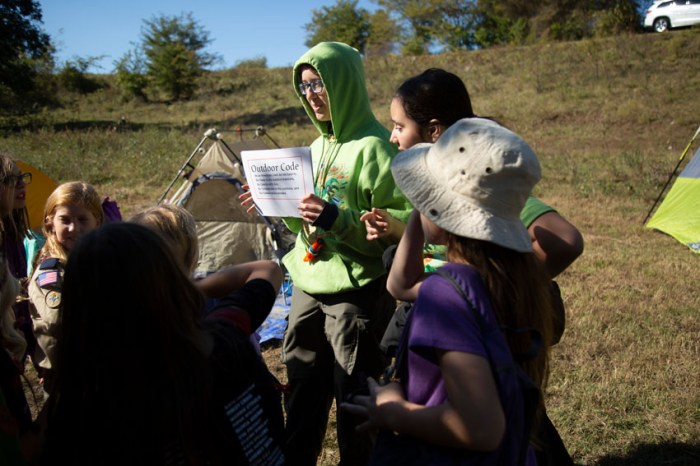 At one station, the Scouts BSA members help the Cub Scouts earn their Castaway elective adventure, which involves cooking without pots and pans, lighting a fire without matches and building a shelter out of tree limbs.

At night, they settle in for skits around a campfire. 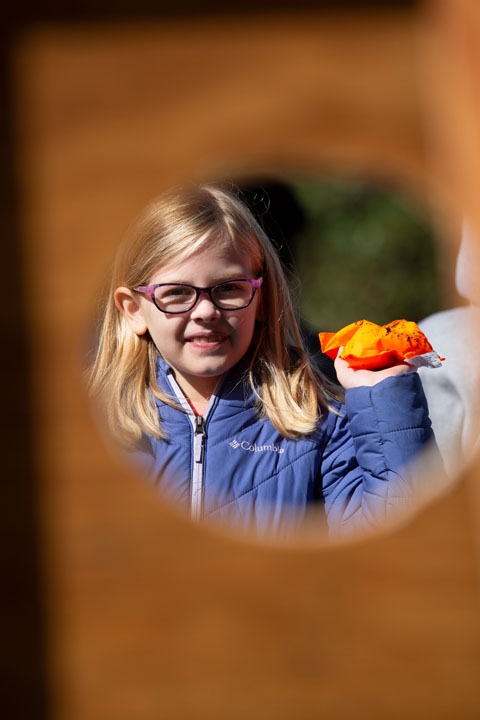 As with any Scout campout, the key to a successful recruiting event is planning. Because the event is so ingrained in the culture of Troop 26, everyone takes a tremendous amount of pride in doing their part to pull it off.

“It gave me some more leadership opportunities,” Maren says. 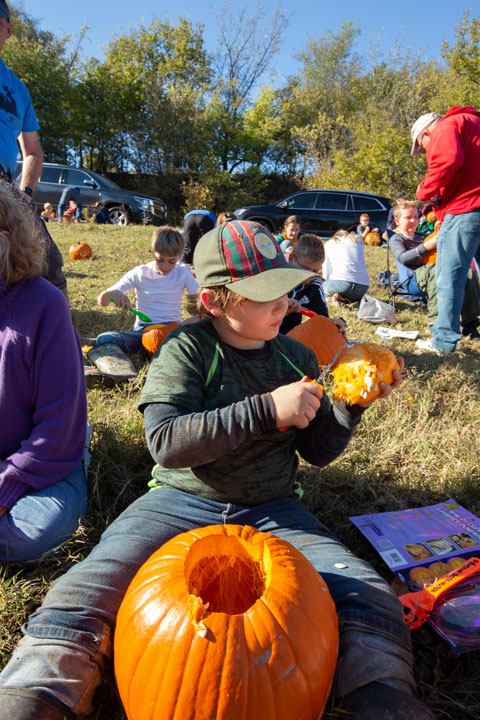 Nathan had already been part of two previous recruiting campouts, so he had a good idea of what worked and what wouldn’t.

“We want to show them how our troop functions and what we do,” he says.

It’s a way of showing the Cub Scouts that you’re with them every step of the way.

“I enjoyed it,” says Haley. “They were a little crazy. They were everywhere when we went on our hike and I was like, ‘You have to stay with me,’ but I really liked seeing all of the smiling faces.”

The key is to keep them interested. Ask them questions about themselves. Find out where they go to school. Ask what they like most about Scouting.

“Most of the time,” Nathan says, “they’re really interested in what we’re doing.” 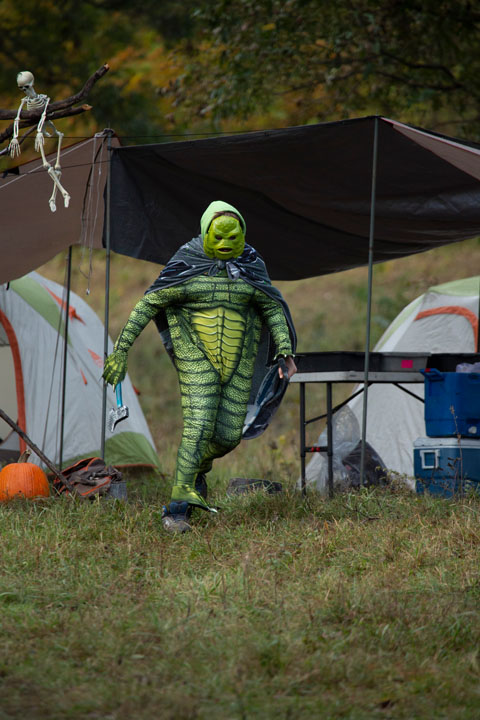 The event has grown so much that other Scout troops from the area are invited as well.

To go along with the Halloween theme, each year features a different “monster,” which is really one specially chosen Scouts BSA member in a costume. 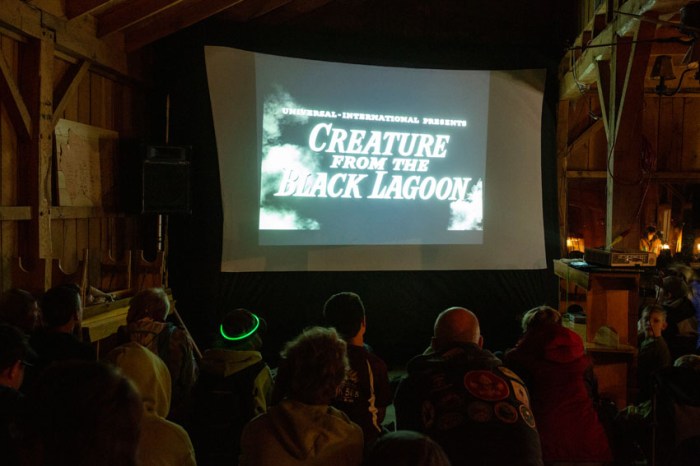 After starting with traditional monsters such as Dracula and Frankenstein, the group has had to reach for lesser-known ones. The most recent was the Creature from the Black Lagoon, a character that debuted in a 1954 movie but hasn’t seen a whole lot of action in Hollywood since.

Troop 26 keeps a display of all the monster costumes from past Hallo-Weekend events.