Many animals are capable of amazing feats. From whales diving nearly 10,000 feet to tiny hummingbirds flying nonstop for 1,300 miles, there’s no shortage of impressive tales. Sometimes, however, those feats are exaggerated or are simply not true.

Here are a few of the most popular animal myths.

MYTH NO. 1: Birds will abandon fallen nestlings touched by humans 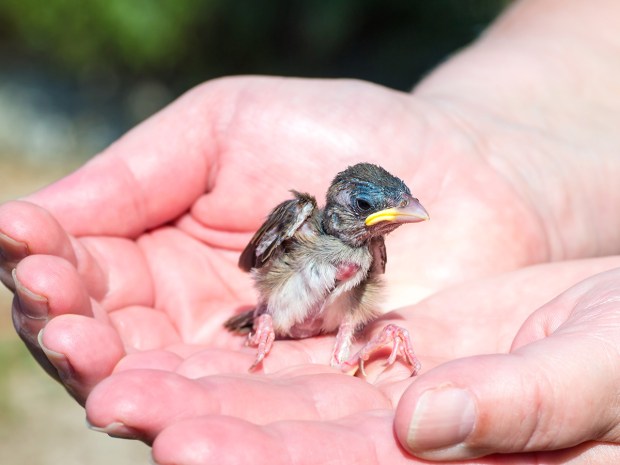 Birds have a poor sense of smell (vultures are one exception). However, the myth persists that if you return a fallen baby bird back to its nest, the parents will reject it because of your scent. Actually, bird parents don’t recognize their young by smell. So if you find a baby bird on the ground, one with few or no feathers, you may replace it in the nest (if it’s safe to do so) or you can call a licensed wildlife rehabilitator.

But if the nestling already has most of its feathers, it’s best to simply leave it alone, as the parents will continue to feed and take care of it.

MYTH NO. 2: Rhinos stamp out fires

The rhinoceros was believed to be attracted by campfires, and it would rush over to stamp out and “devour” the fire. European explorers brought these myths back with them from Asia with no scientific evidence to back them up.

Over time, the public got its continents and rhino species confused (there are five species in Asia and Africa), and the supposed fire-eating Asian rhinos eventually became the fire-trampling African rhinos portrayed in movies and TV.

MYTH NO. 3: Sharks can detect a drop of blood from miles away 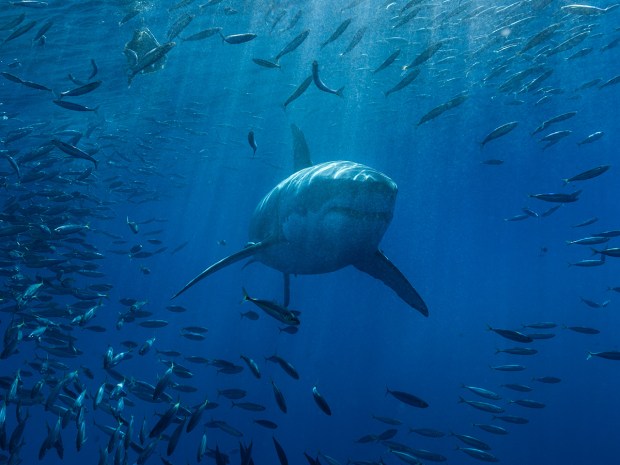 Unlike birds, sharks have an excellent sense of smell. Shark nostrils are lined with specialized cells that can detect tiny amounts of certain substances. As the myth goes, some sharks’ “noses” are so keen that they can detect one drop of blood from miles away or a drop in the equivalent of an Olympic-sized swimming pool. (That’s like a pinch of salt in 2,000 pounds of potato chips.) But not so fast, say marine biologists.

According to the latest research, a shark’s super sniffer is limited to more like several hundred yards (more like finding a drop in a backyard pool). While that’s still remarkable, it’s not quite as scary as in the movies!

MYTH NO. 4: Ostriches stick their heads in the sand 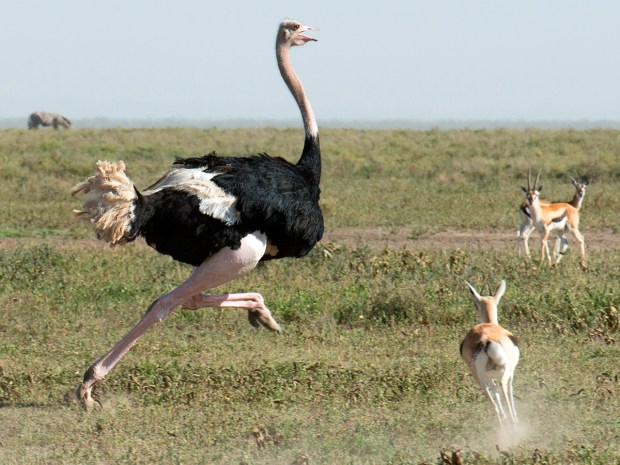 At 9 feet tall and weighing about 250 pounds, the ostrich is the world’s largest bird. As the myth goes, a frightened ostrich will bury its head in the sand to make itself “invisible” to predators. If that sounds like a “bird-brained” way to escape danger, you’re right!

The ostrich is one of the fastest land animals around (sprinting up to 43 mph) and over long distances can outrun cheetahs, lions and hyenas. However, when threatened, it will sometimes lie on the ground and play dead. When this behavior is seen from a distance, the ostrich’s head might not be visible, giving the false impression that its head is buried. Give the bird a little credit!

MYTH NO. 5: Giraffes sleep only 30 minutes a day 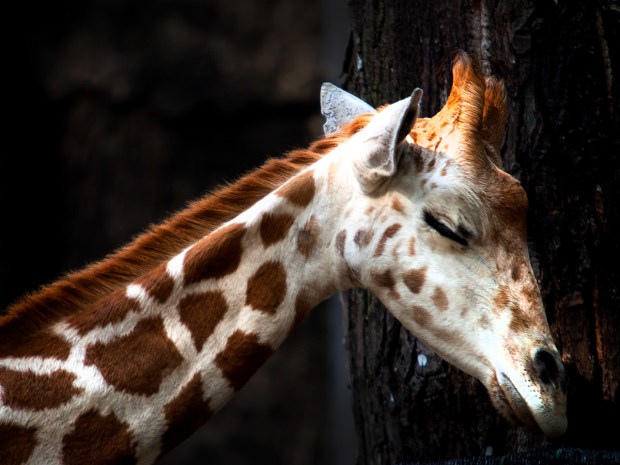 Giraffes, the tallest animals in the world, are not unlike many kids who refuse to go to bed on time. According to various myths, giraffes never sleep at all or sleep only half an hour per day. Why would they choose not to snooze? To keep their eyes constantly peeled for lions and other predators on the African plains.

That reasoning actually is sound (in part; they also need to spend a lot of time digesting their food). But in reality, these nearly two-story-tall critters actually sleep about 4 1/2 hours a day. That’s still not much, so how do giraffes get by on so little shut-eye? Their secret is power naps — lots of them. Giraffes get much of their sleep in five-minute bursts, sometimes with one eye open. They also manage to catch a good bit of their Z’s while standing up — the better to make a quick escape if danger appears. 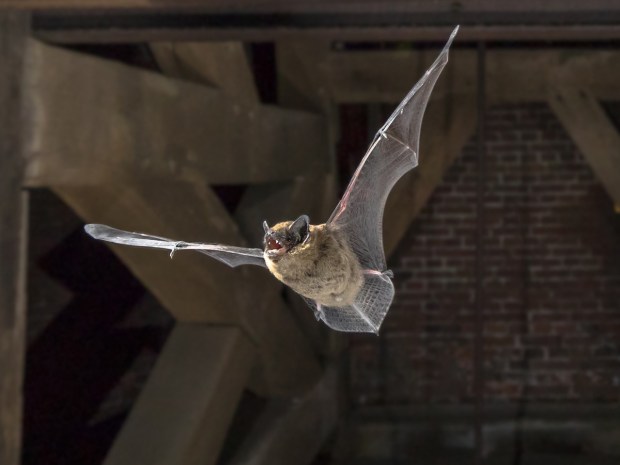 While their quirky flight style might be the origin of this myth, the truth is that all bats can see. Most bats don’t see colors as well as other mammals do, but they have awesome night vision, plus ultra-sensitive ears and echolocation (biological sonar). These super powers help them find food and avoid collisions. (Contrary to another myth, getting tangled in women’s hair isn’t a problem.)

Some insect-eating bats use a combination of vision and echolocation to hunt, orient and navigate, and some nectar-eating bats can even see ultraviolet light. These are wavelengths that humans can’t see, enabling bats to spot tasty flowers (that they help pollinate) blooming at night. The largest bats, called flying foxes, don’t need to echolocate, since they have good daytime and color vision, along with a keen sense of smell to find fruit.

MYTH NO. 7: Camels store water in their humps 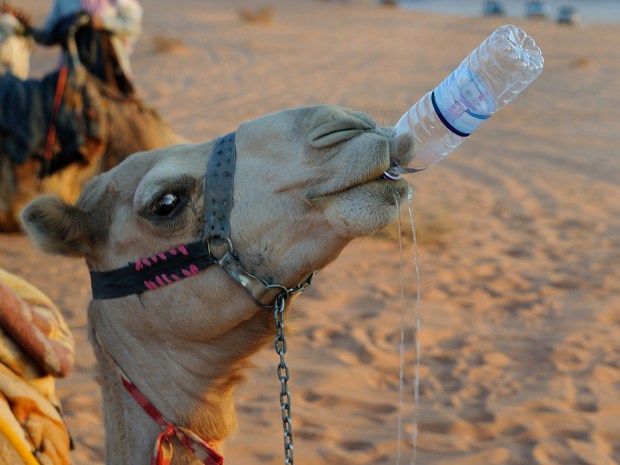 Right at home in the deserts of the Middle East and Northeastern Africa, the Arabian camel is well-adapted to extreme heat. It can go months without drinking water in the winter and up to five days in the summer. How does it do that? As the myth goes, camel humps function as water storage reservoirs.

In reality, though, those humps are full of fat — up to 80 pounds’ worth — of which camels live off when food and water are scarce. It also helps that camels’ bodies are built for conserving water.

9 Comments on 7 Animal Myths That Everyone Thinks Are True