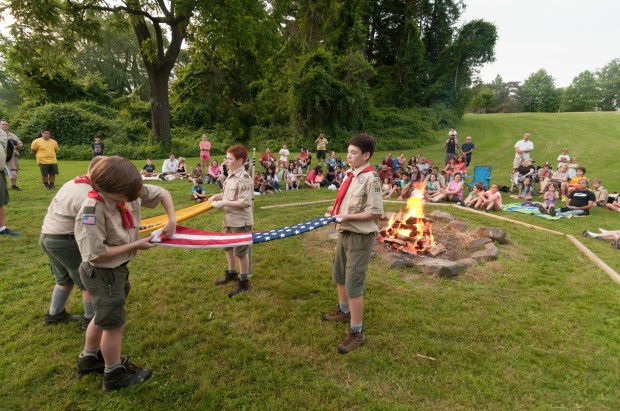 Community service is an important part of every Scout unit. That’s why two troops in and around the township of Radnor, Pennsylvania, join forces every summer to play host to Radnor’s Great Backyard Campout in a local park.

At one station, Scouts teach kids about backpacking basics. At another, they show kids how to cook food on a campout. There is an orienteering area and, of course, an area for a campfire with s’mores. 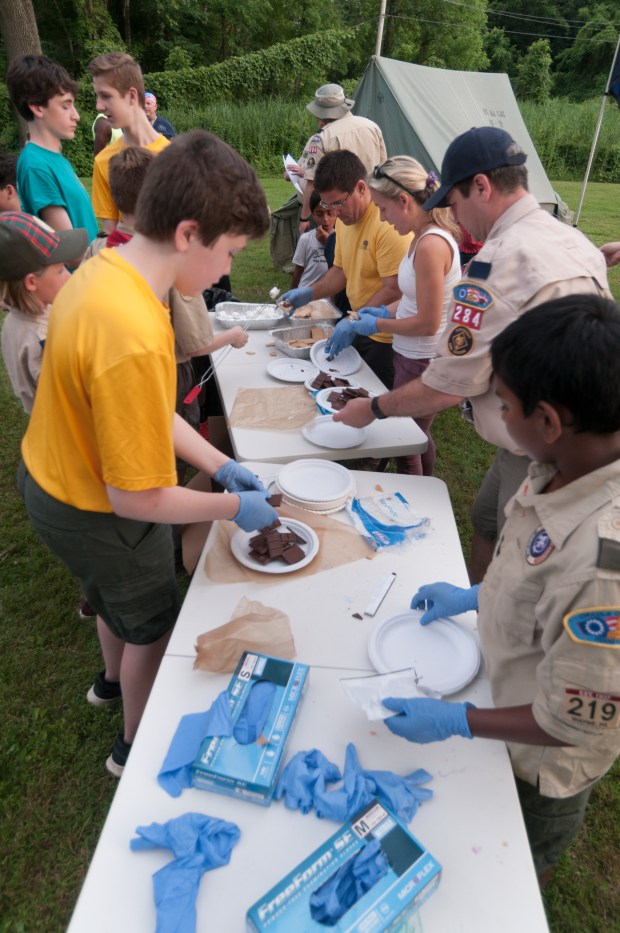 After dark, the community learns about astronomy and all you can see outside at night.

“I gave instructional talks to children about fire safety, knife safety and first aid,” says Clarke Piatt, 15, from Troop 284 in Radnor. “They were really into it.”

Troop 284 and Troop 219 from nearby Wayne provided most of the older Scout manpower. Cub Scouts from packs 284 and 19 helped out, too.

The activities start in the early afternoon and last well into the evening. Families are invited to camp out in the park. For many of them, it’s their first time spending the night outdoors.

“There were a lot of tents,” says Avery Tyrrell, a 10-year-old Webelos Scout from Pack 284. “Way more than we have for a regular Cub Scout campout.” 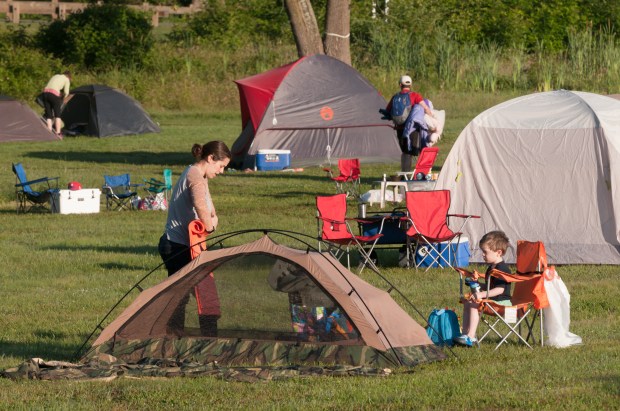 While Clarke was talking about fire safety, one of his fellow Scouts was building a campfire using the log cabin method, in which you stack the wood as if you were building a mini log cabin.

“I feel like not many kids get to truly experience nature and what it is to camp,” Clarke says. “This event allows us to show young kids what it is to be a Boy Scout and what it’s like to camp, and hopefully they’ll want to join Scouts in the future.”

Some of the youth participated in a scavenger hunt. They split up into one team of boys and one team of girls, and competed to see who could get to all of the spots the fastest.

We won’t tell who won, but we will report that everyone had a blast.

The older Scouts also led some community members on a short hike along a nearby stream. 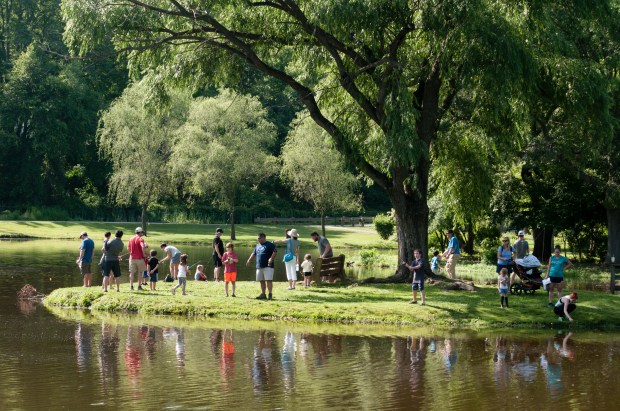 “It was nice because my neighbors that live across the street from us were there, and one of my dad’s friends and his grandchild was there,” says Alex, Avery’s 9-year-old brother, also from Pack 284.

As the sun sets on Radnor, Clarke helps a family set up a tent for the very first time.

“I think people came away really happy,” he says. “They had a good weekend and had a really good time.”

Check out photos from the campout in the gallery below!

Love stories like this? We’ve got exclusive stories just for subscribers. Get a year’s worth of the best and funniest and most interesting things you need to know for $12.