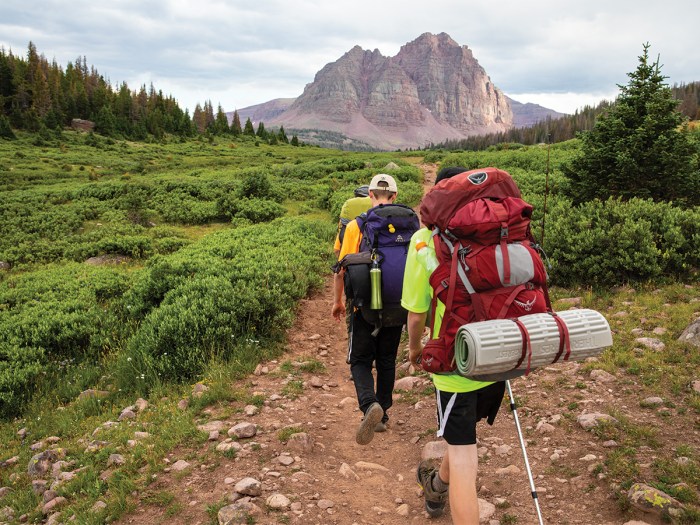 One hundred percent of all strenuous, rugged backpacking trips you’ll ever go on are 50 percent mental.

Think about that for a minute.

Whether you’re a varsity football player who lifts weights every day in the offseason or someone who just stays in good physical condition, you can walk farther, climb higher and accomplish more when you’re in the right state of mind.

Never was that lesson more valuable than when Troop 125 from West Jordan, Utah, backpacked 50 miles through Ashley National Forest in the Uinta Mountains. 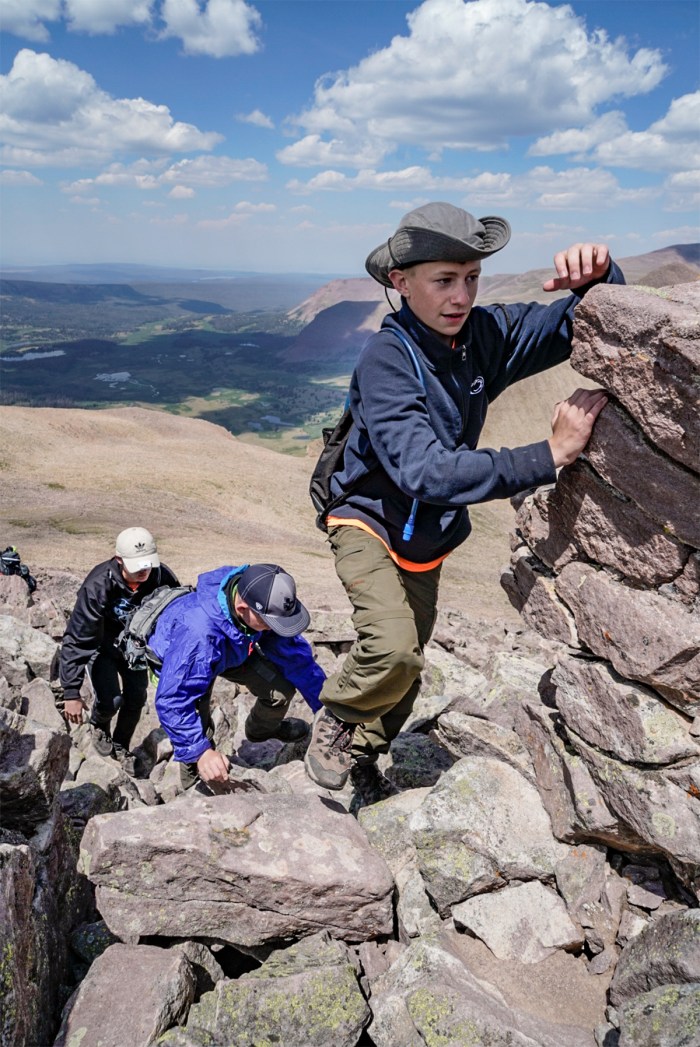 One of the goals of their trek was to climb Kings Peak, the highest mountain in Utah.

Sure, the guys were physically fit. Of course, they went on several practice hikes leading up to their trip. And obviously, they devoted several meetings to being prepared for what they’d encounter on the trail.

Sometimes you have to fight to get to the top of a mountain, and it’s not the size of the Scout in the fight that matters. It’s the size of fight in the Scout.

Think about that for a minute.

“Mentally, it can be challenging,” 14-year-old Jacob Olive says. “It was tiring, and it was long, but it was worth it in the end.” 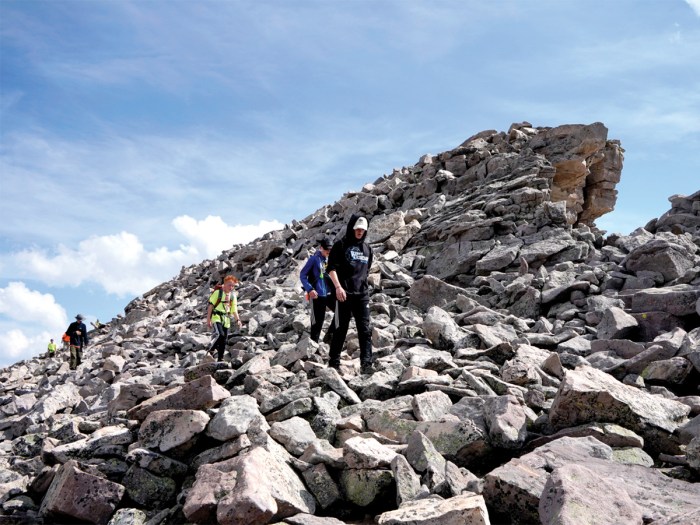 Like all epic treks, the Troop 125 trip didn’t begin when the Scouts hit the trail on a clear, early July morning. It began nearly a year earlier, with a serious discussion among the youth leaders about what they were capable of accomplishing.

“We were talking about where we should go, and someone suggested Kings Peak,” 14-year-old Daniel Jones says. “We all said, ‘Hey, guys, this is a serious hike that we’re going to be going on.’

“We talked about how difficult it would be. I think we were all prepared. Then we voted on it, and we all decided on Kings Peak.” 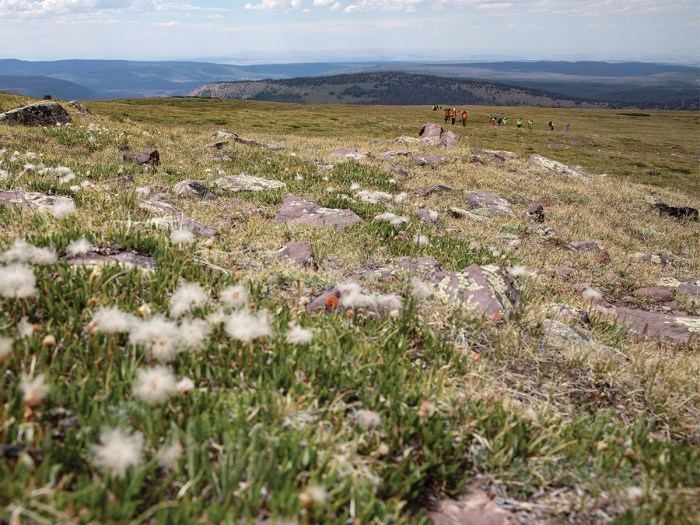 The Ashley National Forest consists of nearly 3,500 square miles of forests, lakes and mountains covering parts of Utah and Wyoming. Included in that area is a stretch of the Uinta Mountains, the highest range in the continental United States that runs east to west.

And within the Uinta Mountains is 13,534-foot Kings Peak, the tallest peak in Utah.

West Jordan sits at 4,373 feet — not exactly sea level, but a long way away from the highest point in the state.

This was going to be a tough one.

That’s where the practice hikes came in.

“It definitely helped a lot, not only physically but mentally,” Daniel says. “It gets hard on the brain. You can get really worn down up there.” 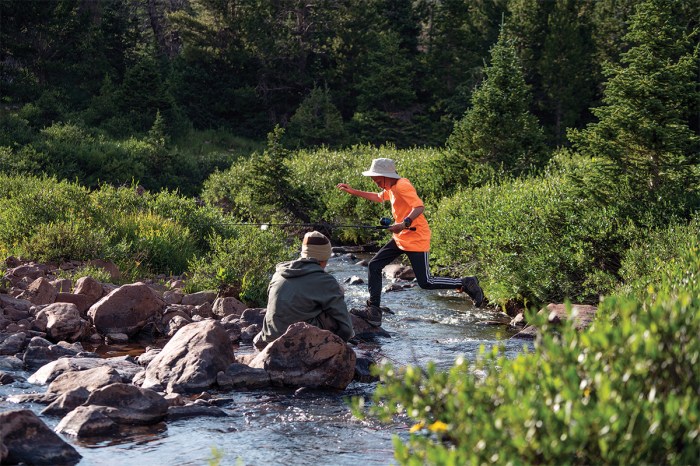 “It was really steep,” 12-year-old Gunner Beachem says. Gunner was on his first-ever Scout backpacking trip. “You’re really just getting used to having all that weight on your back for hours. It really hits you.”

The Scouts didn’t make it as far as they had hoped on Day One and had to set up camp early. The second day was better, but they were unable to make up for lost time and again had to stop earlier than they had planned. 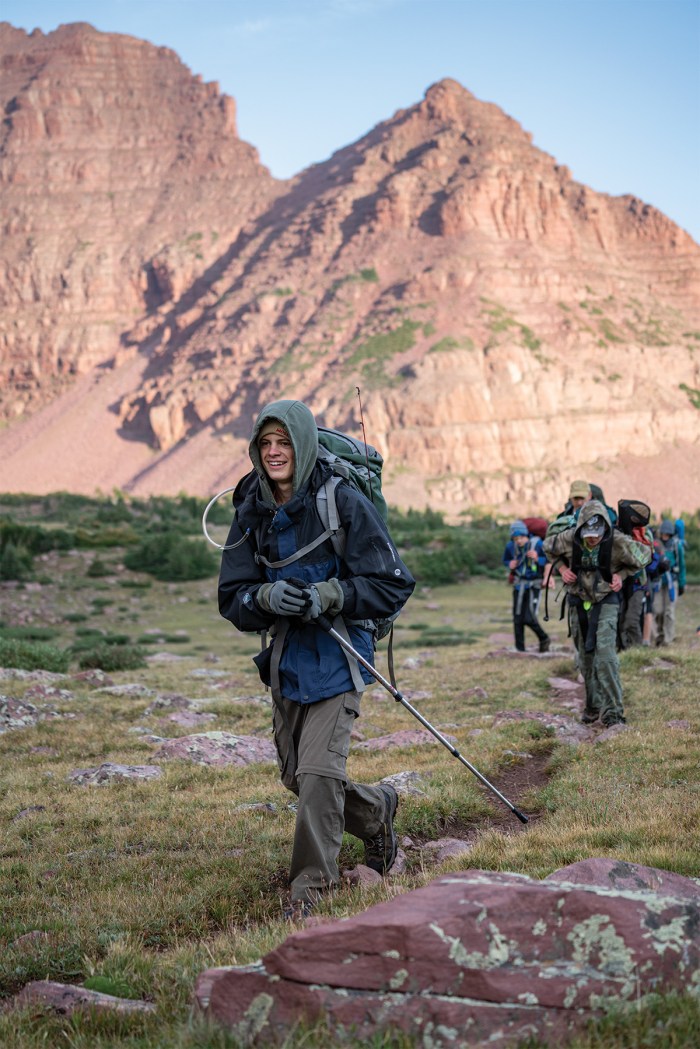 Discouraging? Not with this group.

On the third day, it was go time. Kings Peak was waiting, and that mountain wasn’t going to climb itself.

“We had to step it up on the third day,” says Matt Thompson, 12-year-old senior patrol leader. “It was easier, because all of us were feeling better.

“Everyone was really determined to hike faster and make it to the top. We had come that far, and everyone wanted to make it. So we really picked it up.”

Somehow, with the summit so close, their legs felt stronger and their packs felt lighter.

But really, who knows? Maybe it was all in their heads. 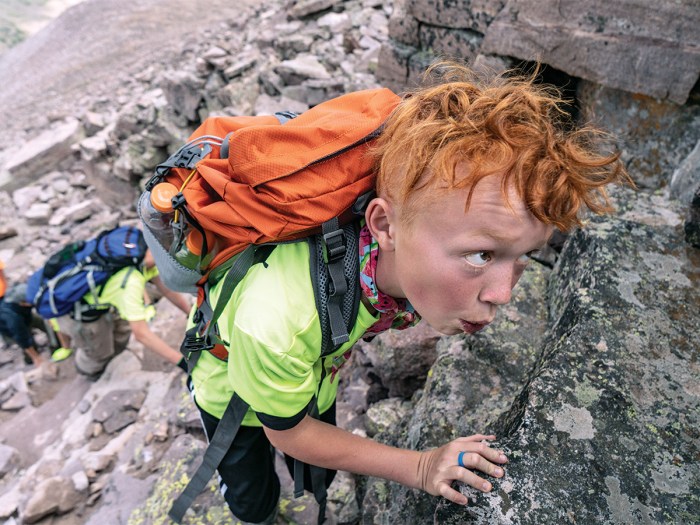 The trail up Kings Peak was not easy. But by then, everyone was mentally used to being on the trail. The group picked up the pace and made it to the summit with time to spare.

“The first step on the top of the mountain was the best,” Gunner says. “The feeling of accomplishment and getting to enjoy the scenery …

“I was going slow, but I really wanted to reach the top. I had that motivation.”

Standing on top of the world — or, at least, the state of Utah — was never more rewarding. 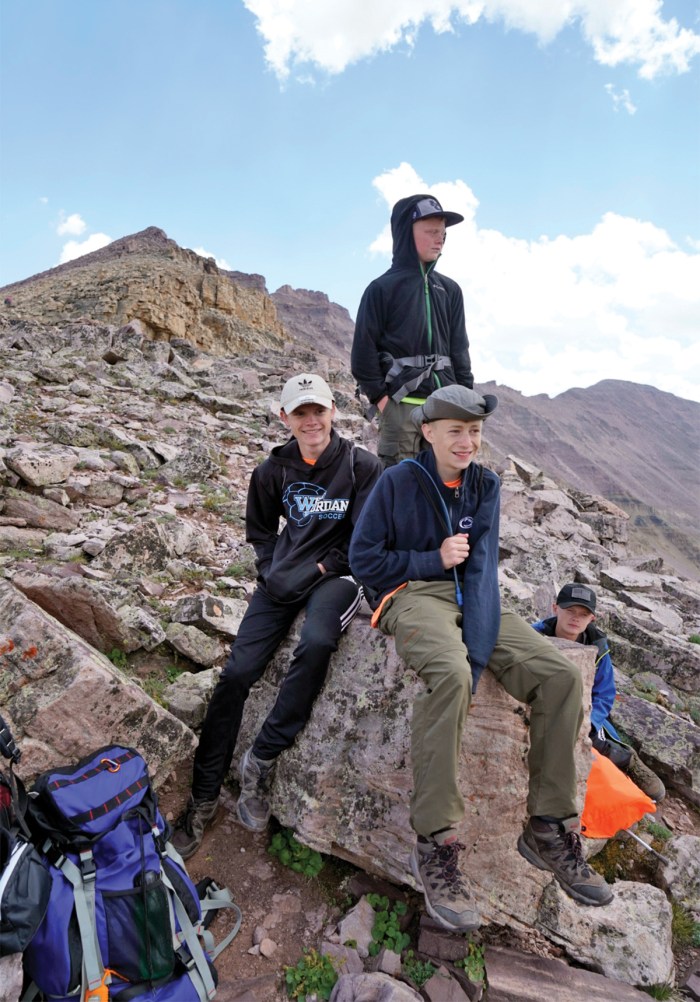 “It was just really nice up there,” says Kemmon Rawlings, 16. “The trip was really hard sometimes, but you get these really incredible views that not many people ever get to see. It’s very beautiful.”

The Scouts took their time enjoying the views before hiking down and exiting the wilderness.

Before they all headed home, there was one more night of camping to relax, have fun and talk about what they had accomplished.

“At the end, we were by a river, and I just laid down in the water and looked at the clouds,” Kemmon says. “I thought about what a cool trip I was on … and also how much I missed my bed.”