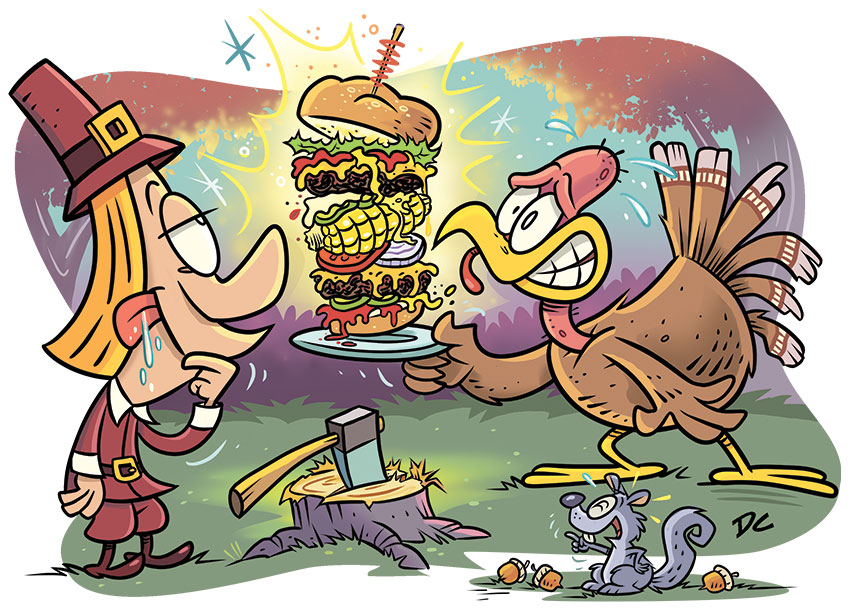 Pablo: What material did the turkey use to build a driveway?
Carson: Not a clue.
Pablo: Gobblestones.

Cresencio: What sound does a turkey’s phone make?
Amber: What?
Cresencio: “Wing! Wing!” 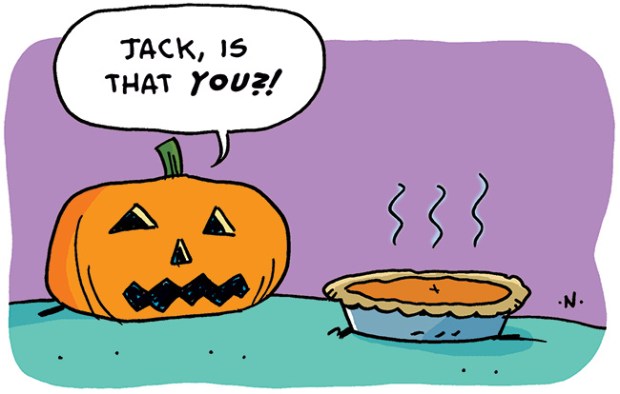 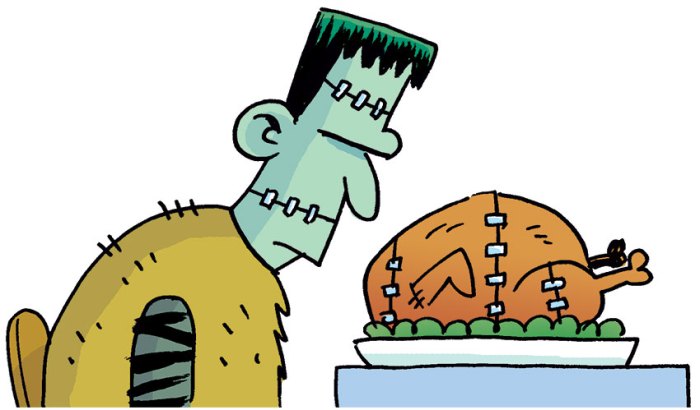 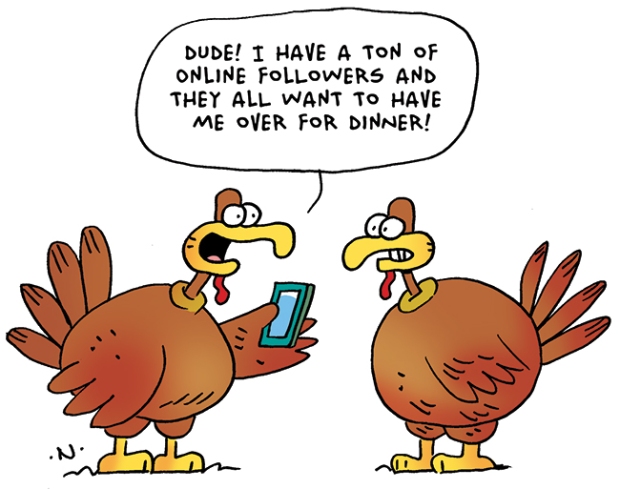 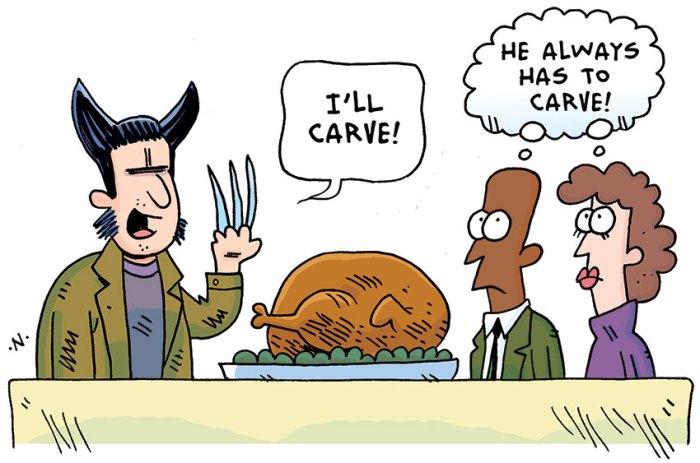 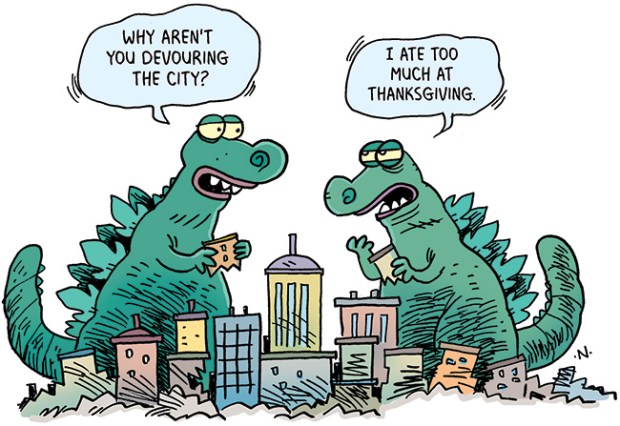 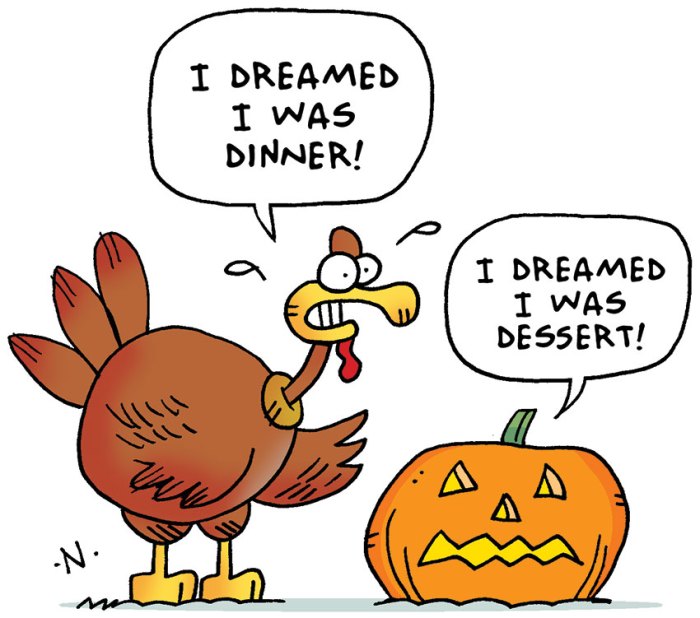 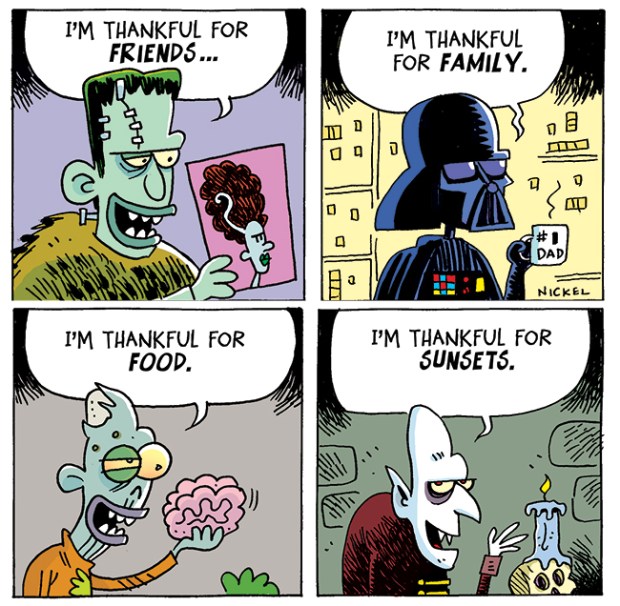 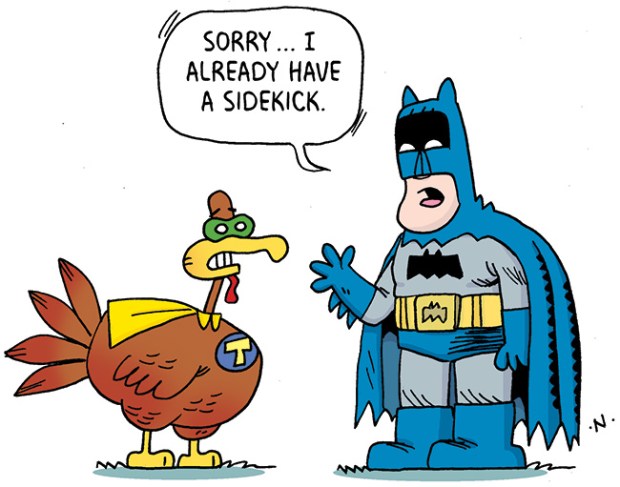 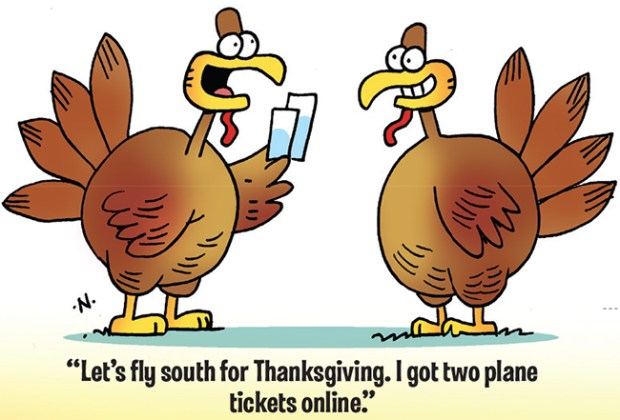 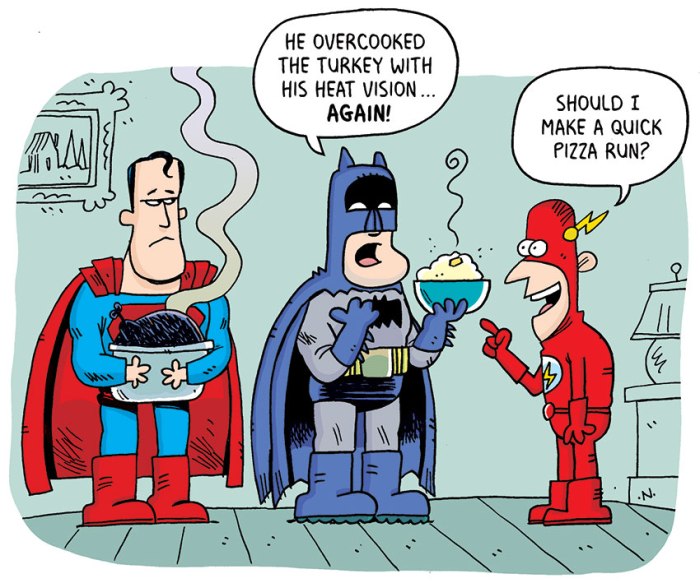 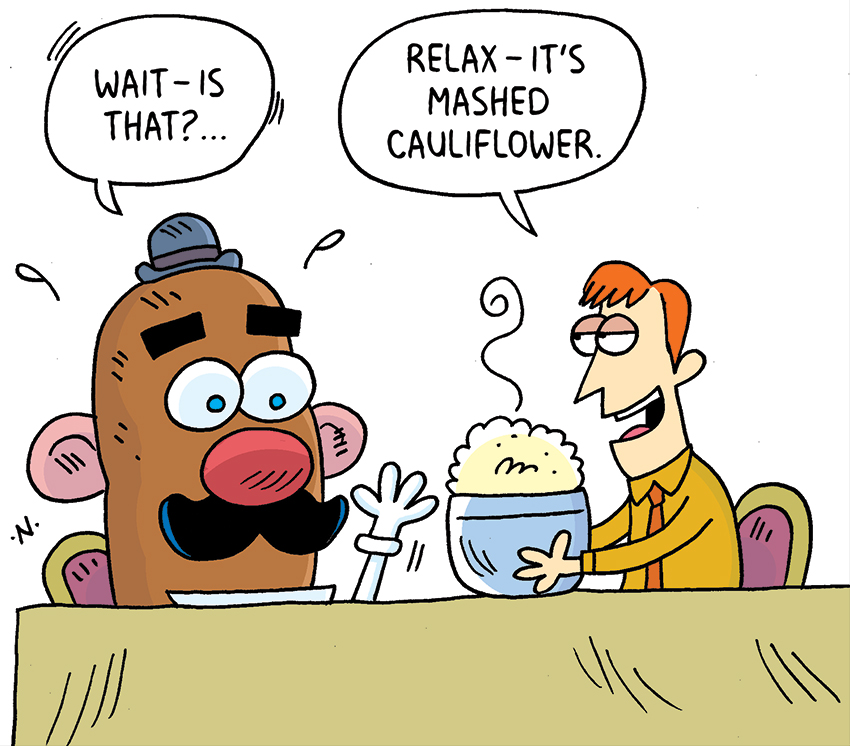 Jeremy: What smells the best at a Thanksgiving dinner?
Eric: Tell me.
Jeremy: Your nose. 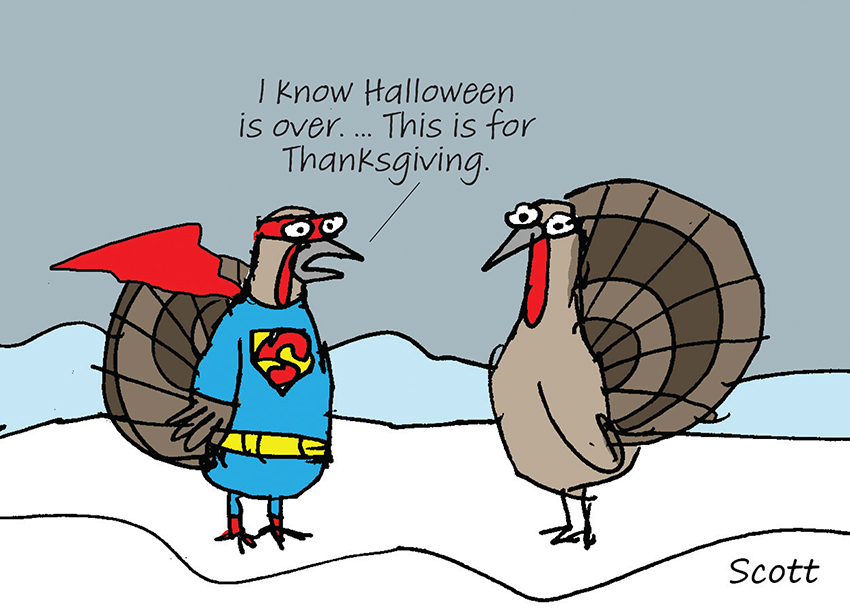 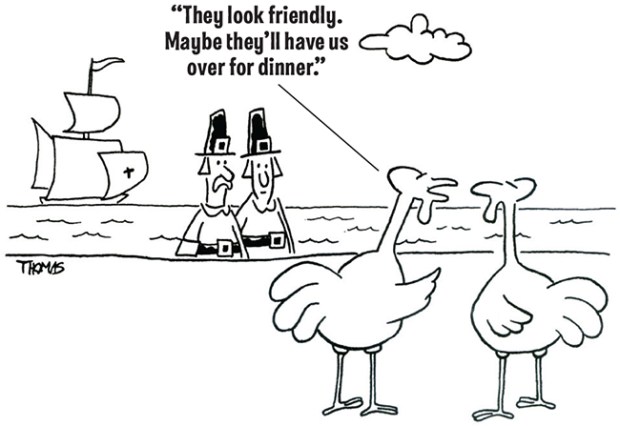 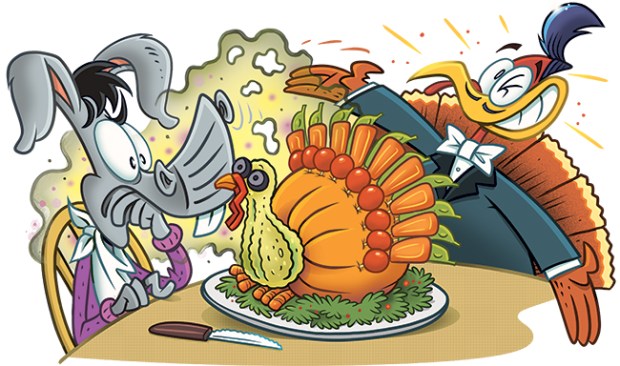 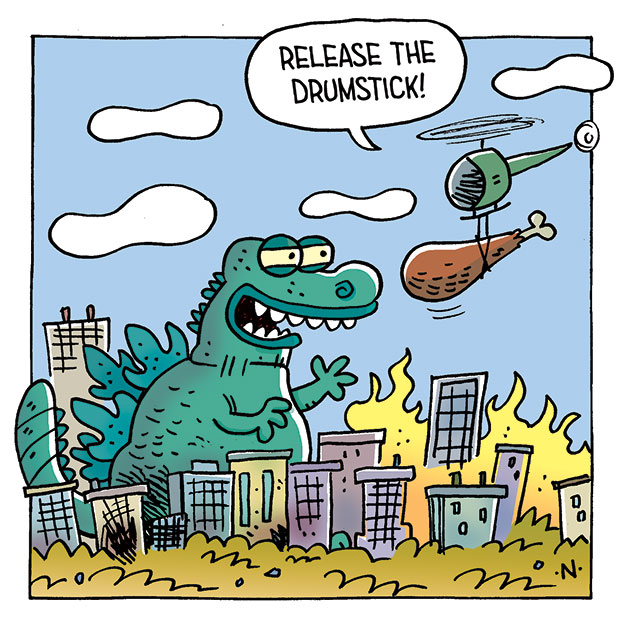 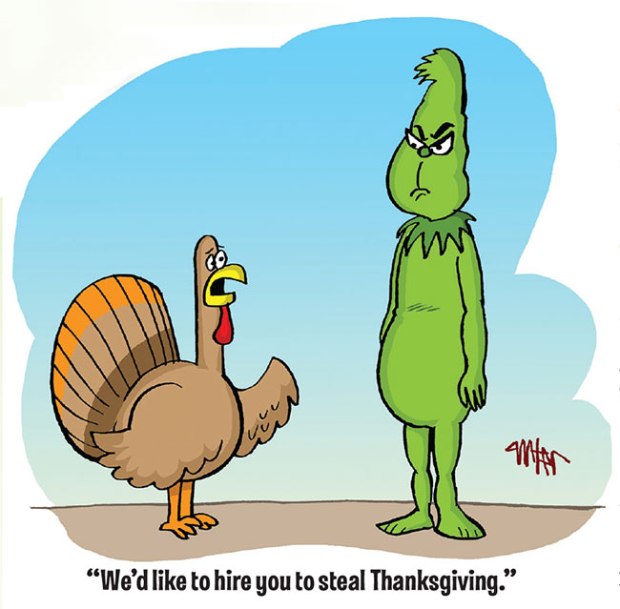 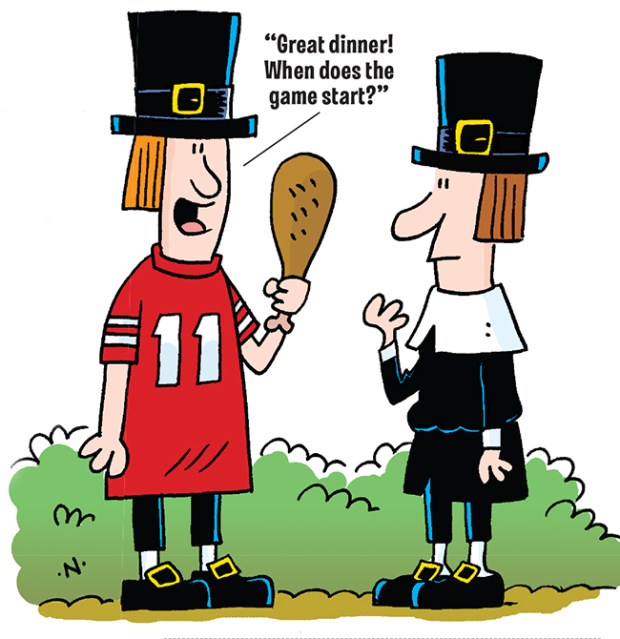 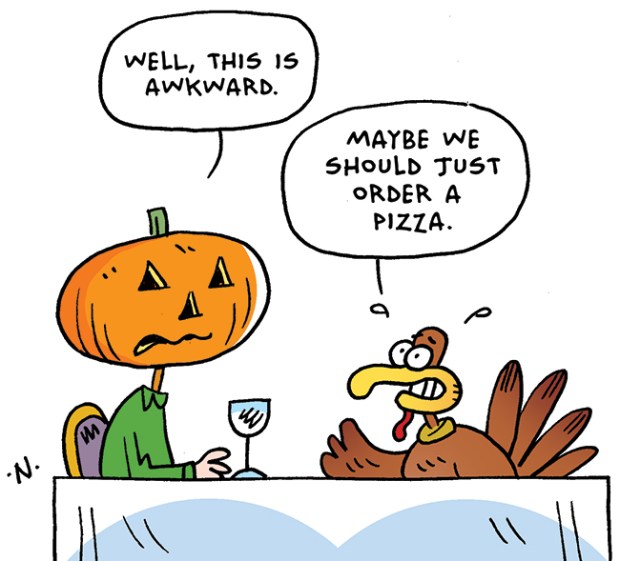 Keith: What do you call a turkey the day after Thanksgiving?
Faith: I’m stumped.
Keith: Leftovers! 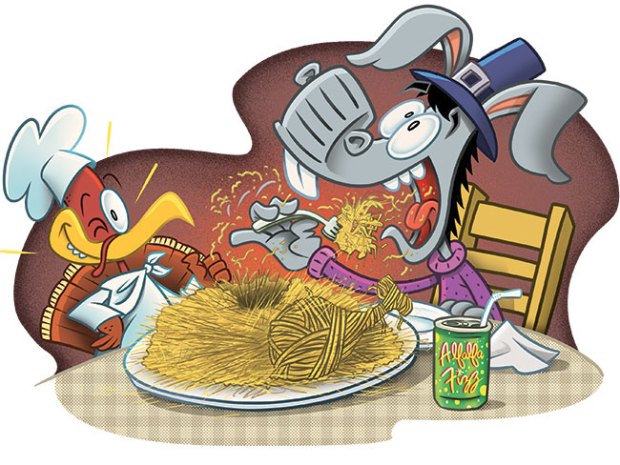