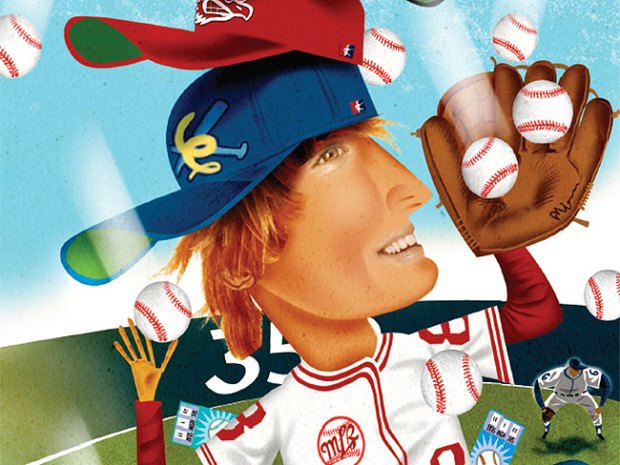 How often have you gone to a baseball game hoping to catch a ball that goes into the stands? It’s not as hard as it seems, says Zack Hample, author of “How to Snag Major League Baseballs.”

Hample has snagged almost 8,000 baseballs at 51 different Major League stadiums across North America. Here are his top five tips for getting one:

Teams warm up one to two hours before the game, so be the first person in the gate. You’ll have fewer people to compete with for foul or home-run balls, and you’ll occasionally find balls already lying in the seats when you arrive.

Sit on the aisle

You’ll need to move around to increase your chances. “Don’t get trapped in the middle of a long row. You need to be able to jump up and move,” Hample says.

Buy a hat for each team that’s playing

Players on the road love to spot their fans, and will often reward them by throwing them a ball. Change your hat according to who’s in the field.

For more tips, check out Hample’s Web site at www.zackhample.com.

49 Comments on How to Snag a Baseball