Nature is full of surprises, many of which are so rare that only a small number of people have ever witnessed them. Here are six examples of nature at its rarest. 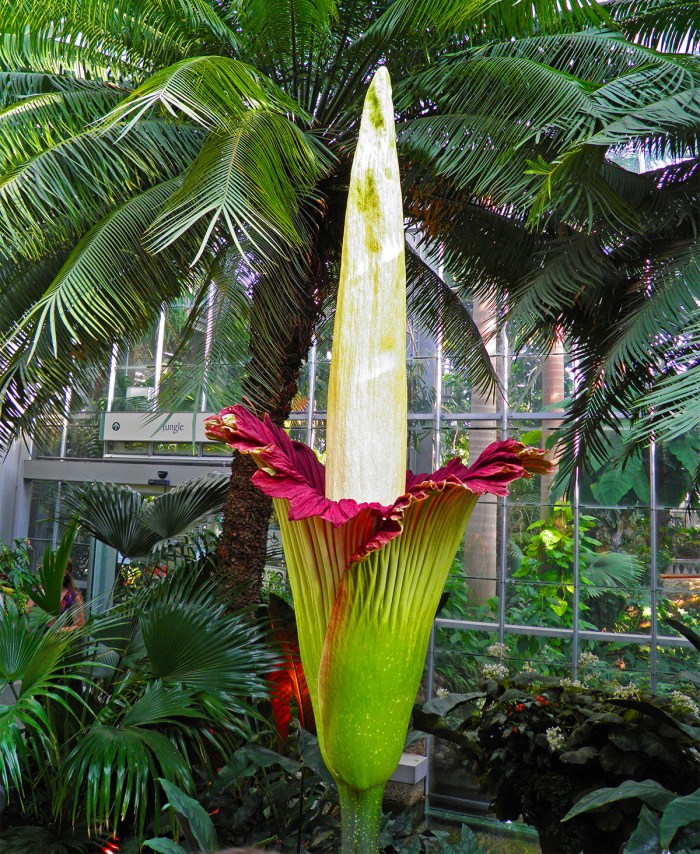 Looking and smelling like something straight out of a horror movie, the corpse flower (Amorphophallus titanum) is so named because it smells just like rotting meat.

Native to Asia, corpse flowers can take up to 10 years to bloom, and the bloom lasts just a day or two before it collapses. Corpse flower blooms are so uncommon that arboretums live-stream the events for all to see.

The stench emitted by corpse flowers is designed to attract insects that feast on dead animals, and the flowers further trick potential pollinators by warming up to a comfy 98 degrees. Researchers report that the various chemicals responsible for the plant’s horrific smell are also found in cooked onions, limburger cheese, rotting fish and smelly socks. 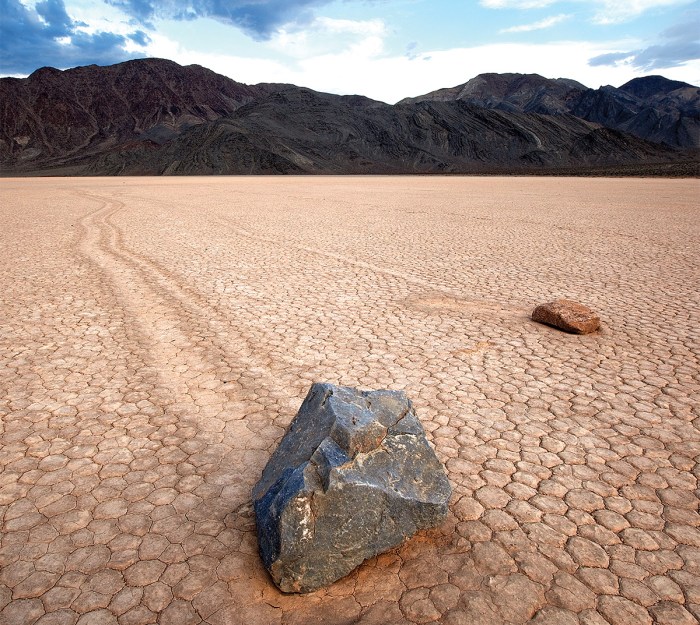 Death Valley National Park is one of the hottest regions in the world and home to one of nature’s most bizarre phenomena: rocks that move seemingly on their own, leaving telltale tracks behind them.

Known as “sailing stones,” their travels across the park’s Racetrack Playa in California went unwitnessed by humans until 2014, when researchers recorded movement using global positioning system and time-lapse cameras.

Over the years, explanations as to how the rocks move have ranged from an unknown magnetic effect to torrential rains, but the most likely answer is simple, researchers say: They glide on a delicate, windowpane-thin layer of ice and water, propelled by the wind. Some of the trails extend up to 1,500 feet. 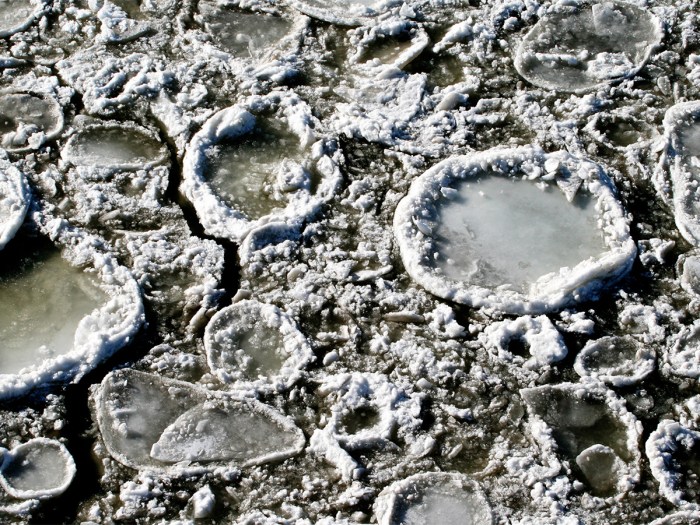 If you’re lucky enough to spot an ice circle, know that you’re witnessing one of the most unusual happenings in nature. Ice circles are thin, circular slabs that slowly rotate in rivers, streams and creeks. They require specific conditions to form, and they can appear and disappear within a matter of minutes.

Also known as “ice disks” or “ice pans,” ice circles have been spotted primarily in North America and Northern Europe but can materialize in any slow-moving body of water. Most ice circles are small, but disks of up to almost 50 feet in diameter have been reported. 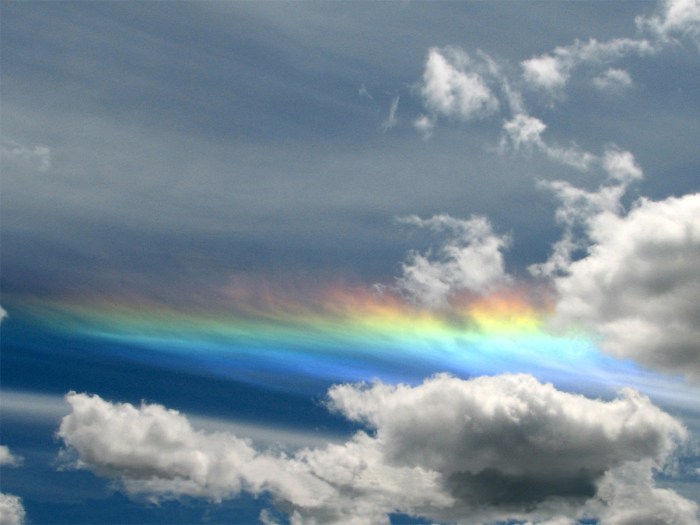 Fire rainbows have nothing to do with fire. They’re called that because they often exhibit a spectacular red or orange hue. Fire rainbows (known scientifically as “circumhorizontal arcs”) are rare because they require a specific combination of conditions to form.

First, the sun must be high in the sky. Next, there must be high-altitude cirrus clouds with plate-shaped hexagonal ice crystals facing parallel to the ground. The crystals act as a prism when sunlight passes through them, producing a gorgeous array of colors.

Keep your camera handy when working or playing outdoors — you never know when a fire rainbow will suddenly materialize. 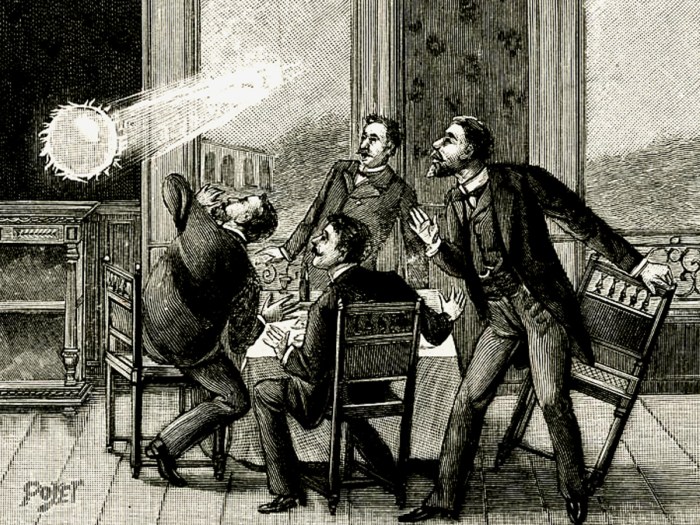 Ball lightning is among the rarest of weather-related events and also one of the least understood. Commonly described as colorful glowing orbs ranging in size from a few inches to the size of a grapefruit, ball lightning is most commonly seen hovering over the ground during thunderstorms, though it has also been observed around ships at sea and even inside airplanes.

Ball lightning occurs unexpectedly and usually lasts only a few seconds, which is why scientists know so little about it. However, research took a big leap in 2012 when scientists in China who were monitoring a thunderstorm managed to record a brief ball lightning event on high-speed video and analyze the ground where the lightning occurred. 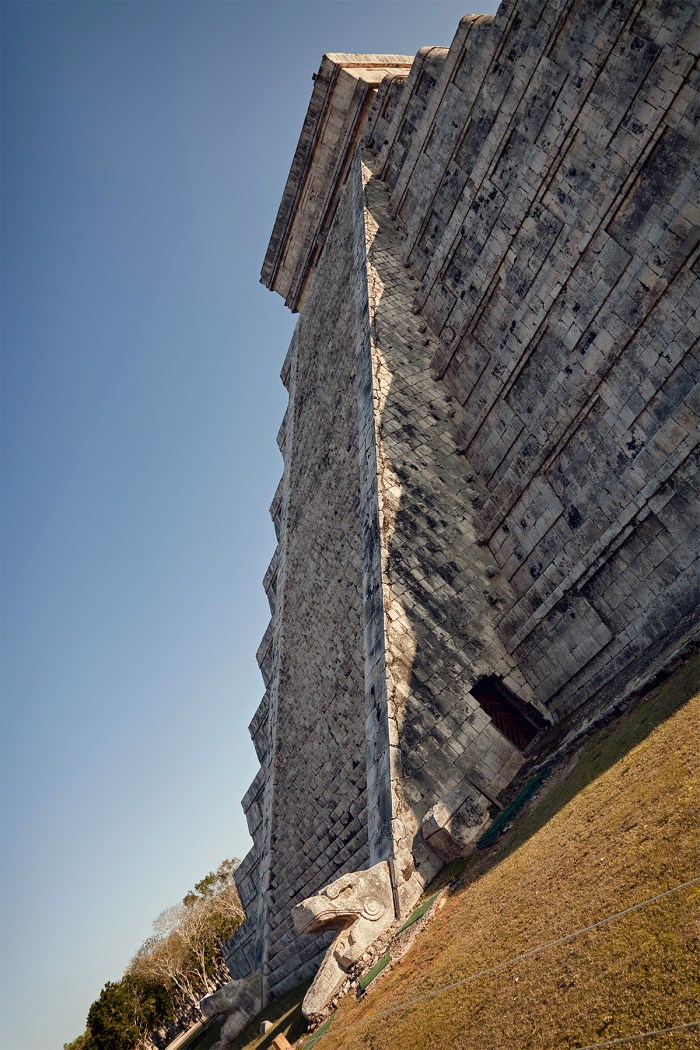 THE SERPENT GOD AT CHICHEN ITZA

Think of this as a collaboration between man and nature: Every year during the spring and fall equinoxes (when daytime and nighttime are about the same length), the rising sun creates the appearance of a giant snake slithering down the steps of the Pyramid of Kukulcan in Chichen Itza, Mexico.

Built around 900 A.D., the nearly 80-foot-high pyramid is a testament to the astronomical and architectural abilities of ancient Maya. The Mayans intentionally crafted the pyramid steps in such a way that triangular shadows would give the appearance of a snake when the sun hit the structure just right.

Completing the illusion is a large carved snake head at the bottom of the steps. The snake god has become a very popular tourist attraction, with enthusiastic crowds gathering at the pyramid on the equinoxes to watch the sun-created reptile make its journey