Micah Louvierre had used a hammer before, but never like this.

“I’ve swung hammers. I just didn’t know how to get it there in the fastest amount of time,” he says. “It took a minute to figure out.”

The nail-driving competition wasn’t the only thing Micah figured out last summer at the Skilled Trades Camp in St. Louis, Missouri. The BSA’s Greater St. Louis Area Council sponsored the camp to help teens explore careers in the skilled trades, such as carpentry, where you use your hands and your brain in equal parts. 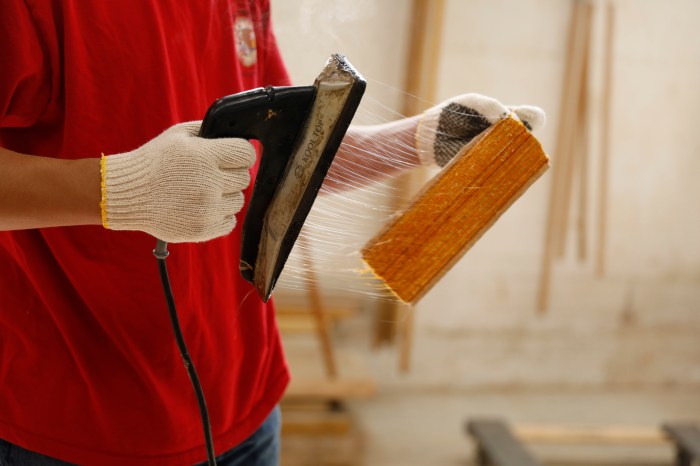 The camp also introduced the teens to Exploring, a BSA program that focuses on learning about careers. And it helped them think about a big question: What do you want to be when you grow up?

The four-day camp was based at South Technical High School, where students can learn about 26 different career fields. It might sound boring to spend time at school at the beginning of summer break, but this camp was nothing like summer school.

For one thing, South Tech is all about hands-on learning. For another, the campers got to visit job sites and training centers across the area. 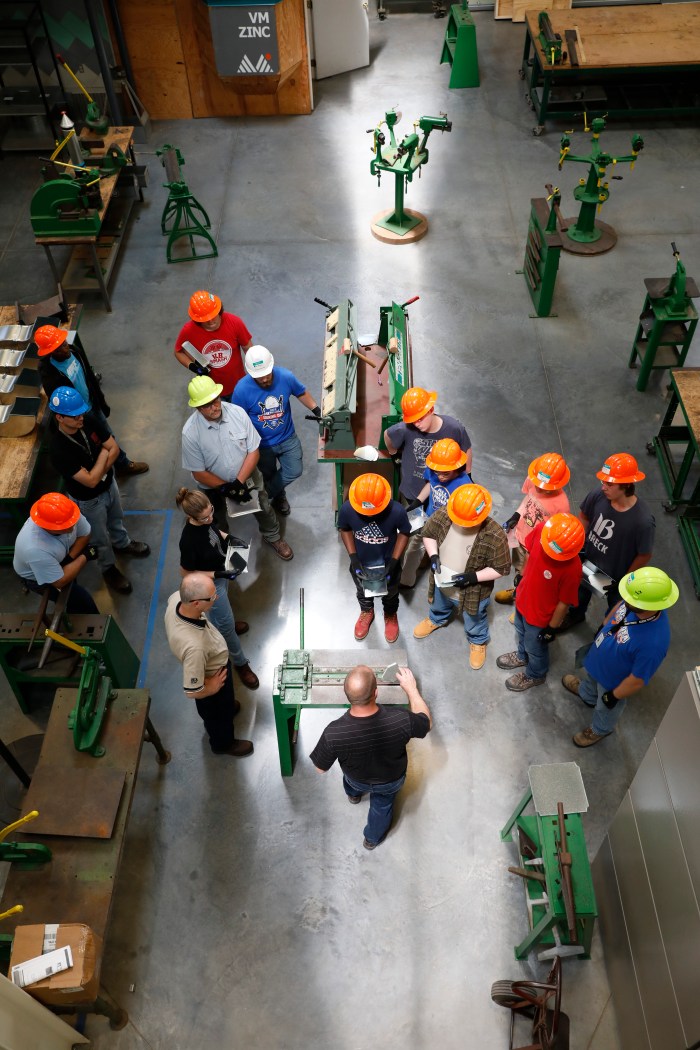 Including Micah, 10 middle- and high-school students attended the camp.

“It was very enjoyable to go to, and you got to learn a lot,” he says. “It’s something I would recommend.”

Day 1 began with that nail-driving competition. The participants learned to hammer nails as quickly as possible without sacrificing safety. It’s a much-needed skill on a job where there’s a lot of hammering to do. Then the campers traveled to nearby jobsites to see carpenters in action. One was a new neighborhood with houses at various stages of completion; the other was a retirement community.

Camper Alex Kopff, 16, says he was impressed by the teamwork he saw at each site, with different workers focusing on different tasks to reach a common goal.

But what impressed him the most was how the sheet-metal workers were creating ductwork to support the buildings’ HVAC (heating, ventilation and air conditioning) systems.

“I liked the HVAC, because you have to figure out what the problem is and find the solution,” he says.

On Day 2, the campers took a field trip to a training facility for laborers. There, they learned that being a laborer is about more than just working hard. Jobs in this field include everything from bricklaying to demolition.

The teens didn’t get to blow up anything, but they did learn the hand signals that crane operators rely on.

“We used the signals to tell the person where to move the crane and when to go down and back up and everything,” Micah says. 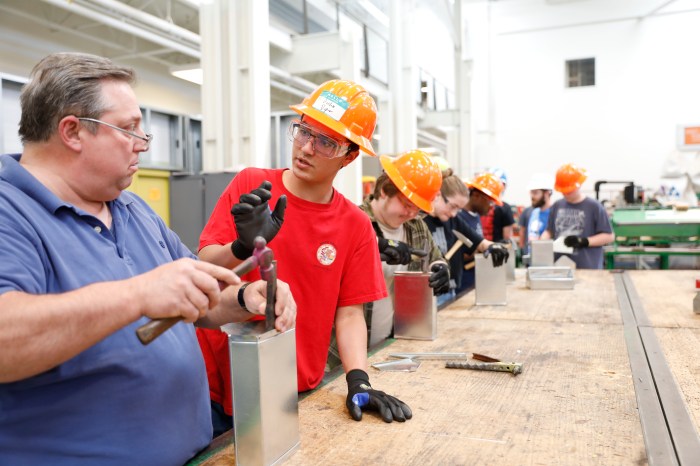 On the third day, the campers visited a sheet-metal union’s training facility, where they built toolboxes that they got to take home.

They also got to view demonstrations of two heavy-duty machines. The sheet metal brake is a device used to bend sheet metal, while the computer-controlled plasma cutters cut through steel up to 6 inches thick with a jet of superheated ionized gas.

The campers spent Day 4 at South Tech, where they learned about some other skilled trade possibilities, including floor-laying. The main project that day was to create an inlaid design in carpet. Each teen traced a design onto one carpet square, cut it out with a craft knife and then made a matching inlay out of a second carpet square.

“You can kind of see the letters on it,” he says. “I’d used one of those knives before in art to carve stuff out.”

Ryan is taking classes at South Tech this year, so he’s picking up many more skills than the camp could cover.

He’s interested in a career in automotive engineering, but he thinks the time he spent learning about other trades was still valuable.

“I’d like to help around the house, and if something’s broken, fix it,” he says.

So would he recommend the camp to his friends?

“Yes. Everybody should go through it,” he says. “It’s really fun.” 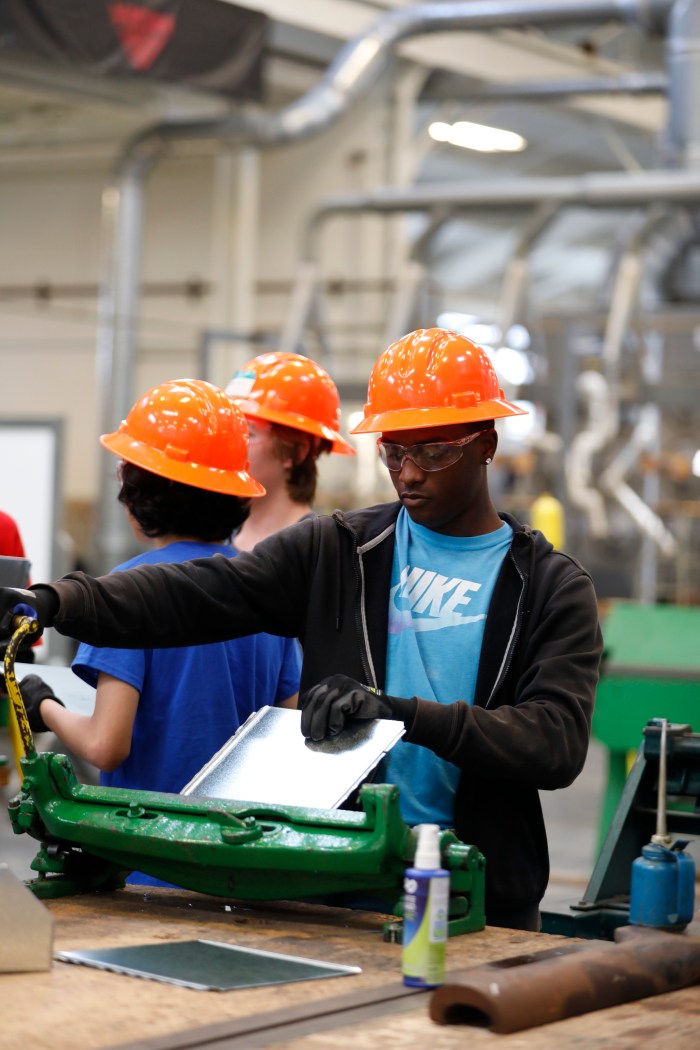 Exploring is a hands-on, worksite-based career-education program that covers 12 career areas — everything from aviation and health care to law enforcement and skilled trades. Learn more at exploring.org