Sometimes pulling weeds is about more than making an area look pretty.

It’s about saving it.

Invasive species of plants make up 70 percent of the overall invasive population in National Park lands. According to the National Park Service, “they have the ability to displace or eradicate native species, alter fire regimes, damage infrastructure and threaten human livelihoods.”

That’s why Brian Wong, a Scout from Troop 282 in Martinez, California, recently organized a giant weed-pulling project. A plant called Italian thistle was colonizing large areas near his community, and Brian and his volunteers were going to do something about it.

The group removed about 4,000 plants in three hours. 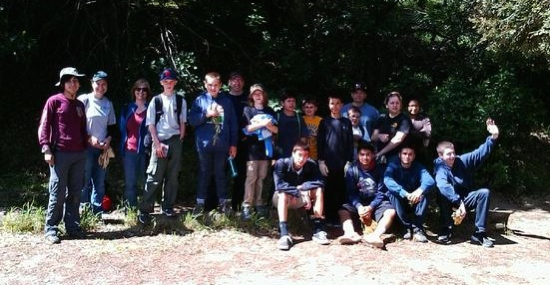