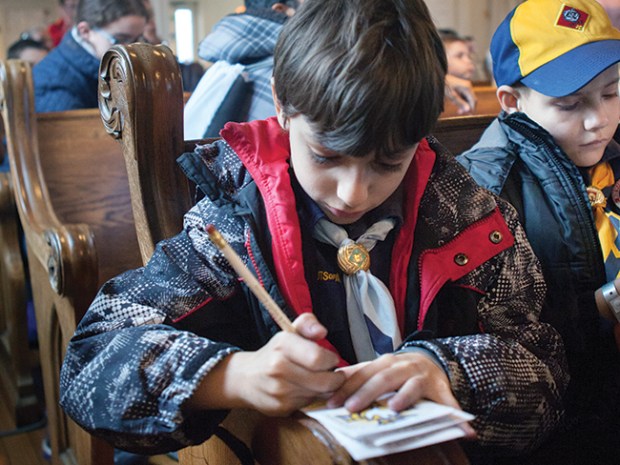 All of us are different. At the same time, we have so much in common.

That’s the idea behind the Theodore Roosevelt Council’s interfaith Ten Commandments Hike. Around 500 Scouts spent a little more than six hours walking through Bellmore, New York, stopping at eight houses of worship along the way.

“If you know what someone’s faith is, it helps you respect their faith and respect them, and know what their beliefs are,” says Pasquale Correale, a Cub Scout from Pack 109 in Valley Stream, New York.

Eight stops; eight religious houses. All of them were different but had so much in common.

At each stop, the Scouts spent about 15 minutes talking with a spiritual leader from that house of worship. They learned about the history of the house, the unique practices of that religion and significant artifacts in the sanctuary.

It was an eye-opening experience for many of the Scouts, especially the ones who had never set foot in a house of worship other than their own.

“My religion is Catholic, and we don’t wear hats in church,” Pasquale says. “In the Jewish faith, they actually put caps (called yarmulkes) on. And Muslims take off their shoes.”

The BSA’s religious emblems program can help you learn more about your faith. Learn more at go.scoutlife.org/religiousawards