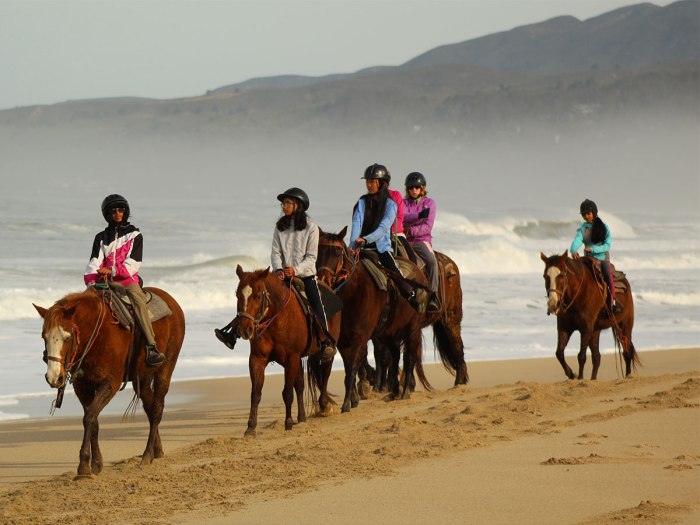 Astride her horse, Tenderfoot Scout Ritika Putta, 13, took a moment to enjoy the scenery as she rode along the beach.

It had been a long, busy weekend at California’s Half Moon Bay State Beach, just south of San Francisco, where she and her troop worked on orienteering skills, knots, knife and ax safety, native plant identification, first aid and cooking. A 90-minute ride was a relaxing way to end an intense campout.

“There were some beautiful views while riding, and it was quiet out in the morning,” Ritika says. “It was a peaceful, calm ride that let me have some fresh air.” 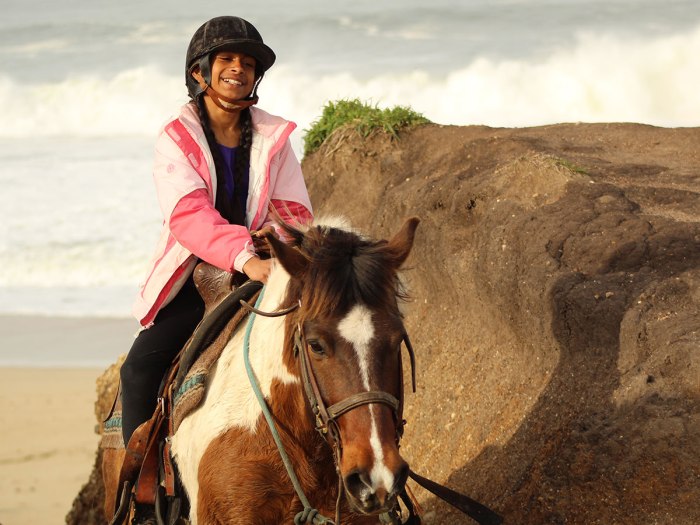 The weekend campout last year served primarily as a skills workshop for girls Troop 220 of Fremont, Calif. The majority of the troop is younger, so most Scouts are focused on learning the necessary skills to earn the Tenderfoot, Second Class and First Class ranks. But that didn’t mean they couldn’t schedule some horseback riding, an activity appropriate for Scouts as young as Wolf.

Horsemanship has been a Scout skill since the BSA’s inception more than 100 years ago. It was one of the original merit badges in the 1911 handbook, and equestrian knowledge was essential for other early badges like Blacksmithing (make a horseshoe and know how to shoe a horse correctly) and First Aid to Animals (be able to treat a horse for colic). 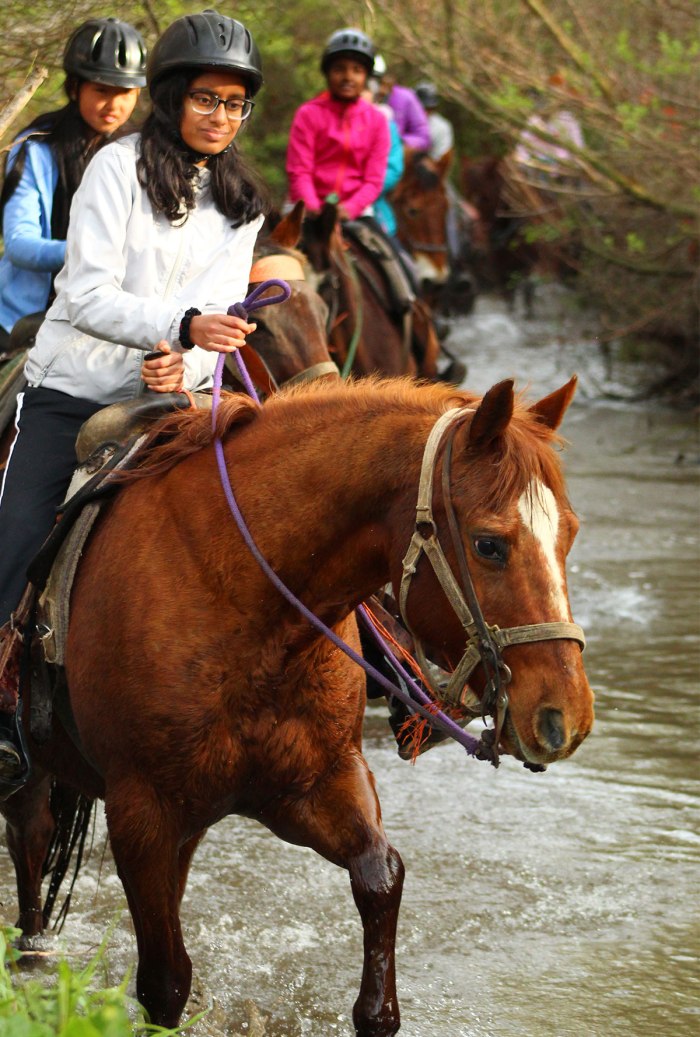 At this campout, though, Scouts were learning the basics. The troop booked with Sea Horse Ranch, a guided horseback riding company located near the campgrounds. A company guide led the girls on a 1-mile ride.

“I loved the horses, and it was beautiful on the beach,” 11-year-old Scout Meaghan Lovato says.

FROM STUDENT TO TEACHER

The equestrian excursion capped off a campout designed to build leadership and confidence. Grabbing their handbooks, younger Scouts looked to the older ones to show them how to tie lashings, use an ax safely and administer first aid. 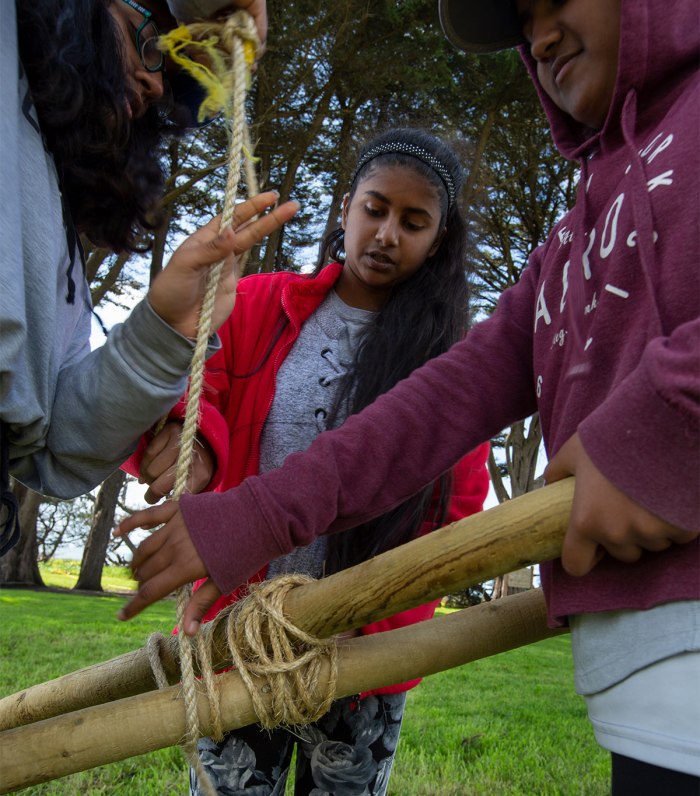 “The students this year will be the teachers next year,” Scoutmaster Lee Amon says.

That makes proper instruction especially important. Each skill builds upon itself. If you don’t grasp how to tie basic knots as a Tenderfoot, you might have a tough time creating a camp gadget using lashings to earn the First Class rank.

Some skills require plenty of practice to master.

“It’s easy to untie lashings but not tie them. I overcame these challenges by practicing the techniques over and over again and asking questions,” says Athira Biju, a 12-year-old Tenderfoot Scout. “Now that I practiced the techniques, I feel more confident, and I am not scared to make mistakes.”

PUSHING THROUGH TO FUN

You can grow as a leader and a friend through any Scouting experience, even challenging ones.

The first night, Troop 220 set up camp in a storm. Tents were battered by the wind all night, and some flooded. The second night, patrols made monkey bread, chocolate lava cake, marble cake and cheesecake during a Dutch oven dessert contest. 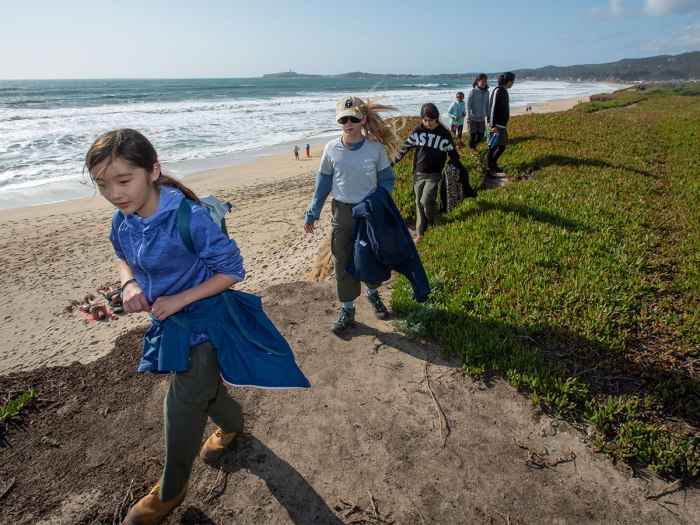 “We bonded as a patrol during cooking,” 13-year-old Tenderfoot Scout Srihita Ponnam says. “That helped us forget the hardships we faced.”

Remember, a Scout is cheerful. When you have fun activities, good food and Scouting skills planned, it’s easy to overcome a rough start to an outing.

“I learned that while things may not always go smoothly on trips, it is important to push through and just to have a good time,” says Felicia Lim, a 16-year-old Tenderfoot Scout.

Troop 220 didn’t settle for an outing just on basic Scout skills. They added another activity — a horse ride on the beach — to make the campout even more memorable. You can do the same on your unit’s next trip. 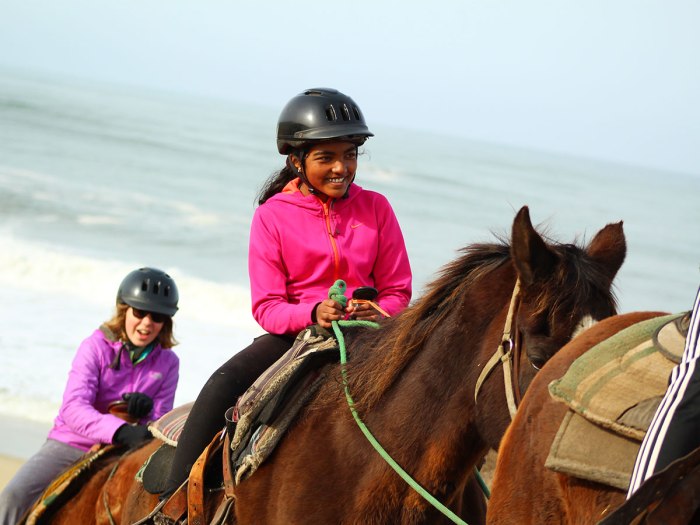 Look for fun opportunities near where you’ll be. Is there a neat museum to stop by on your drive back home? Maybe there’s a paddleboat company at the lake where you’ll be camping?

Try to fit extra activities into the original schedule and budget. If it’s a late addition, consult with adult leaders and fellow Scouts as soon as you can to see if making changes is possible. You can also plan fundraisers to cover any extra costs.

Before you hit the trail, let’s review some rules.

Wolf, Bear, Webelos and younger Scouts can ride horses in controlled areas. Only older Scouts — ages 14 and up (or 13 and have completed eighth grade) — should go on treks, which usually cover many miles over multiple nights and can be a physically demanding adventure. 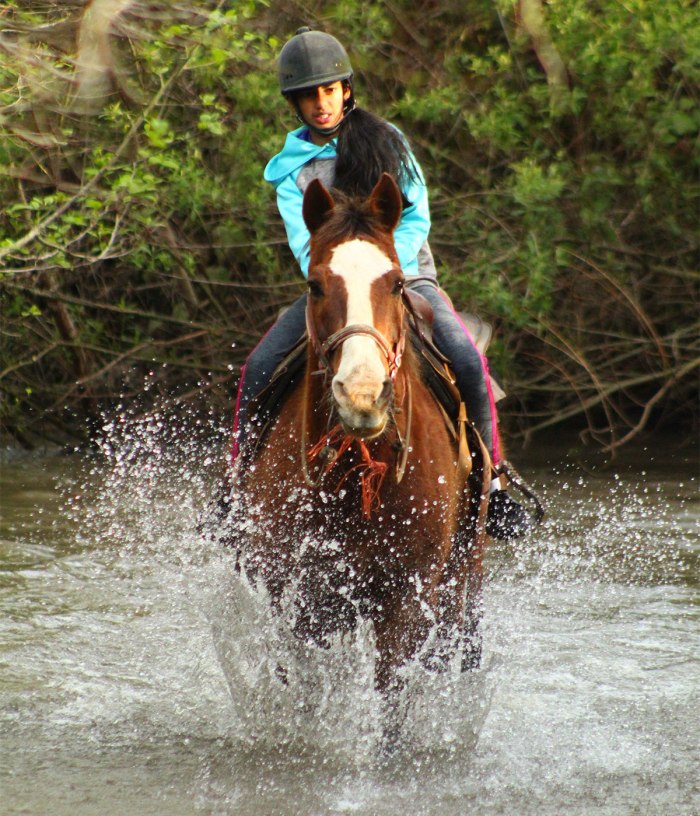 Wear sturdy boots with 1-inch heels when riding. If stirrups are equipped with leather coverings (called tapaderos), wearing tennis shoes can be allowed. Without the coverings, you could get seriously hurt if your shoelaces or shoe tongues get caught in the stirrups. Don’t wear sandals.

Wearing gloves is recommended; wearing long pants and an ASTM-SEI-approved riding helmet is required. Your helmet should be fitted correctly and have chinstraps.

1 Comment on Troop 220 Fits Plenty into a Weekend, Including a Beachside Horseback Ride