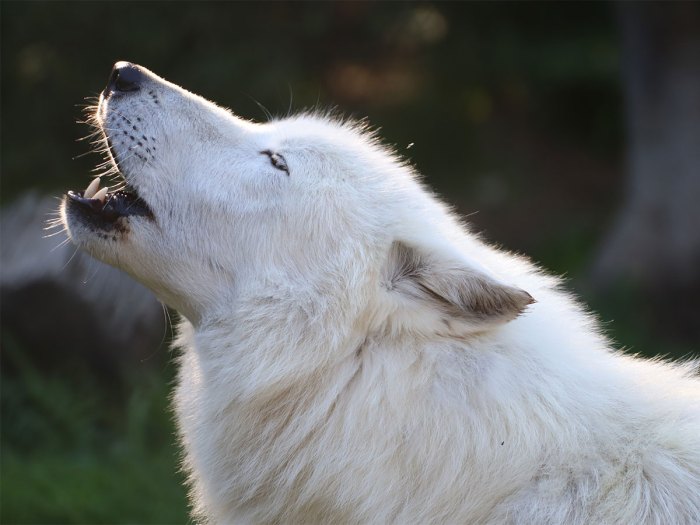 Ethan Fidhel woke to his friends crowded around him. He sat up to see what they were watching. It was wolves — three of them. The majestic beasts, two covered in striking white fur, had emerged from the woods, soon followed by a pair of 2-month-old wolf pups.

The wolves were hungry, but Ethan, a 16-year-old Eagle Scout, wasn’t worried. It was feeding time at the International Wolf Center in Ely, Minnesota. He and the rest of boys Troop 610 of Riverview, Florida, watched the wolves eat from behind a window in the center’s viewing room.

“Getting a front-row seat to the wolves was pretty cool,” says Eagle Scout Sam Herzeerg, 16.

Scouts don’t always have to venture into the wilderness to find an awesome animal encounter.

WAKING UP TO WOLVES 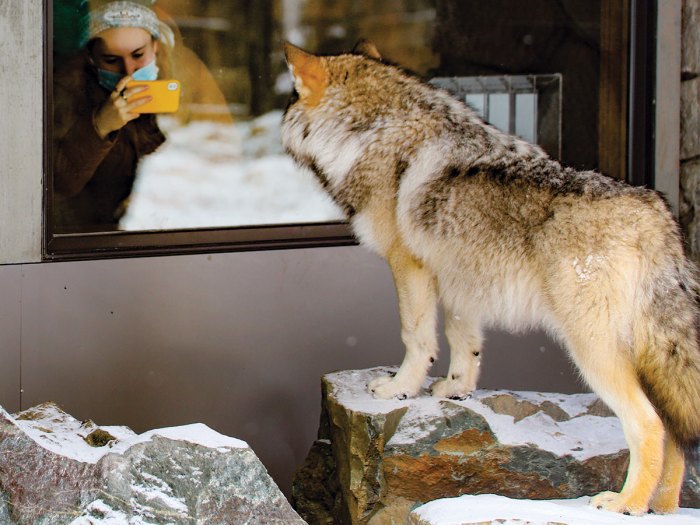 Last June, Troop 610 embarked on weeklong canoe treks at the BSA’s Northern Tier high-adventure base in northern Minnesota. One crew paddled 75 miles while the other traveled 100, cruising by waterfalls and Native American pictographs.

That’s an adventure in itself.

But before their treks, the troop took an overnight trip to the International Wolf Center. Located about 30 miles from Northern Tier, the center houses gray wolves, including arctic subspecies, that are born in captivity. Wolves are one of America’s most misunderstood animals, often portrayed as ferocious killers in fairy tales and movies. In reality, they’re generally afraid of humans.

That’s just one fact the guys learned. The center strives to educate visitors about wolves, so they also found out about pack dynamics, animal behavior and diets.

“A wolf can go a month without eating, and then feast on one animal,” Sam says.

After an educational talk, games and pizza, the guys set up their sleeping bags in the viewing room. At 4 a.m., the wolves started lurking around their 1 1⁄4-acre enclosure. The Scouts started waking up then and watched the wolves walk closer to the windows. They even got to hear them howl. 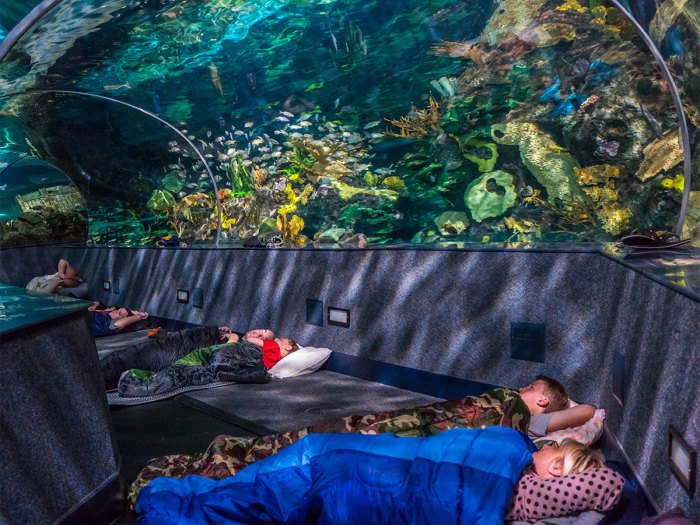 Cub Scouts with Pack 625 of Woodstock, Georgia, slept soundly under a 340-foot tunnel-shaped tank filled with sharks and sawfish at Ripley’s Aquarium of the Smokies in Tennessee. They had been awake until midnight exploring the facility that houses 11,000 species of sea creatures, so they were pretty tired.

When they arrived at the aquarium last June, they took a tour and got to pet stingrays and jellyfish. (Don’t try this at home! Most jellyfish sting. The aquarium’s touch tank has special moon jellies that can’t sting humans.)

A diver on the tour quizzed the Cub Scouts about different animals. He also played Rock, Paper, Scissors with them while he was underwater in the tank. 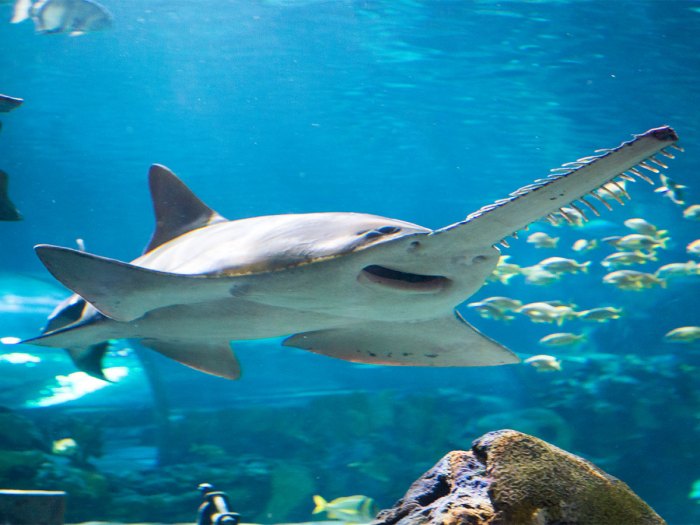 The Cub Scouts enjoyed the aquarium’s massive indoor playground and went on a scavenger hunt, during which they read informative signs by the tanks and learned more about animals.

As the activities wound down, the pack got ready for bed under the tunnel tank. Inside the tank swam sawfish, several species of sharks and a sea turtle named Sally. After a good night’s sleep, the Cub Scouts met in a classroom, where they got to touch starfish, lobsters and an iguana. 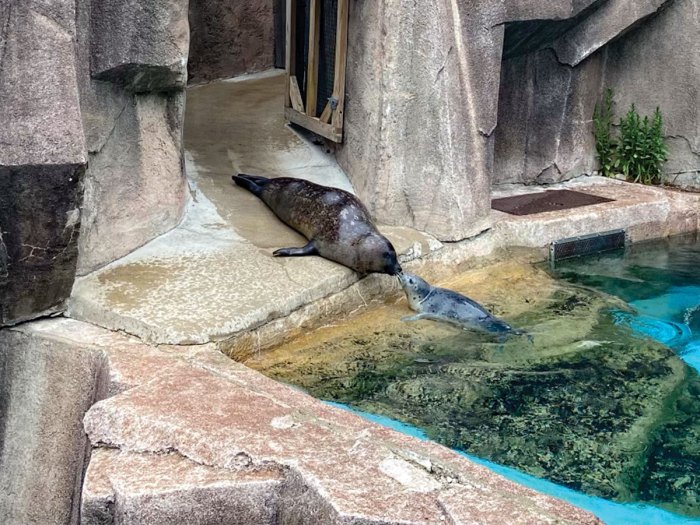 It’s fun to do the activities that an animal facility offers, but it’s really fun to do Scouting activities there, too. For the past 37 years, Three Harbors Council has hosted Scouting the Zoo at the Milwaukee County Zoo in Milwaukee, Wisconsin. This past June, more than 600 Scouts camped on the zoo grounds across from animal exhibits.

The campout was filled with contests, like the councilwide Pinewood Derby championship. Cub Scouts also raced each other around the parking lot on Cubmobiles — one-seated wooden cars. Older Scouts took on skills challenges, like pioneering.

During free time, everyone explored the zoo. Evan Bondar, an 8-year-old Bear Scout with Pack 316 of Oak Creek, Wis., goes to the zoo often with his family, but sometimes things are different.

“They had a new seal there; the seals had given birth to a baby,” he says.

At the end of the day, everyone watched the movie Night at the Museum.

RIDING AT THE RANCH 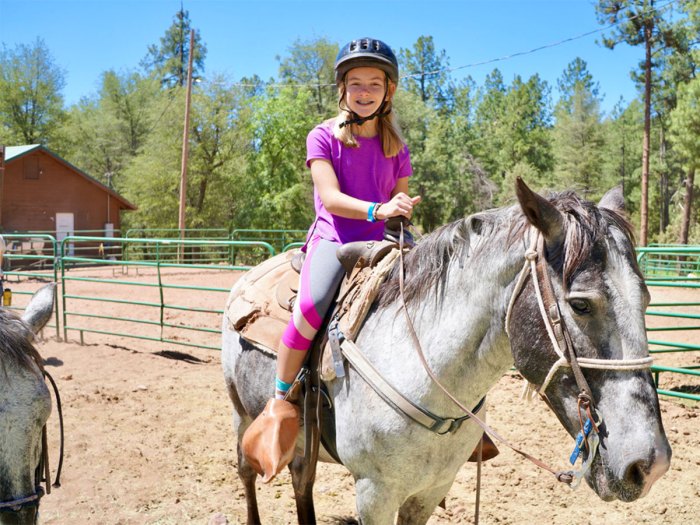 For decades, Scouts have gone on exciting treks at Philmont Scout Ranch. This includes Cavalcade, a weeklong program on horseback through the rugged New Mexico wilderness.

If you love horses, the BSA high-adventure base isn’t the only place you can ride. Look for equestrian programs at council camps, like Camp Geronimo in Payson, Arizona, or D-Bar-A Scout Ranch in Metamora, Michigan. Both offer trail rides on their properties.

At D-Bar-A, you can add a ride to a weekend campout or wait for the ranch’s summertime equestrian camp. The weeklong camp teaches you how to ride and properly care for a horse. Then spend a night under the stars with your horse. 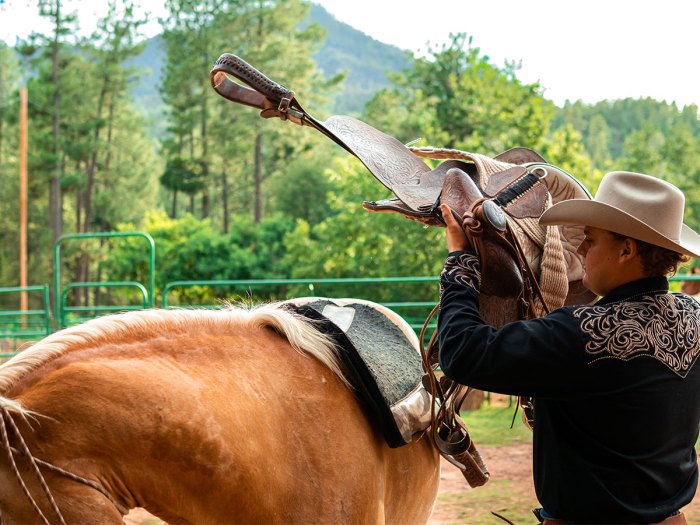 At Geronimo, Scouts can ride trails that take them around canyon rims and across creeks. Cub Scouts can go riding for the day at nearby R-C Scout Ranch.

The BSA offers many opportunities to learn more about our natural world, specifically animals. In Scouts BSA, you can earn merit badges in Animal Science, Bird Study, Dog Care, Fish and Wildlife Management, and Horsemanship, to name a few.