Scientifically speaking, bioluminescence — the giving off of light from a living organism — is a reaction caused from combinations of chemicals. But it’s so much more: It’s a wild light show in nature.

Check out these naturally glowing plants and animals. 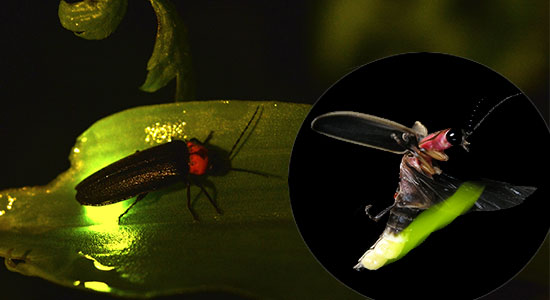 Fireflies, the most common bioluminescent creatures, use their lights to search for love. Throughout the Central and Eastern U.S., fireflies light up summer nights. Each June, you can see thousands of synchronized fireflies flashing together at the Great Smoky Mountains’ Elkmont Campground. 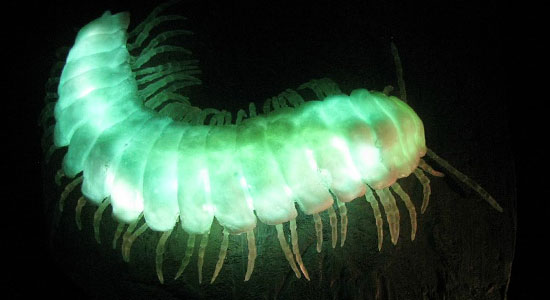 When the Motyxia millipede, the manylegged creature of California’s Sequoia and Kings Canyon national parks, gives off its eerie greenish-blue light, it’s a warning. Predators such as mice that are hungry for an evening snack will get cyanide poisoning if they dare to dine on these insects. 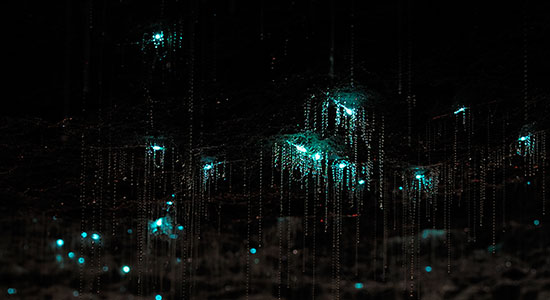 Glowworms (scientifically, Arachnocampa luminosa) are found only in New Zealand and can be seen hanging by the thousands in the 30-million-year-old Waitomo Caves. They lure prey such as flies and millipedes into what appear to be long, lighted fishing lines. 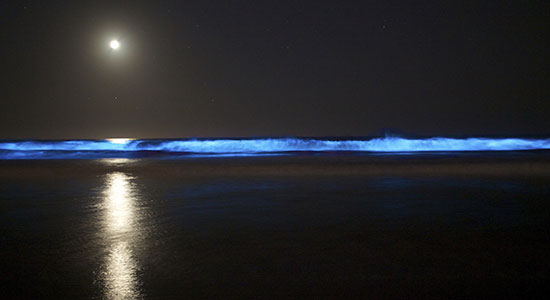 The water glows at night! In Mosquito Bay off twhe coast of Vieques, Puerto Rico, millions of half-plant and half-animal organisms called dinoflagellates (a type of plankton) light up the night. Whenever their water habitat is disturbed, they give off a blue glow. There are as many as 720,000 of the organisms per gallon of water. 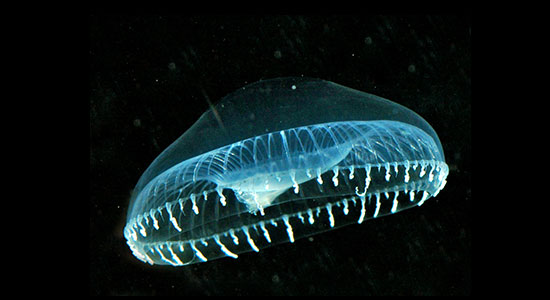 Crystal jellyfish are found in the Pacific Ocean off the U.S. West Coast, from Puget Sound in Washington to San Diego Bay in California. They flash blue lights and sometimes turn green, too. 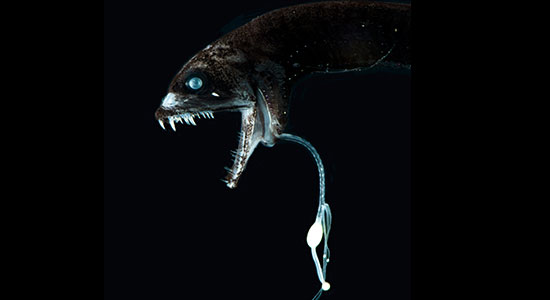 At least 1,600 feet below the ocean surface you’ll find the loosejaw dragonfish. This creepy predator sports huge fangs, and its body features red, blue and green “lights.” The red one shines like a flashlight on the dragonfish’s food, mainly krill and shrimp. 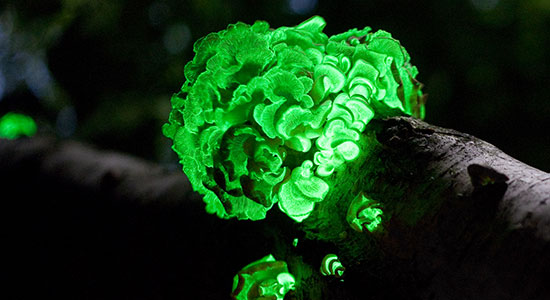 There are 71 known species of glowing mushrooms, the brightest of which (Agaricus gardneri ) grows in Brazil’s state of Piauí. In the United States, you can find foxfire in the autumn woods. Benjamin Franklin suggested using it to light one of the first submarines. 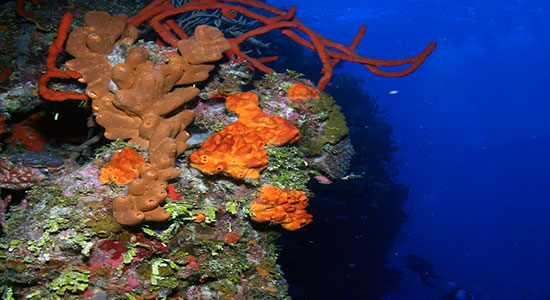 No one knows exactly why the coral of the Cayman Islands’ Bloody Bay Wall give off light. Some say the light screens out ultraviolet rays from the sun. Others say it attracts prey.

Check out the glowing coral of Bloody Bay Wall 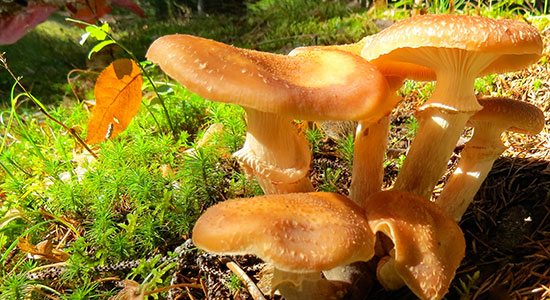 In Oregon’s Malheur National Forest, the giant, tree-consuming Armillaria solidipes fungus — better known as the honey mushroom — now covers 2,200 acres. Most of that’s underground. Its mushroom caps light up the forest with a greenish hue. Scientists estimate the organism is at least 2,400 years old.

20 Comments on Let it glow: A look at naturally glowing plants and animals