From New York City’s Freedom Tower to the ancient pyramids of Egypt, humans have built many architectural wonders. Some animals are also natural artistic engineers. Here are a few amazing animal architects. 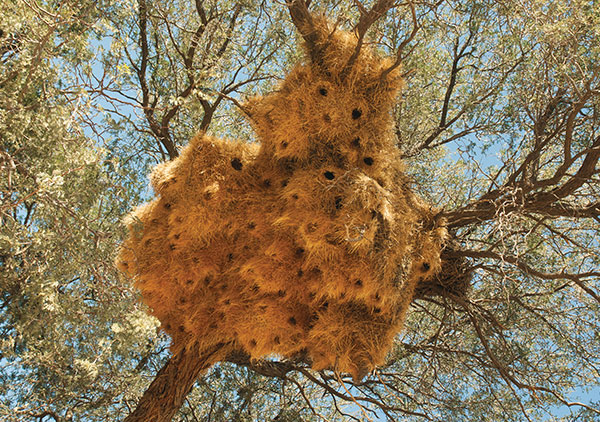 Social weaver birds build nests that weigh up to 2,000 pounds. Sometimes the nests become so huge and heavy, they topple the tree that holds them. As many as 500 of the sparrow-sized birds work together to create a structure so sturdy, it can last a century. 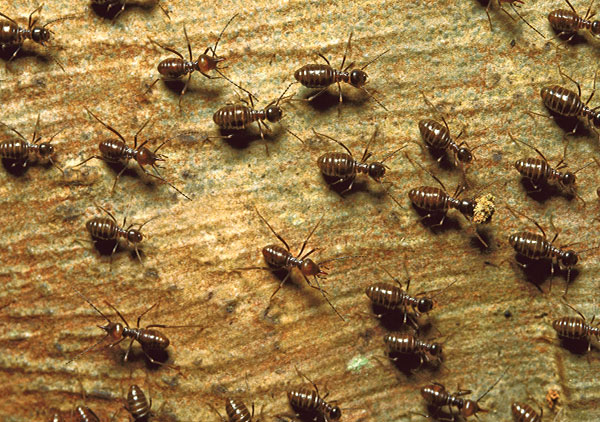 Termite colonies in the African savanna can be 90 feet wide. Other abodes can be thin and tall like a fortified wall. Tunnels and corridors create ventilation in the searing heat. Inside, you’ll find nurseries for the young and storage for food. Because of the fertile, aerated ground, trees can spring up on flatter colonies, too. 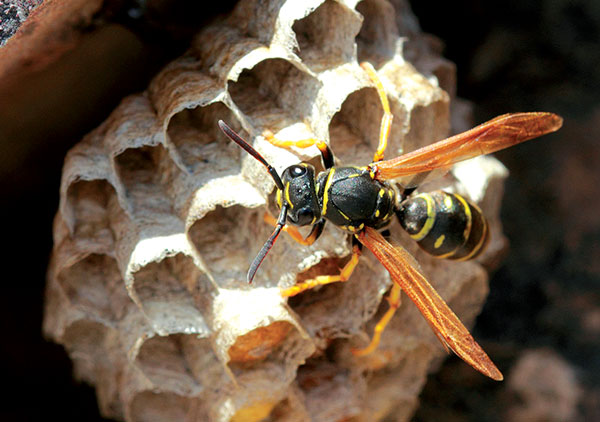 Millions of southern yellow jackets lived in a 6-foot-high, 8-foot-wide colony in a remote section of central Florida. This dwelling housed so many occupants that it included thousands of queens. Since these southern yellow jackets create nests lasting multiple seasons, just one can harbor nearly as many residents as New York City. 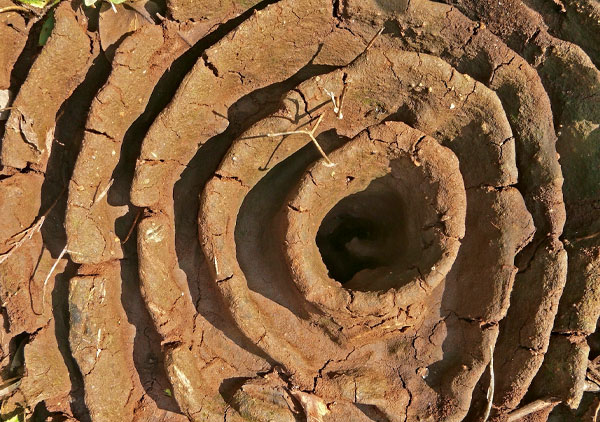 It’s a mystery why Indian harvester ants form round, 18-inch-diameter embankments to their nests. One scientist believes these raised, concentric circles made of clay might bring more air into their home. Or it might be a way to divert water during storms. 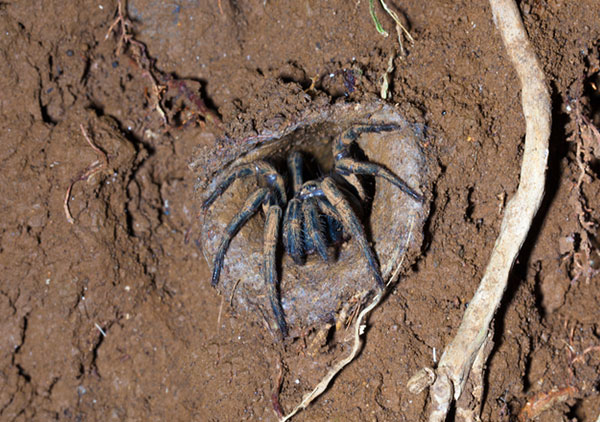 Knock, knock. Who’s there? The trapdoor spider! It digs a 10-inch tube and lines it with silk. The spider uses silk as a hinge along with dirt, vegetation and saliva to make a door. After laying silken trip lines near the entrance, it patiently waits for an insect to trip a line. Then it pounces! 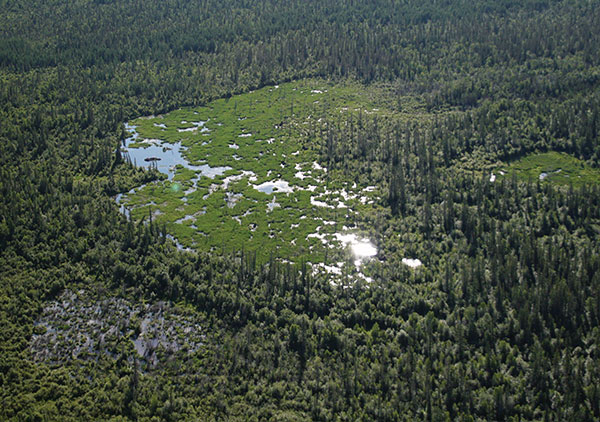 It’s so huge, astronauts can see it from space. This giant beaver dam in Alberta, Canada, (seen below) is more than 2,800 feet long and up to 14 feet tall. It features a thriving community of chompy relatives and dates back to the 1970s. Why so big? The beavers banded together to create massive wetlands for food and protection. 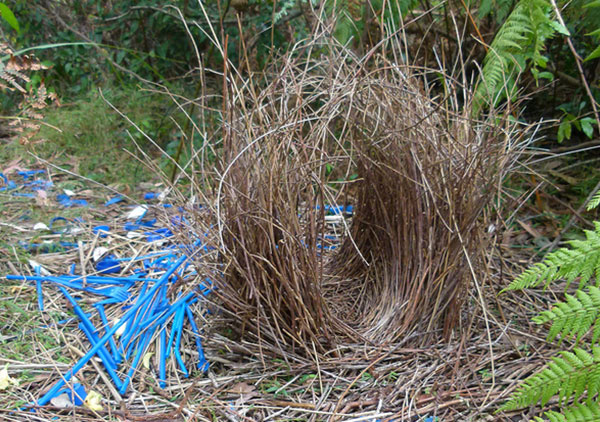 Found mainly in Australia and New Guinea, the bower bird creates a vertical portal made of twigs. Then he decorates the surroundings with colorful objects like bright blue bottle caps, shiny coins or white shells. It’s all done in the name of love. The bower bird will also dance to attract a female. 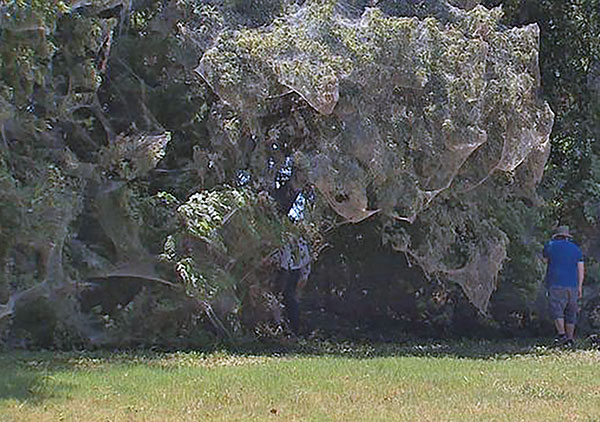 One mammoth spider web near Dallas, Texas, covered an expanse of 200 yards and rose to 14 feet. The communal webs, built by long-jawed orb weaver spiders, resemble beautiful shrouds (inset). They appear when there’s a lot of grub around — in this case, midges (small flies). Another communal web of sheet-web weaver spiders near Memphis, Tennessee, blanketed an area that stretched half a mile. 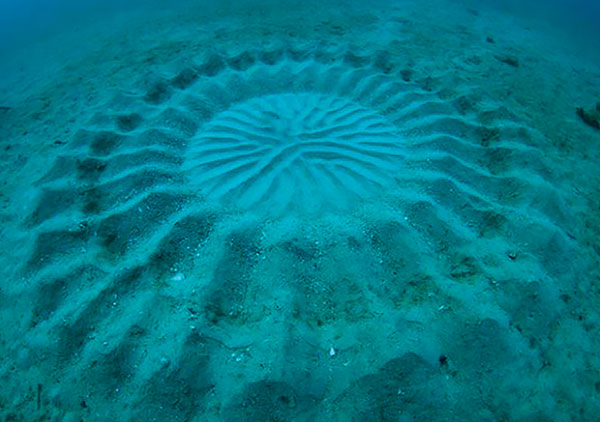 On the bottom of the sea, the Japanese puffer fish works 24 hours a day for a week to create an intricate circular pattern in the sand. If he stops, the waves wash it away. The result reminds some scientists of mysterious crop circles. But there’s a method to the puffer fish madness: He wants to attract a mate.