Baseball fans can get loud. Sometimes, they get really loud.

That’s why umpires (the officials in baseball) use hand signals. That way, the players, coaches, fans in the stands and fans watching TV all know what’s happening.

An umpire’s job is to make sure both teams are playing by the rules. The home-plate umpire is in charge. He makes all the calls at home plate, like balls and strikes. He also wears a mask and other padding to stay safe.

The umpires at first base, second base and third base make the calls at their positions and in the outfield.

Read on to learn some of the most important umpire signals. Plus, learning these signals will help Webelos fulfill one requirement of the Sportsman elective adventure.

Here are the seven most common signals used by baseball umpires:

Strikes are called with the right hand. Some umpires point to the side; others make a clenched fist. The “out” call — also a clenched fist — is used after a third strike or when a runner is out before reaching a base. 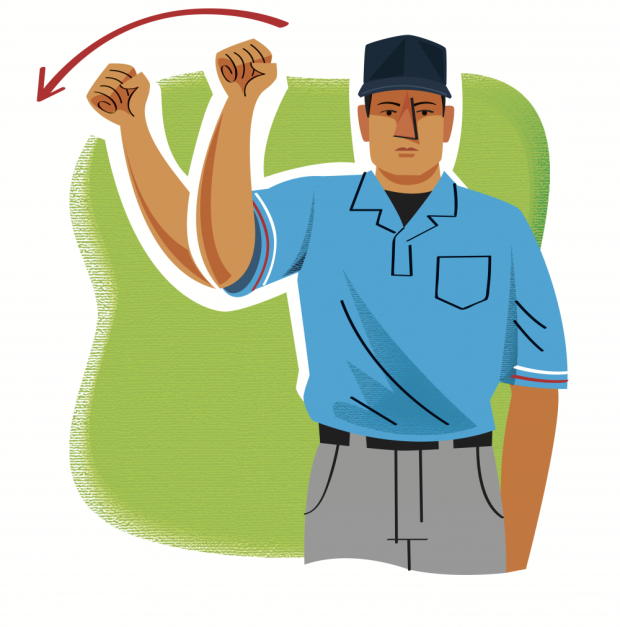 Used when a batter hits a foul ball or when play must be paused. 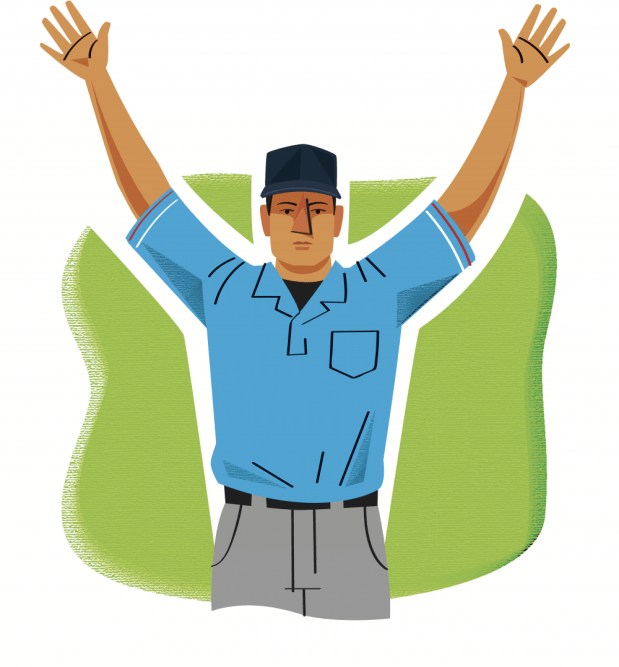 Used when a batter swings and just barely tips the ball but the catcher still catches it. 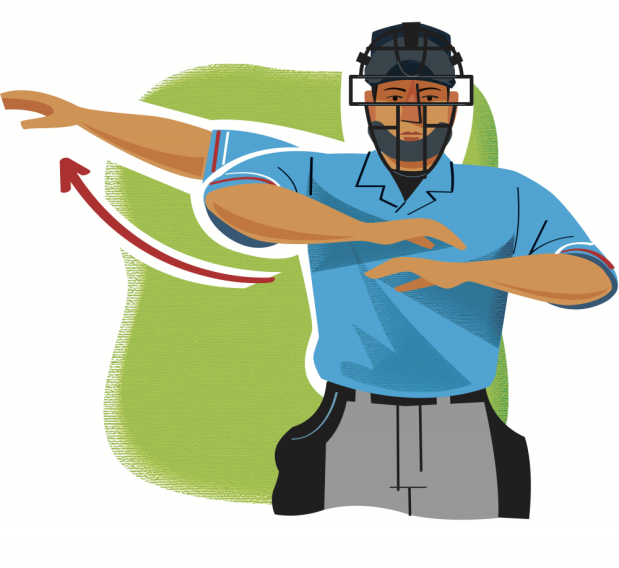 Used to signal the pitcher to wait before throwing his next pitch. 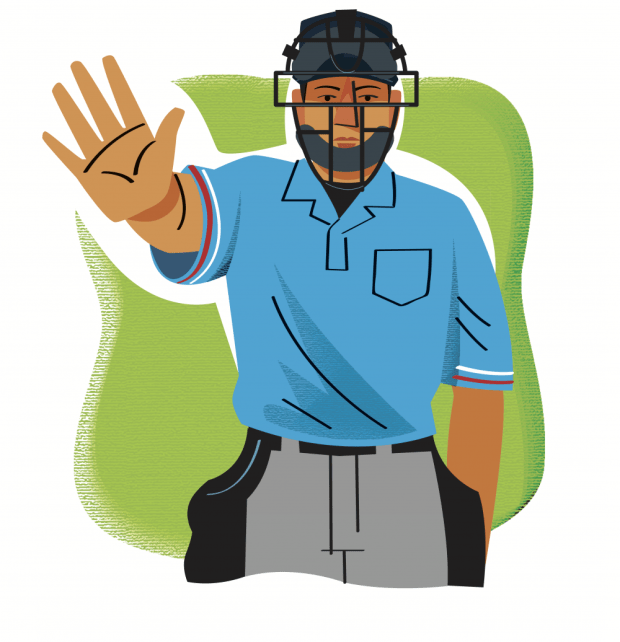 Used when a runner safely reaches any base. 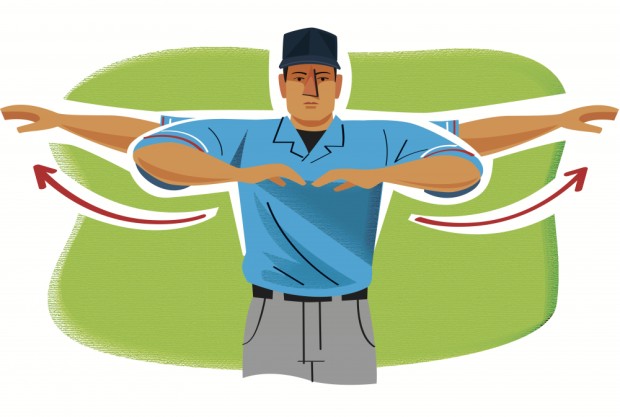 Used to signal the pitcher that it is OK to throw the pitch. 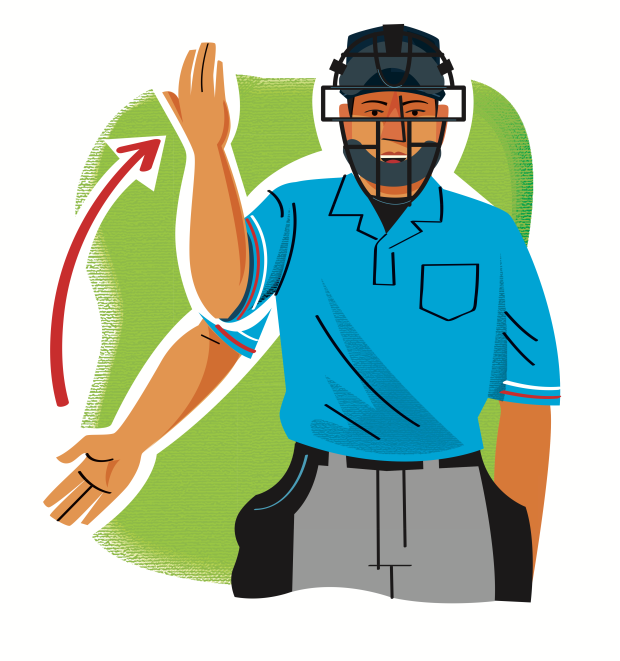 Used when a batter hits a ball that lands in fair ground. This signal can be made with either hand. 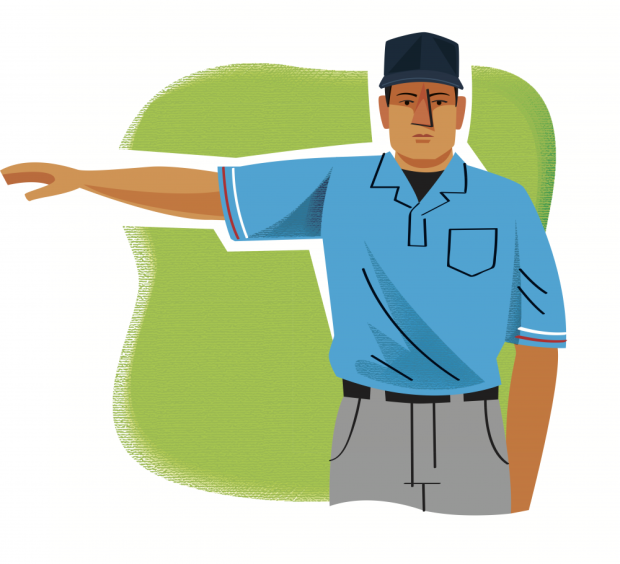 With these seven signals in mind, you’ll understand the most common calls in baseball. But there are other signals umpires use during a game to communicate with players, coaches, scorekeepers and other umpires.

Help us keep this list going by describing other signals an umpire uses by commenting below.