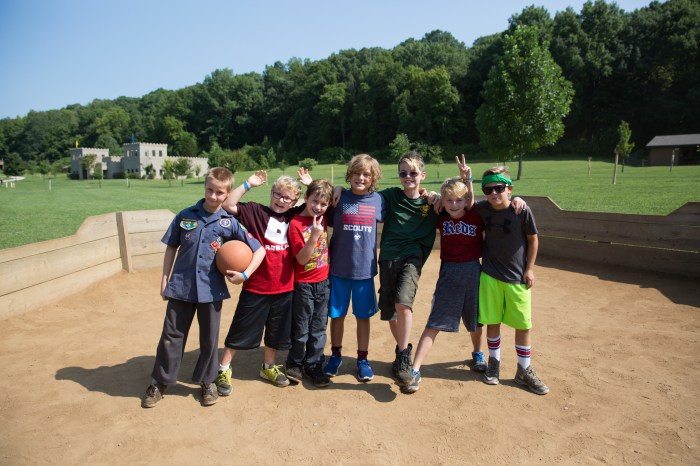 There is a moment at every camp when you see just how awesome Cub Scouting really is.

You will hear yourself saying stuff like “Whoa!” or “Dude!” or “Get a video of this so I can show my friends.”

Sullivan Ford’s moment comes at the archery range. The 7-year-old Wolf Scout is spending a week at Dan Beard Council’s Cub World in Loveland, Ohio. He is aiming at targets that are not the typical blue, red and yellow rings.

He is going for bells that ding when you hit them. He is trying to “drop” his arrows into a bucket downrange. He is competing against other Cub Scouts to see who can knock down towers the fastest … using bows and arrows!

“The best part of being a Cub Scout is going to camp, and my favorite part of camp was archery,” Sullivan says. 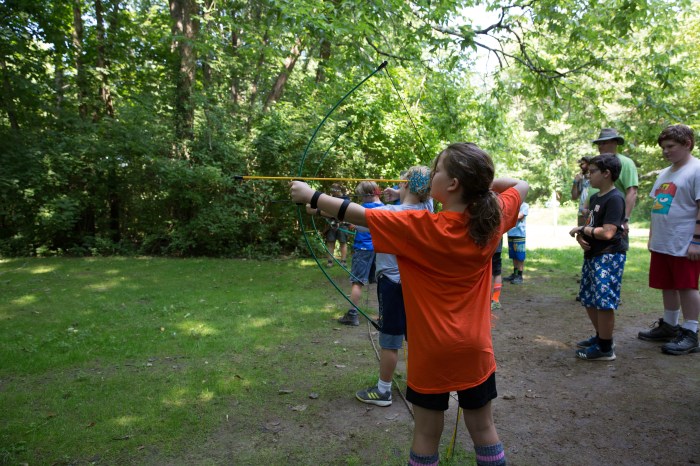 Making a Splash at ScoutCamp

Ryan Gerber’s moment happens at the pool, where the 9-year-old Webelos Scout just completed the requirements for the Aquanaut adventure pin.

He beams with pride as he exits the pool after passing the BSA swimmer’s test. The test is not easy. To be classified as a “swimmer” (rather than “beginner” or “learner”), Ryan had to jump in feet-first and swim 100 yards without stopping. 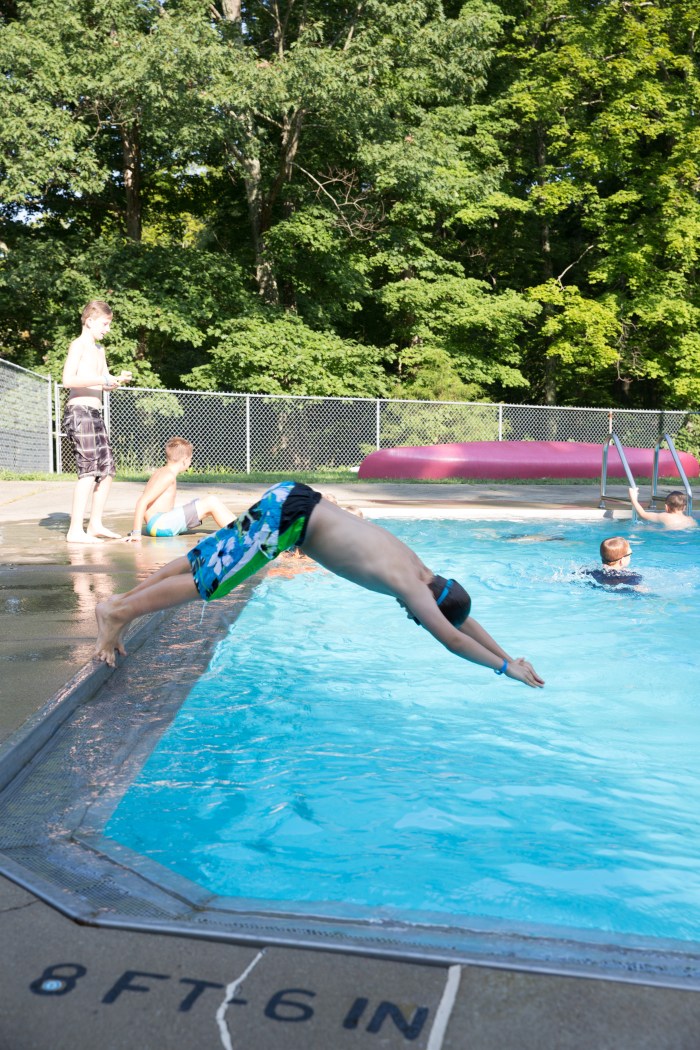 At Cub World, Ryan learns skills that will help him now, as well as things he will need to know when he joins a troop.

Even though he is excited about the next chapter, Ryan is still having a blast as a Cub Scout.

“Cub Scouts is an adventure where you learn a lot of stuff while you’re having a lot of fun,” he says.

Rising Up to the Next Level of Scouting

As a Webelos Scout working on Arrow of Light, 11-year-old Kallum Ford gets to go to an overnight outpost camp.

On the third night of camp, Kallum and the other second-year Webelos Scouts hike to nearby Camp Friedlander. For just one night, they leave the younger Cub Scouts behind. 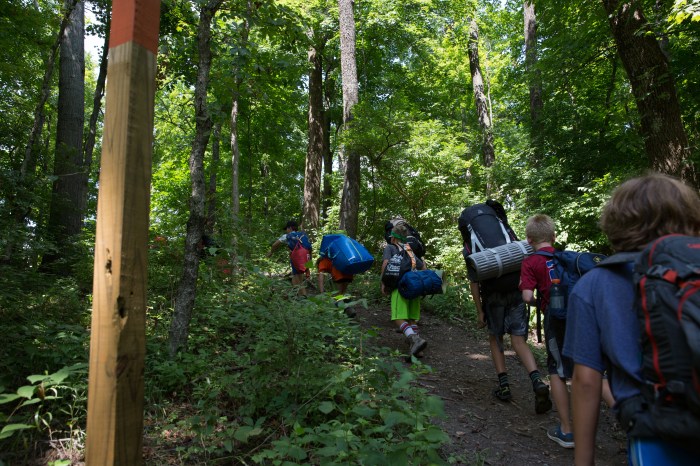 Kallum’s backpack has a bedroll, water bottle, pocket knife and flashlight. Everything else will be waiting for him at the destination.

“We got to play a bunch of games and hike and see the Boy Scout camp,” Kallum says. “We got to sleep in sleeping bags and have fun.”

After making his own food over a fire and sleeping under the stars, Kallum is ready for a new challenge.

“I am really looking forward to the next step in Scouting, when I join a troop next year,” he says.

When did you realize you loved being a Cub Scout? Let us know by commenting below!

3 Comments on Cub Scouts is All About Living It Up at Camps Like Cub World!