Railroading has transformed the way we travel, getting us places more efficiently using manpower, animal power or modern technology. Here are some of the world’s fastest, most unusual and most innovative trains and railways. 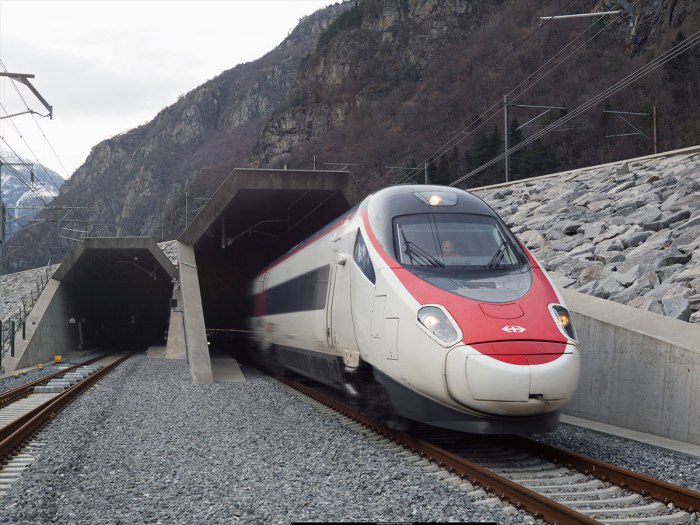 The longest train tunnel in the world cuts through 35 miles of the Alps. It took 17 years to bore through the mountains using giant drills measuring more than 30 feet across. More than 28 million tons of rock were removed, one-third of which was recycled to make concrete for the tunnel.

By going through instead of around the mountains, passengers save on travel time; it takes about 20 minutes to zip through the tunnel. As many as 50 passenger trails travel through the tunnel each day. Road traffic has also been reduced as freight trains are starting to carry the load instead of trucks.

Nearly 6 million people visit the Grand Canyon yearly, and some get to the national park via train. A 65-mile-long rail line makes daily trips to the canyon’s south rim from a depot in Williams, Ariz. Passengers are treated to musicians and Old West re-enactments, including train robberies. The Observation Dome car’s overhead windows give riders great views of the scenery. 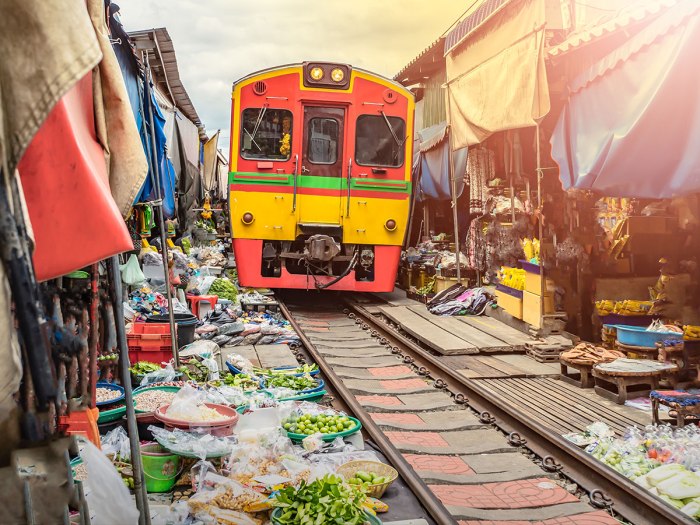 Walking through a large outdoor market, shoppers check out the fresh seafood, fruit and vegetables for sale. Then a train horn blares, and the shopping stops. Vendors quickly pull back their displays and overhanging umbrellas, shoppers stand to the side, and a train rumbles right through the market — inches away.

That’s how shopping is in the Maeklong Railway Market as several trains pass through it each day. The market set up shop before the railway was installed, and it stayed after the trains started running. Today, it’s a popular tourist spot. 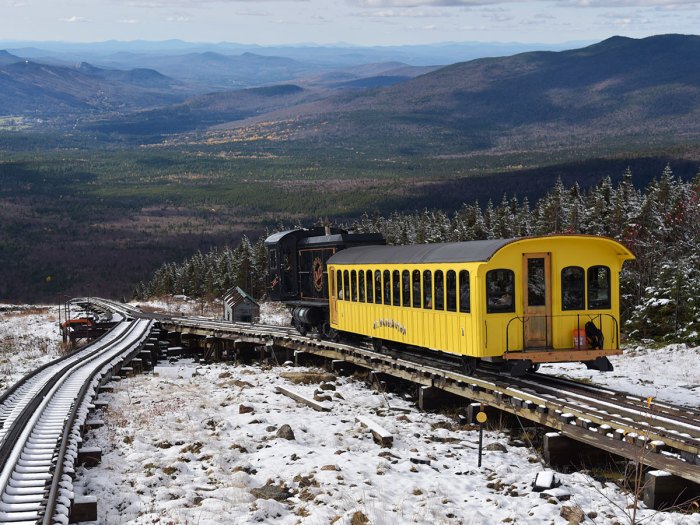 A cog railway includes a toothed rail, working just like a gear to help trains climb steep hills. This method has been used since 1868 to push passenger cars to the summit of the 6,288-foot Mount Washington. Trains take visitors 3 1 ⁄2 miles at a pace of about 5 mph. At the peak, passengers can enjoy panoramic views and tour a weather observatory that has recorded the fastest wind speeds on Earth (231 mph). 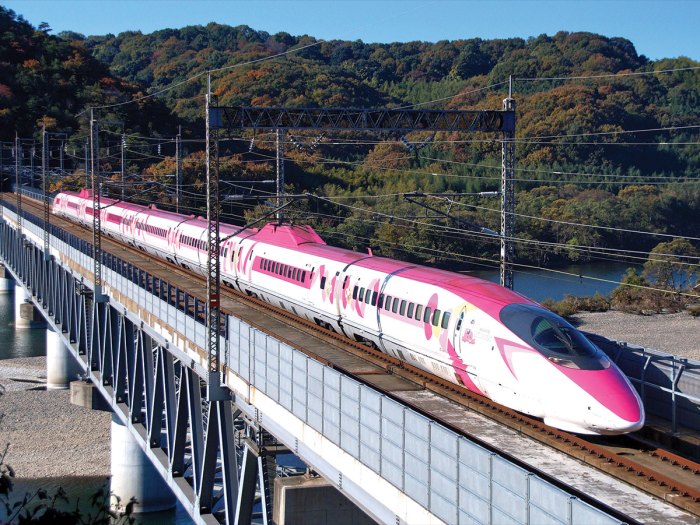 High-speed rail was born in Japan in 1964 — an ambitious project to network the country’s major cities with bullet trains twice as fast as normal trains. But speed wasn’t the main goal; the goal was the safety and quantity of the lines. 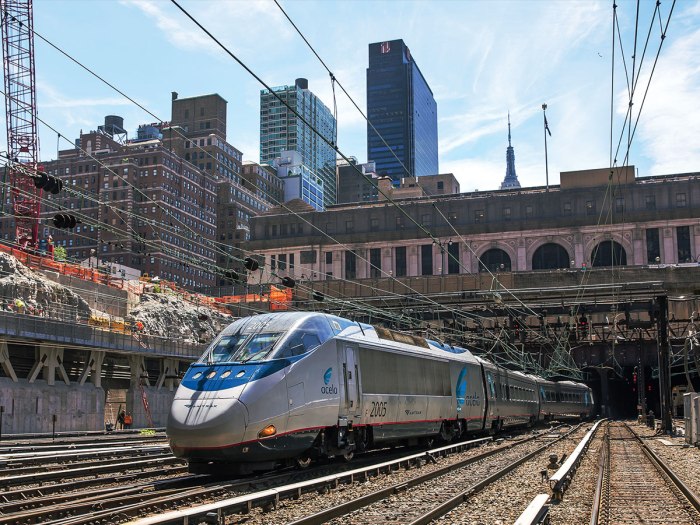 Amtrak handles passenger trains on a network of more than 21,400 miles across the U.S. No route is busier than the one from Washington, D.C., to Boston, Massachusetts, where about 2,200 trains travel daily. To help get people to their destinations faster, Amtrak is replacing its high-speed Acela trains that run between those cities, and service should start next year.

Thanks to a tilting mechanism, the new trains — capable of operating around 160 mph — won’t need to slow down as much around curves. The mechanism allows the train to tilt up to seven degrees. 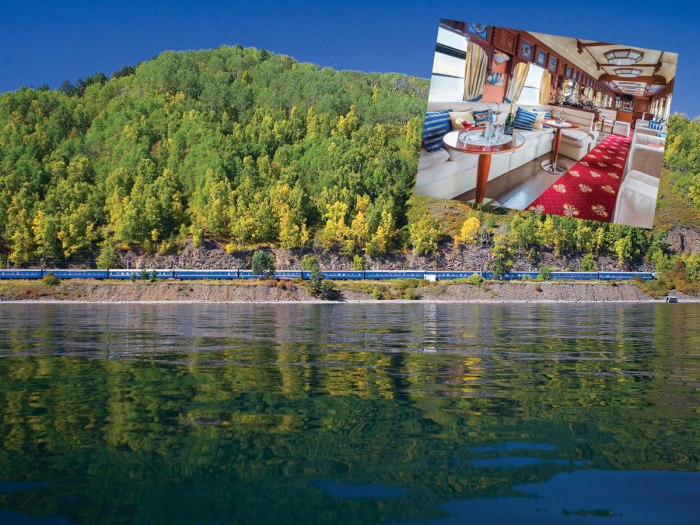 The world’s most famous railway is also the longest: the Trans-Siberian Railway. It takes at least a week to ride all 5,772 miles, which covers eight time zones. The railway has been used for more than 100 years and now transports millions of passengers annually. A few choose to make the journey in Golden Eagle’s luxury trains. These five-star hotels on wheels are pulled by a steam engine and offer the best suites for more than $70,000. 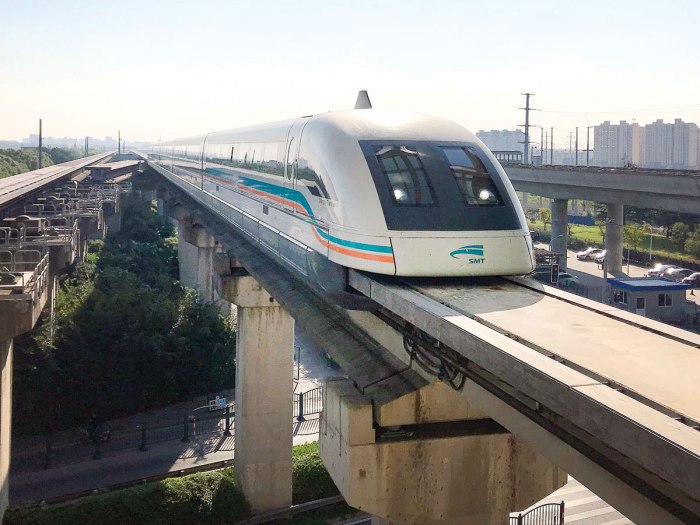 Shanghai Pudong International Airport is one of the busiest in the world, so to help travelers bypass traffic, a maglev train system was built in 2002. Powered by electromagnets, maglev trains float above the tracks, allowing for smooth, quiet rides.

These trains are also fast. The one that runs from the airport to a station 19 miles away can make the trip in about 8 minutes. It reaches 268 mph, making it one of the fastest trains in the world. (Japan’s SCMaglev holds the speed title at 375 mph.) 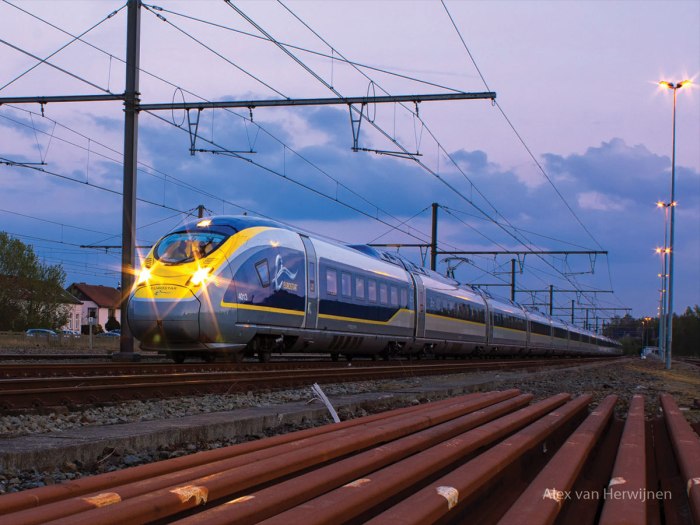 At 31 miles long — most of which is underwater — the Channel Tunnel is the world’s longest undersea tunnel. It reaches 250 feet under sea level through a layer of sedimentary rock and consists of three tunnels: one railway heading to France, one to England and one for maintenance workers to use. High-speed trains transport about 11 million passengers in a year; rail shuttles take drivers in their cars (like a ferry), and more than 2,000 freight trains ship goods every year. 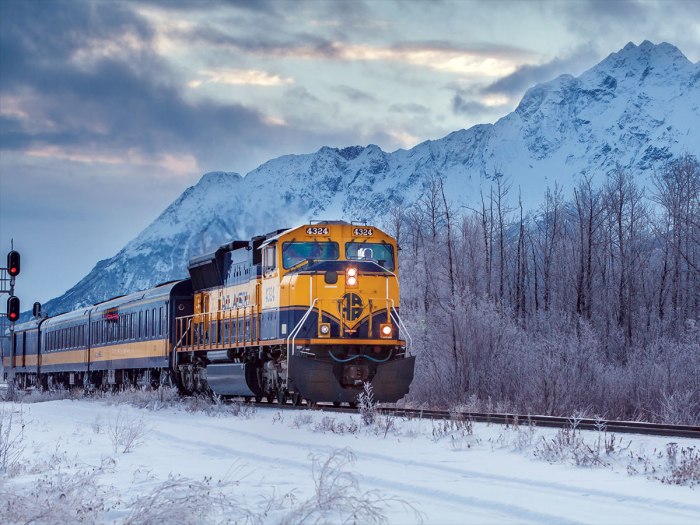 Before cars, Americans depended heavily on the railroad to travel and get supplies. In the Alaskan backcountry, they still rely on the railroad. The Hurricane Turn flagstop train stops for people in tiny communities along the line who wave a flag, signaling for the train to brake. They can then hop on to run errands or visit friends in neighboring towns. They can also enjoy scenic views as the train chugs through the wilderness.

Get an up-close look at locomotives and more at a railroading camporee. Check with your local district or council for such events.

Every four years, as many as 1,000 Scouts meet for the Mid-Iowa Council’s spring railroad camporee, one of the Midwest’s largest merit badge events. Scouts work on the Railroading merit badge by learning how trains work and riding along the Boone and Scenic Valley Railroad.

The Northern Light District in Massachusetts hosted a campout for almost 200 Scouts near a rail station. Scouts hiked to the station and took a train to a rail maintenance facility, where they saw repair shops and a virtual-reality training room. 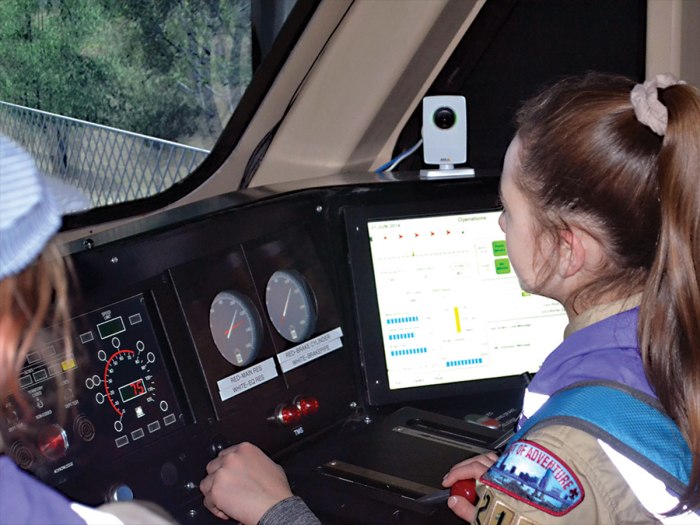 “It had a simulator and three monitor panels,” says Jacob Colon, 16, of Troop 82 in North Andover, Mass. “It was extremely immersive. It felt like you were driving the train.”

Your troop could plan its own railroading adventure, like Troop 259 of Plano, Texas, did. The Scouts rode an Amtrak train 200 miles from Dallas to Austin, where Scouts toured the state capitol, completing the Railroading merit badge and fulfilling a Citizenship in the Nation merit badge requirement. 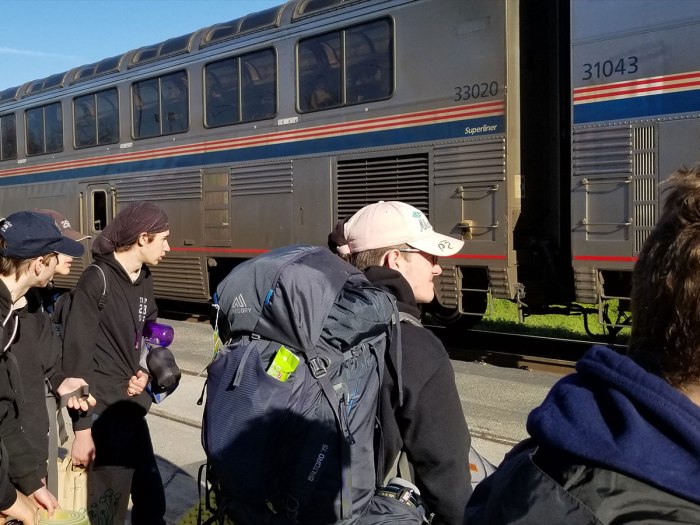 One option in the Railroading merit badge requirements is to discover model railroading. You can design and build your own railway. Maybe try to top the world’s largest train set: Miniatur Wunderland in Germany has more than 50,500 feet of track, 1,300 model trains, 60 model airplanes that take off and land, and 11,000 moving cars.