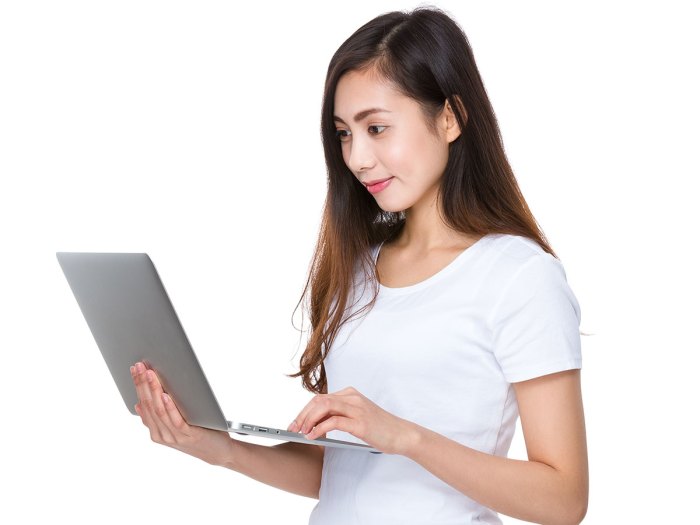 Josh is 16 and just starting to think about college. He hopes to get a job this year to add to his college fund. When Josh met with his high school guidance counselor to talk about classes he’d need for college, he was amazed to hear that the first thing he should do is take a look at his social media accounts: Facebook, Instagram, Snapchat and TikTok.

“Hiring personnel and colleges are now taking a look at social networking sites,” his guidance counselor told him. “They want to see what kinds of things are posted about the person they might hire or might admit to their school.” In fact, estimates are that more than one-half of colleges look at potential students’ Facebook profiles.

When Josh did a search on himself by typing his own name into a search engine, he was shocked to see what he found. One of his Facebook friends had posted a picture of Josh on his own page — a picture Josh had never seen — that showed him acting silly at a party and making strange faces. Anyone looking at it could think that Josh had been drinking.

And on his own FB page, Josh had some bad language that he didn’t want college recruiters seeing. On TikTok, there was a video of Josh and some kids pulling a stupid prank on their town square that was illegal.

Here are some pointers for keeping your online presence clean:

REMEMBER THAT NOTHING REALLY EVER GOES AWAY. Think twice (or three times) about what you post (and what you do that might get posted).

“Even 10 years later, it’s still floating around out there,” says Michael Ferjak, retired senior criminal investigator for the Iowa Internet Crimes Against Children Task Force in Des Moines, Iowa. “It doesn’t matter whether it’s Facebook, Snapchat, Instagram, Twitter or anything else — it’s still a matter of keeping your head in the game when you’re online.”

THINK ABOUT HOW MANY “FRIENDS” YOU NEED. Every time you add a friend on a social network site, you’re giving him or her access to all your private info.

“Do you really need 750 friends?” Ferjak asks. “You may keep your page clean, but your friends could be posting things about you on their pages.”

REALIZE THAT IT’S NOT PRIVATE. A lot of people think that only their friends and family can see their page, but that isn’t true. Check your privacy settings, know that your friends can copy and repost what is on your page to other places, and don’t share your passwords or give friends access to your accounts.

Ten-year-old David was having a great time playing videogames online. He liked that he could play with kids from other states. Sometimes his cousin, who lived 500 miles away, would play against him.

Once, David played against someone named Bruce. While they were playing, David got a message from Bruce. When David opened it, he saw that Bruce had sent him an inappropriate picture. This upset David, and he told his parents about it. They helped him block Bruce so he couldn’t bother David anymore.

Remember that you can’t trust everyone online — just because you have played games with someone or friended them on Facebook, Instagram, Snapchat and Twitter, it does not mean they are really your friend. If they have access to what you post, it is very easy for them to use the sharing options on social media sites to send it to others.

Do not share your personal information. Avoid giving your last name, address, phone number, email address or your school information.

Even if you’re careful not to post photos that show too much about your personal life, stalkers, predators and identity thieves can still figure out some of that. By looking at your videos or social media, they can often find the name of your school (maybe you’re wearing a school sweatshirt?), where you live (a picture in front of a major landmark?), the names of your parents or siblings, the names of your pets and friends, and even the classes you’re taking at school, if you discuss these things online.

Once they know that, identity thieves can answer security questions that are required for many financial accounts. This means they can get into your accounts and withdraw funds or buy things on your account.

Be suspicious of strange questions and conversations. If someone you don’t know well asks for your personal information or asks questions that make you uncomfortable, stop the conversation and tell a parent.

Don’t be afraid to tell an adult what is going on. “The No. 1 fear of kids is that Mom and Dad will go ballistic and take away their computer,” Ferjak says. “You’re not doing anything wrong by being on these sites, and you need to let a trusted adult know if something weird is happening.”

Another way to be safe online is to not purchase things through social media. While there are some real companies advertising this way, there are also dozens that set up a site and take your money. Those headphones you ordered might never arrive or might be three sizes smaller than you thought they were going to be. And in the meantime, you’ll have to jump through a lot of hoops to get your money back — if you ever do. Always go to a company’s website off social media to order items and use a credit card. 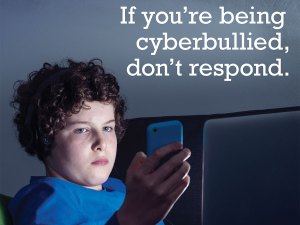 You’re being smart and safe online — also make sure that you’re being nice.

The internet can be a great tool to help with homework, keep in touch with friends and family, and play games. But it also is a place where you can be bullied or you can bully someone else. Not only is cyberbullying unkind, but it can also be illegal.

How do you deal with it? Here are some tips from connectsafely.org:

IF YOU’RE THE CYBERBULLY:

IF YOU’RE BEING CYBERBULLIED

Many teens who have sent or posted sexual content say they sent it to a girlfriend or boyfriend. But most don’t know about the consequences for this behavior.

Sexting can be classified as child pornography, even if both the sender and receiver are under 18.

“If it ends up being saved, that can be considered possession, and that’s a felony in almost every state,” Ferjak says.

And Snapchat isn’t foolproof. You might think that because a photo lasts only a few seconds it can’t cause problems. But someone might use a phone to take a picture of the photo, and then there’s a permanent record of it that can be forwarded to other people. Your image could be passed around without your permission, and you could be bullied or judged by friends and classmates.