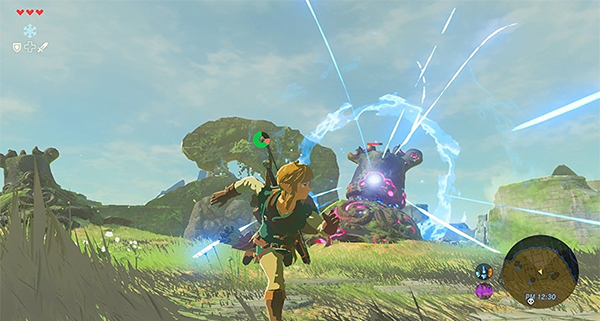 “Open world” means it has a lot more game to explore.

You don’t follow a straight path, so you’re free to roam almost anywhere.

The story? Zelda always begins after Link’s long sleep. Once he rises, a ghostly voice leads him to the proud kingdom of Hyrule. But the regal land of castles has been nearly destroyed. 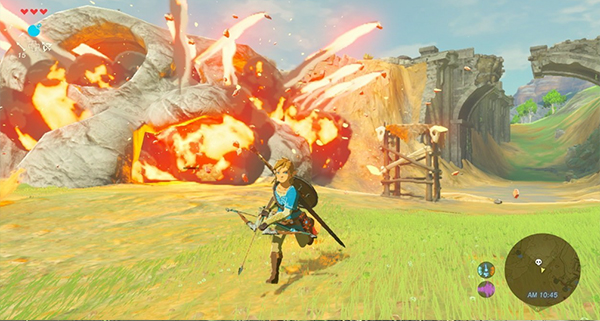 Calamity Ganon, a baddie who has been in many Zelda games, is the evil culprit. Using everything from horses to swords to hang gliders, it’s up to Link to defeat him. Tip: Don’t gaze at the beautiful canyons and rivers for too long — an enemy might get you!

The game is a launch title for Switch, meaning Nintendo wants to make sure the game is great. Count on The Legend of Zelda: Breath of the Wild being one of the best games of 2017.

15 Comments on The Legend of Zelda: Breath of the Wild