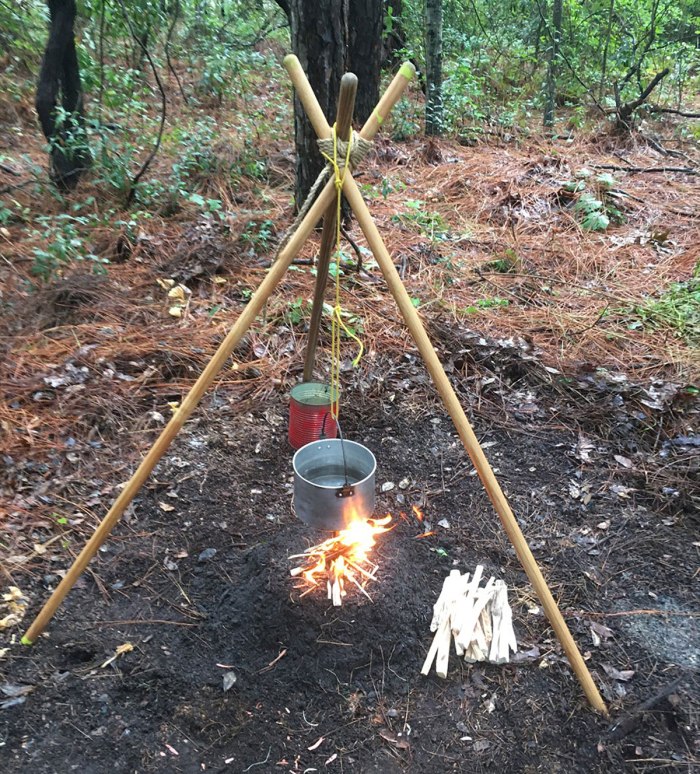 The tripod is the most simple freestanding pioneering structure. It is most often used to raise items off the ground. A well-built tripod can safely suspend a pot over a cooking fire.

WHAT YOU’LL NEED TO MAKE A TRIPOD

WHAT YOU’LL DO TO BUILD A TRIPOD 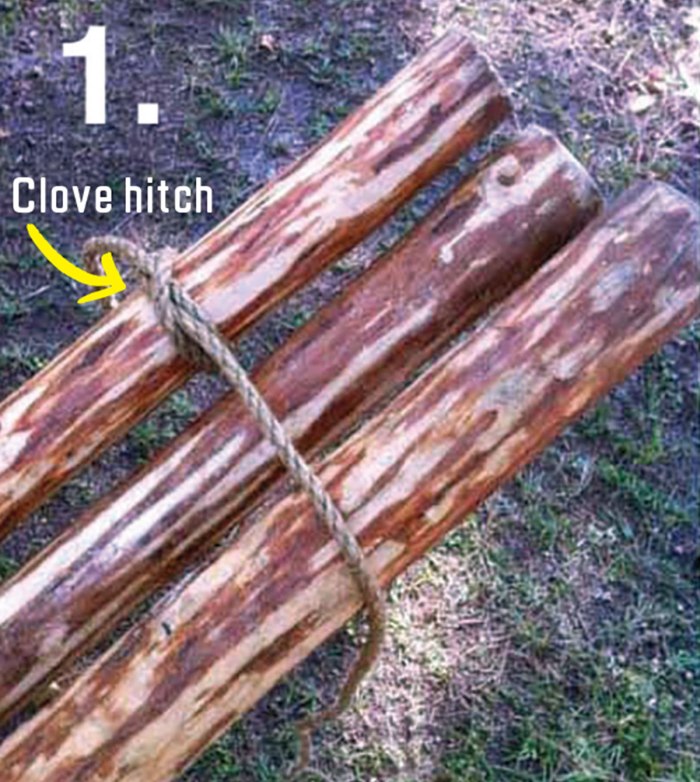 1. Lay the three poles alongside each other, making sure the butt ends are lined up evenly, and tie a clove hitch to one of the outside poles. 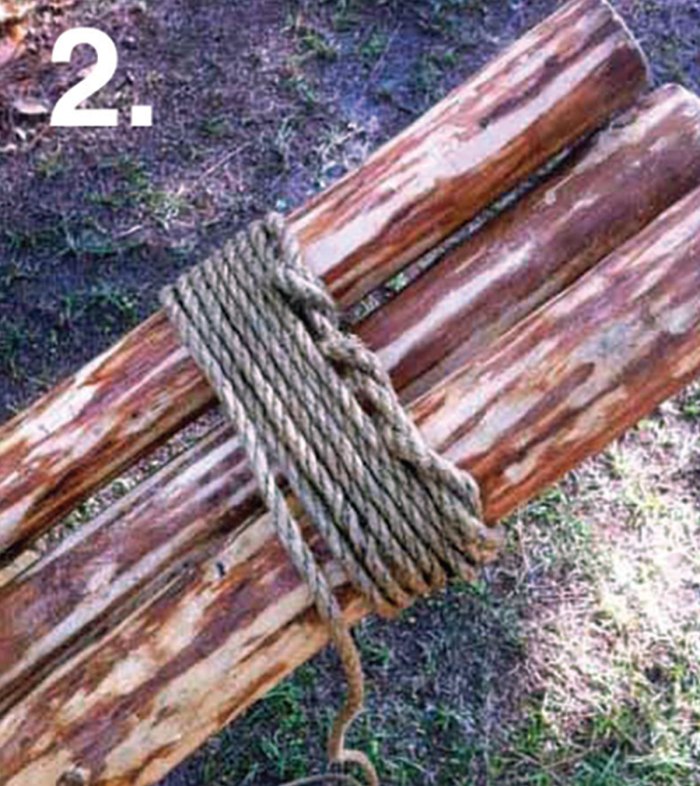 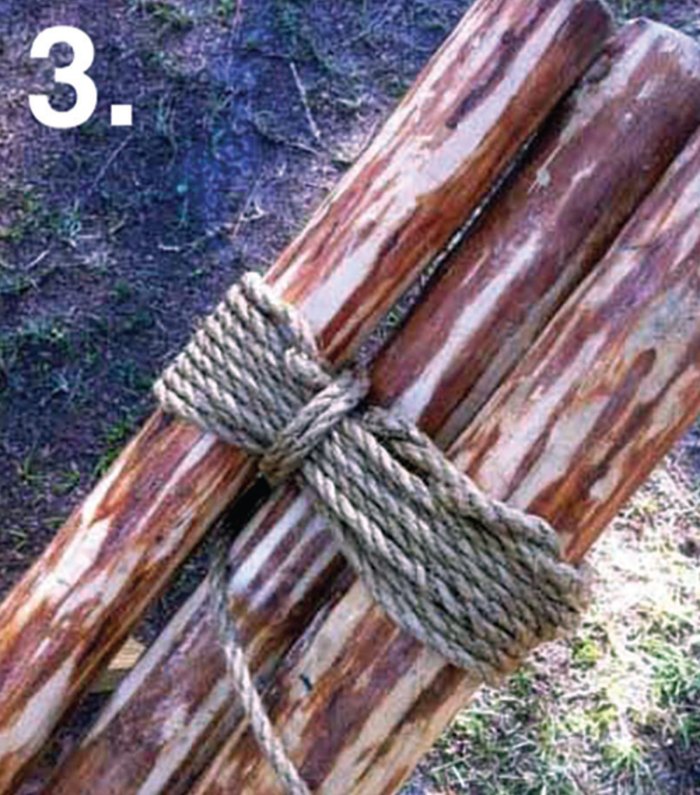 3. Make two tight fraps (turns around the wrap to pull it tighter) on either side of the center pole. 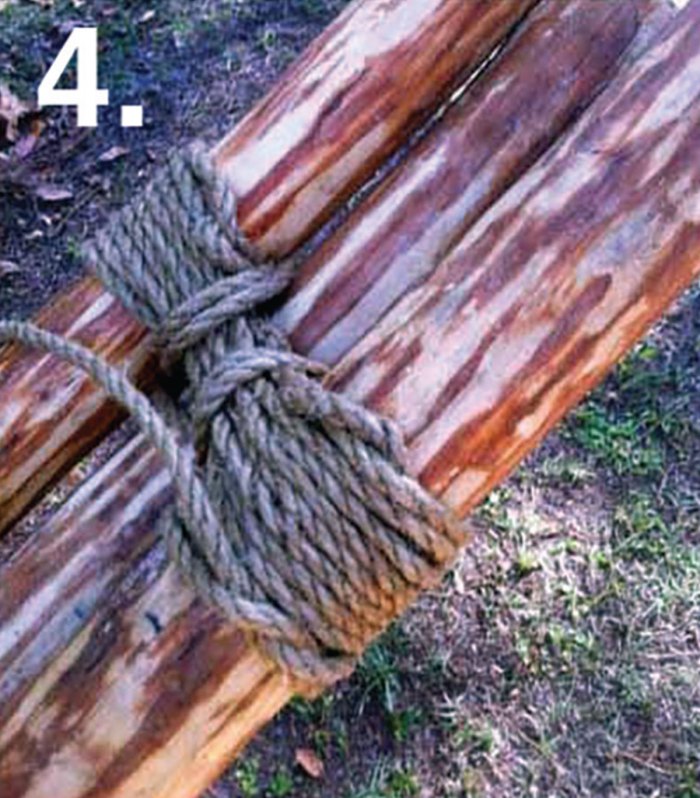 4. End with a clove hitch around an outside pole. 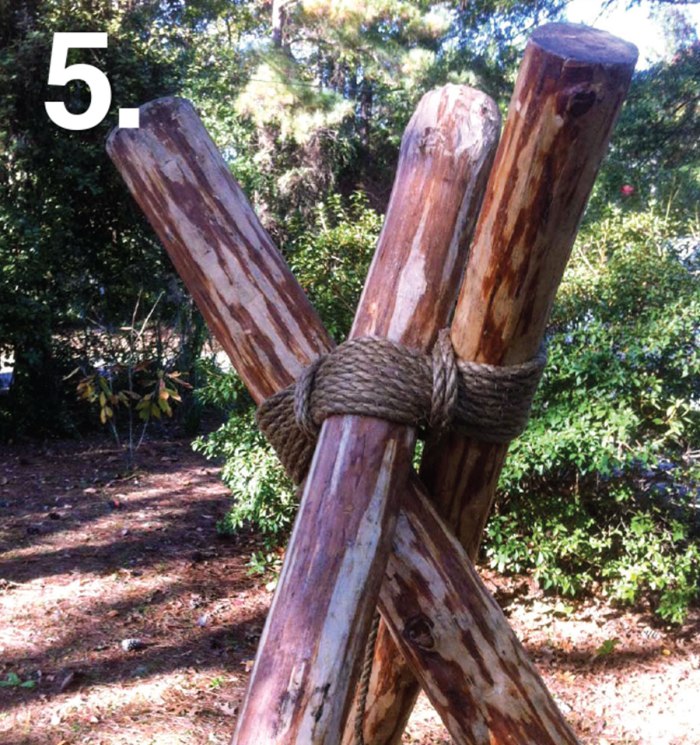 5. Spread the posts of the tripod into position, crossing the outside poles under the middle pole. See how in this video: 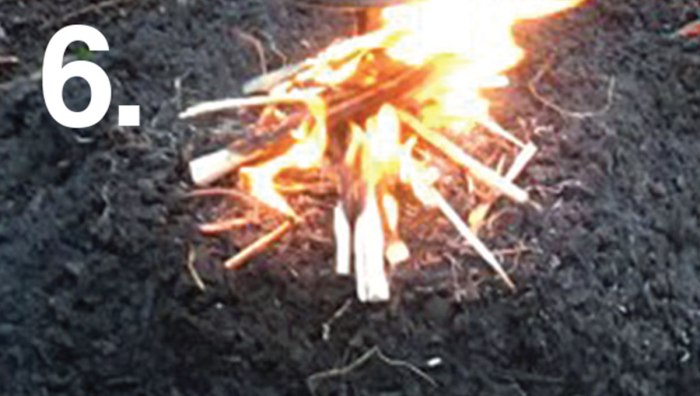 6. Using Leave No Trace principles, build a small cooking fire between the tripod legs. Keep the fire centered a safe distance from the legs. 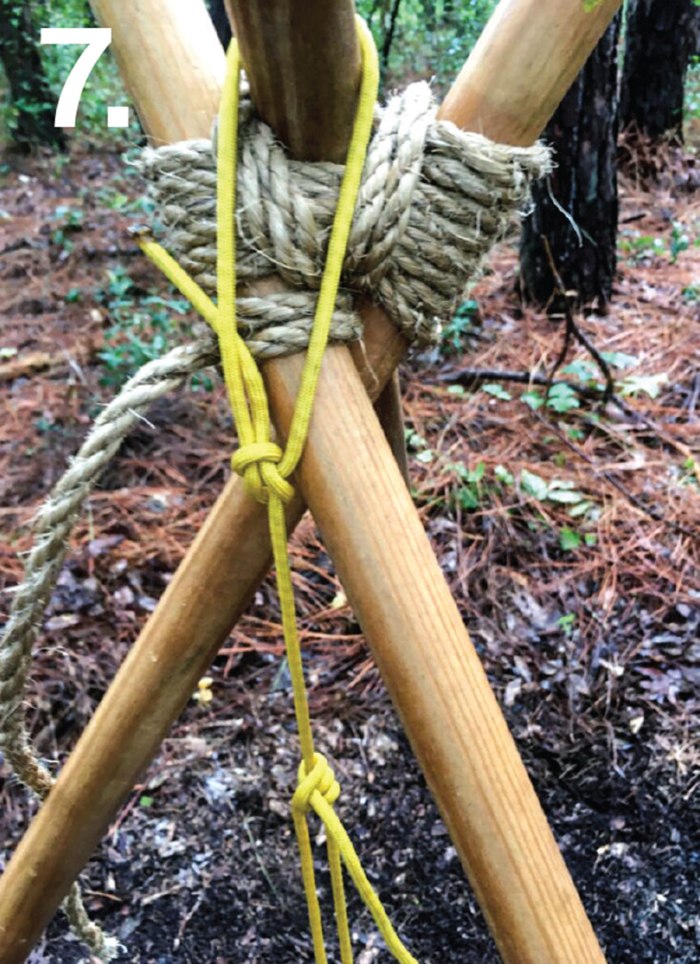 Find out how to tie all the knots featured here at go.scoutlife.org/knots.

5 Comments on How to Build a Cooking Tripod