Think about the times you might have some downtime with your fellow Scouts. Maybe on a campout or after a meeting. That’s the perfect time to play sports.

No referee? No official sports field nearby? No problem. Here are four fun outdoor games adaptations that you can try. 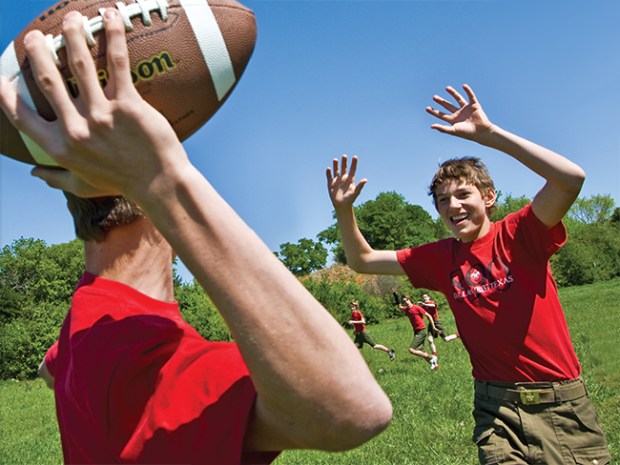 Our touch football-style game requires only a ball. The rest is up to you.

Depending on how many guys want to play, designate one quarterback and an equal number of receivers and defensive backs. It doesn’t matter what slot you start at. In this game, everybody gets to rotate and play each position.

The QB gathers his receivers and designs a play. The defensive backs do their best to cover the receivers and break up the pass. If you have an even number of Scouts, one position should be a designated pass rusher who counts to 10 then rushes the QB.

There are no first downs. A drive ends after four plays or a touchdown or interception, whichever comes first. A touchdown nets 2 points each for the QB and the receiver who scores.

After each drive, the players rotate positions. Once everybody has had an equal number of drives at each position, you total the points and see who wins. 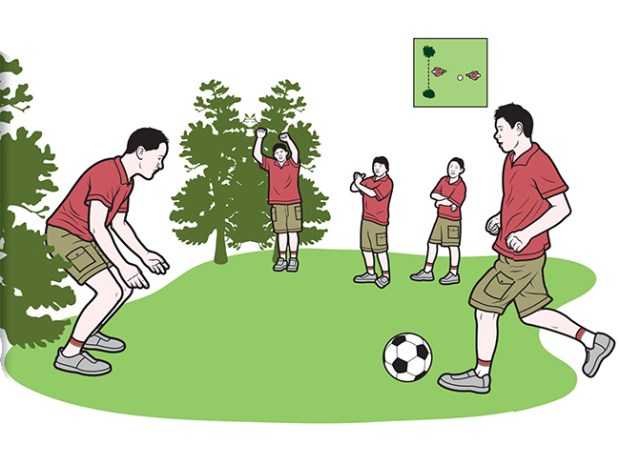 It’s easy enough to get a game of pickup soccer going. You might not have a real goal, but the space between two trees works.

If you’re short on players, consider re-enacting one of the most exciting plays in the sport: the shootout, which pits one goalie against one player attempting a free kick.

If you have more than two Scouts, rotate guys in and out after each shot attempt. If you have just two players, switch back and forth between goalie and forward.

In real soccer, the goalie can’t leave the goal in a shootout, but who says you can’t tweak the rules in your game?

Players get 1 point for a goal when they’re on offense and 1 point for a save on defense. Give everybody an equal number of chances at each position and then see who comes out on top. 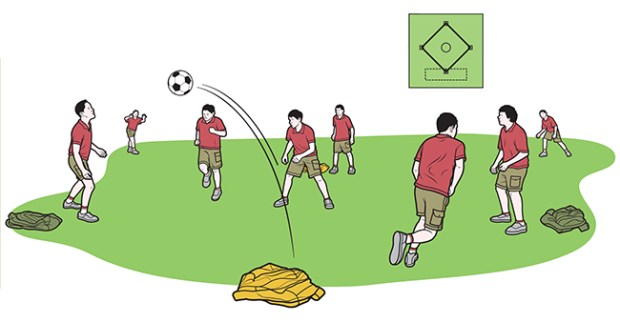 Baseball’s a blast, but it’s a pain to carry bats and gloves on a hiking trip. As an alternative, consider kickball. Trust us — it was fun in the third grade, it’ll be fun now.

You know the rules: It’s like soccer-baseball. It can be played with a soccer ball or a softer rubber ball. You’ll need a decent number of Scouts to play so you don’t end up chasing a kicked ball through the woods all day.

Don’t worry about designating positions in the field. Just spread out enough so you’ve got most of the ground covered. You can use empty backpacks for bases. Just don’t stomp on them too hard.

When you were younger, you may have played with the rule that allows you to throw the ball at a runner to record an out. While that might seem like a good idea, keep in mind that you’re probably a lot stronger now than you used to be. A blow to the head with even the soft rubber ball isn’t fun for anybody.

And definitely don’t try that with the soccer ball. Instead, record outs the old-fashioned way — by touching the base before the runner gets there. 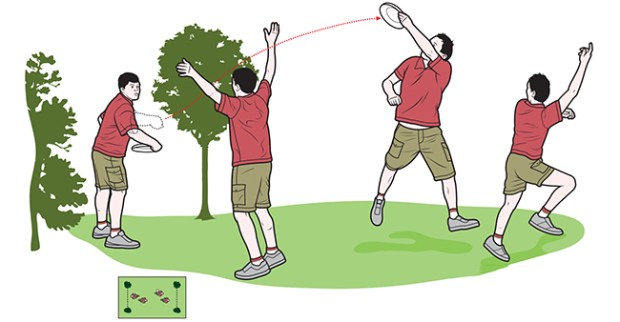 You wouldn’t dare go camping without a flying disc, would you? If you can throw a disc but you haven’t played Ultimate, then you don’t know what you’re missing.

It’s like soccer, with one major difference: You can’t run with the disc. Once you make a catch, you must wait for a teammate to get open and throw him the disc. When he makes the catch, it’s your job to get open downfield while he stays put and throws it back to you.

The ultimate goal is to pass the disc into the end zone.

End zones can easily be designated with trees or other landmarks. Ultimate can be played with as few as four players, two on each team.

47 Comments on 4 Fun Sports For the Great Outdoors