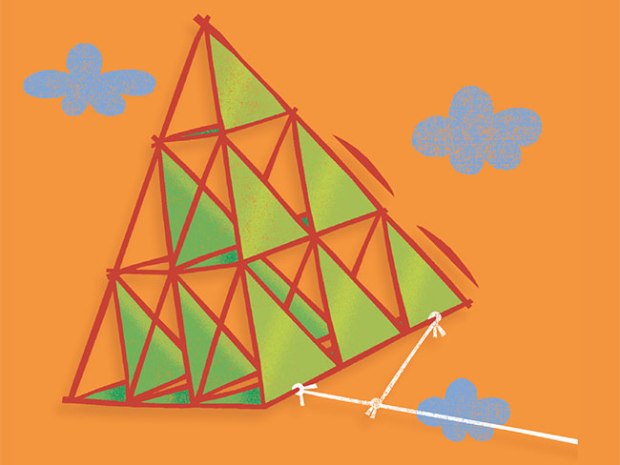 Alexander Graham Bell became famous for inventing the telephone. But he had a bigger dream: manned flight.

A year before the Wright brothers made their historic flight in Kitty Hawk, N.C., Bell wrote in 1902 that it was possible to build large, lightweight flying machines. Instead of building one large wing, he proposed a bunch of small wings in the form of tetrahedrons (teh-tra-HEE-drons), strong, pyramid-shaped structures.

Step 1: Cut a piece of string eight times as long as the length of a straw. Thread the needle with the string. 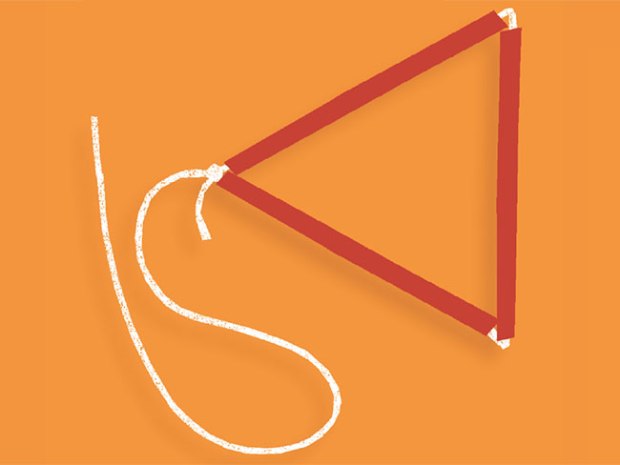 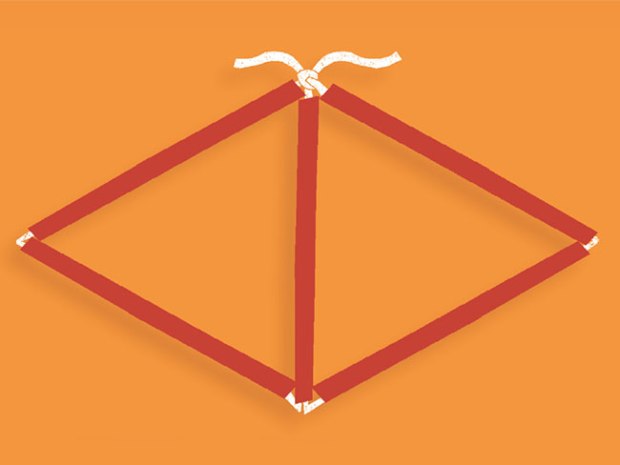 Step 3: String two more straws on the long string. Tie to one of the triangle’s corners using a double half hitch. Cut the string leaving a 2-inch end. Keep remaining string for later. 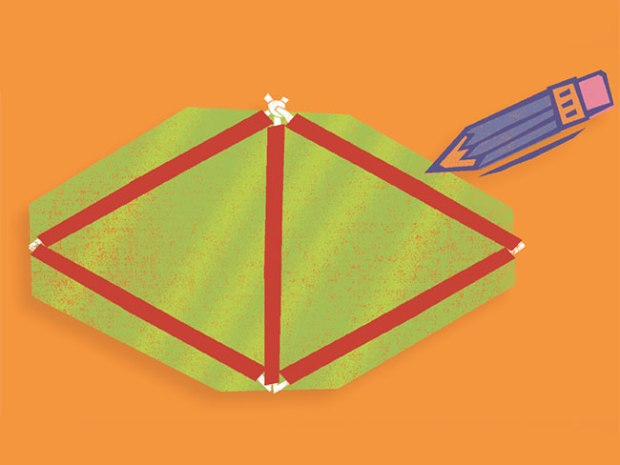 Step 4: Make a pattern by tracing both triangles onto the file folder or poster board. Draw a 1-inch flap along the side of each straw. Cut out. Save for step 6. Tie remaining string to left or right corner in figure above. 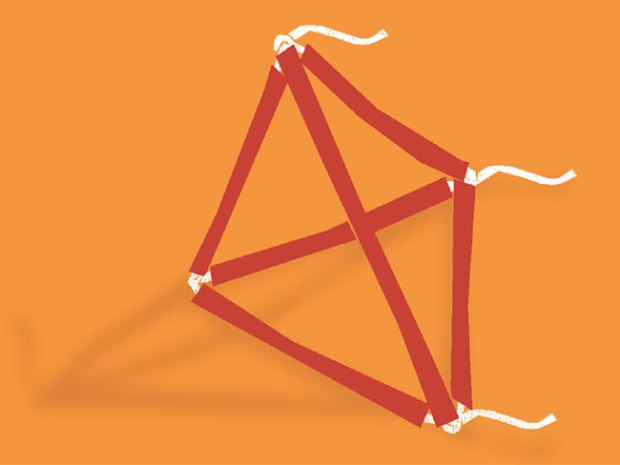 Step 5: Thread a sixth straw with leftover string. Tie the string to the opposite corner, creating a three-dimensional figure. You now have the frame of one cell. 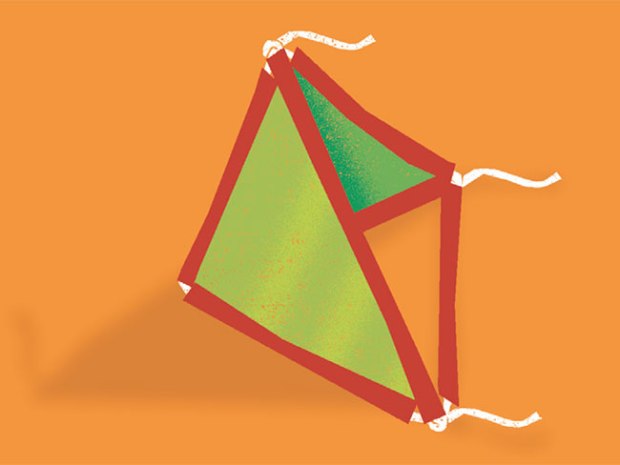 Step 6: Trace the pattern onto the plastic bag, and cut along the lines.

Step 7: Lay the frame on the plastic, and tape in place. 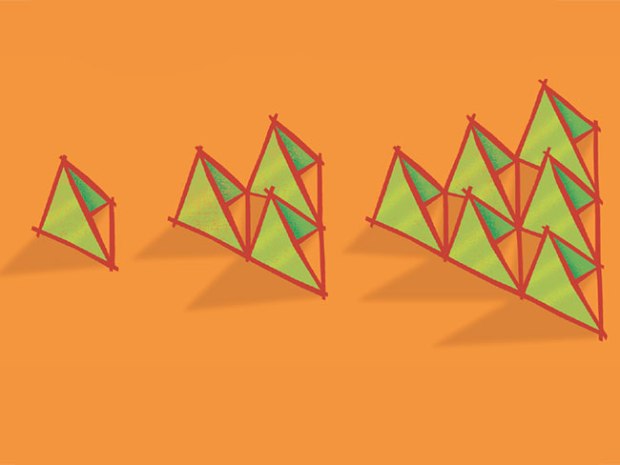 Step 9: Tie cells together with the ends of the strings. Be sure the leading edges face the same way! 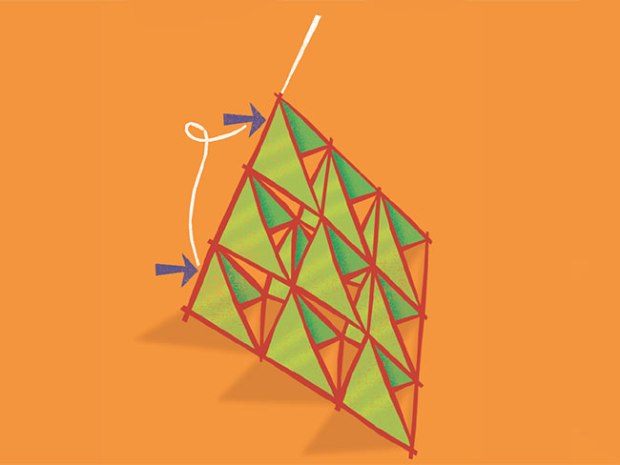 Step 10: Slide the dowel through the straws in the leading edge and cut excess. Put tape over each end of the dowel to keep it from sliding out.

HOW TO GET YOUR KITE READY TO FLY

1. Tape the dowel in place at the areas marked by arrows above.

3. Thread string on a needle. Sew ends of string through plastic around the dowel.

4. Tie an overhand knot one-third down from the top.

5. Tie your flying string to the knot, and launch your kite.

56 Comments on How to Make a Tetrahedral Kite