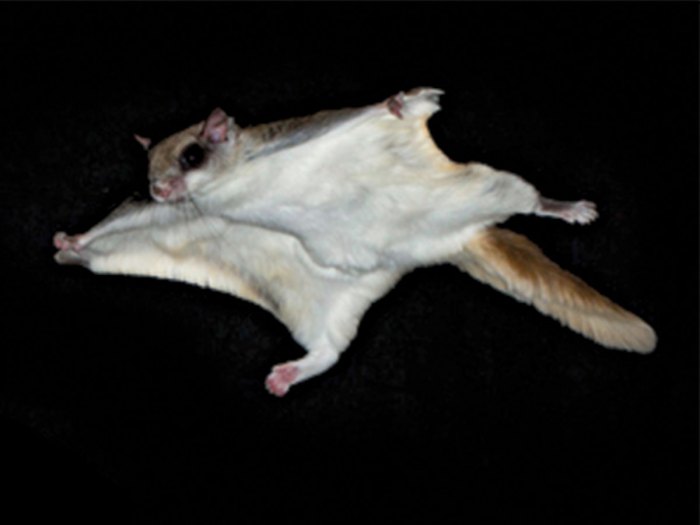 Flying squirrels are amazing animals, but their name is misleading. They don’t flap or have wings. What they should be called are “gliding” squirrels.

They have skin folds called “patagia” between their arms and legs, attached at each wrist/ankle. When they jump from a tree, they spread their patagia and catch air like a sail, using gravity to glide. Their wide, long tails (almost as long as their body) act as a rudder to steer them. They are super maneuverable in the air and can turn 180 degrees mid-jump!

And they can glide far. The longest recorded glide is nearly 300 feet — that’s a football field — although most go only 20-30 feet at a time. Pads on their feet act like shock absorbers, cushioning the impact of landing.

Also unique to these tiny squirrels are their huge, dark eyes, which provide excellent night vision. Flying squirrels are active after dark, which explains why few people ever see one. We have a family of flying squirrels at our place here in north Florida. Sometimes we hear high-pitched chirping from up in a tree near our house. Only when we’re very lucky do we actually see one, and that’s with the help of a red-filtered spotlight (to keep from scaring them off). Their large eyes reflect the light, giving them away. 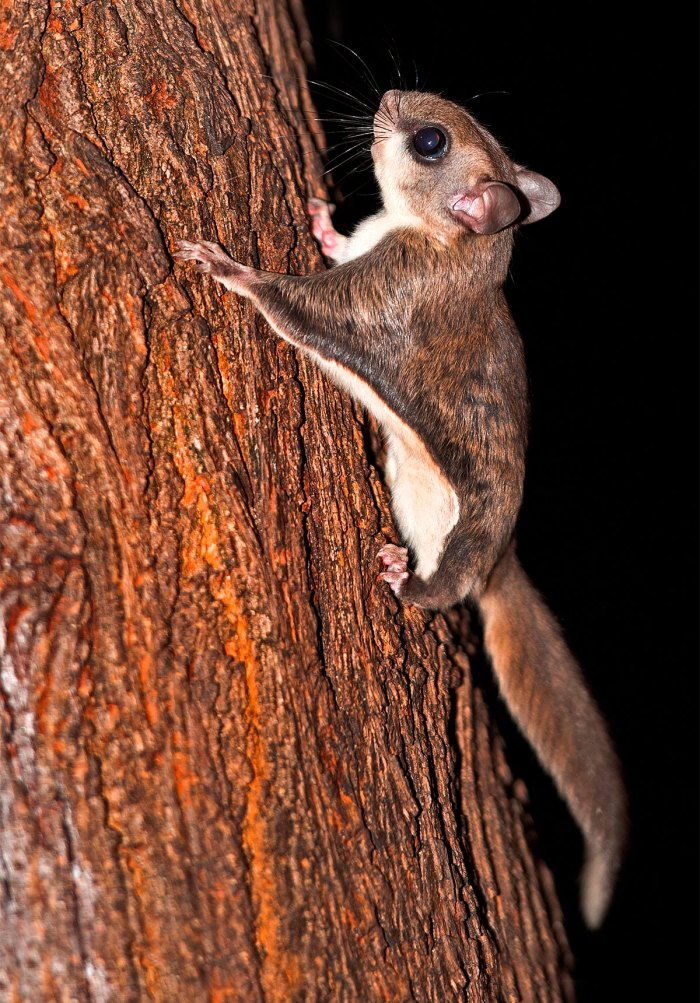 There are nearly 50 species of flying squirrels, and almost all are in the Northern Hemisphere. Most are found in Asia, with several in Europe and North America. There are three species in the United States: southern, northern and Humboldt’s flying squirrels.

The southern flying squirrel is found in the eastern U.S., from Minnesota to Maine in the North, to East Texas and Florida in the South. Their range also extends into southeastern Canada and parts of Mexico and Central America. They prefer living in forests in which the trees drop their leaves.

The northern flying squirrel’s range is mainly in the northernmost states, Canada and Alaska, extending southward along the Rockies and Appalachians in evergreen coniferous forests.

Humboldt’s flying squirrel is a western species from British Columbia to California. They look like their northern cousins, except slightly smaller and darker.

From nose to tail tip, flying squirrels in the U.S. are the tiniest of all our squirrels, from 10 inches for the southern to 13 for the northern. 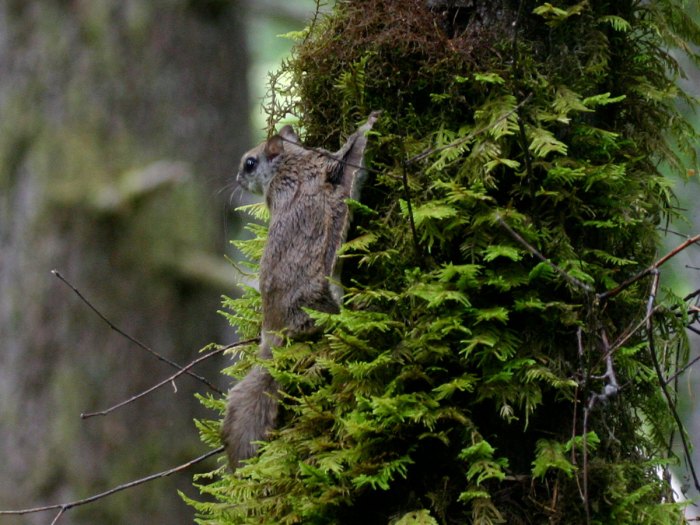 Since jumping and gliding are their main ways of getting around, a healthy forest with plenty of close, tall trees is crucial to their survival. Such forests provide quality shelter and food, like nuts, seeds, lichen, fruit, bark, tree sap, insects and bird eggs.

In return, flying squirrels help the forests. They love to eat certain mushrooms, such as truffles. Many of these mushrooms have close connections with tree roots, increasing the trees’ uptake of water and nutrients. This makes flying squirrels important in the restoration of forests by helping to disperse not only plant seeds, but also the spores of these beneficial fungi.

Flying squirrels can store up to 15,000 nuts and other seeds per year. 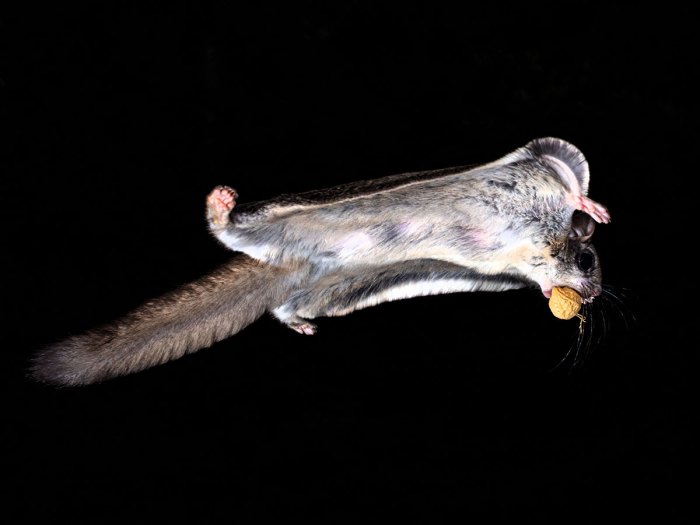 Flying squirrels typically give birth to two or three kits (although they can have up to six), which stay with their mother for roughly four to six months. Family groups live together, and they often have several tree cavities or nests, one of which is only used as a latrine (to keep their sleeping areas nice and clean).

Flying squirrels will use nest boxes on trees. These boxes should be installed in groups of three or four, one of which is used as a latrine. Find instructions for building them yourself at go.scoutlife.org/squirrelbox