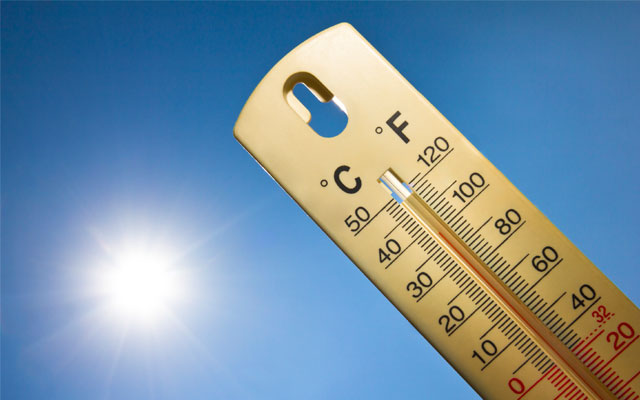 John Musgrove was on his first backpacking trip, and he was not a happy hiker.

The eighth grader and his Scout patrol were hiking a section of the Appalachian Trial in the Mark Trail Wilderness of north Georgia.

John, 13, was a good student but he didn’t exercise much and wasn’t in very good shape. The summer heat was hammering him. He sat beside the trail, slumped against his pack, pale as a ghost. Sweat poured down his face. His breathing was fast.

Pete Barnes, the Scoutmaster, helped John into a patch of shade. Mr. Barnes wet his bandanna from his water bottle, and draped it over the boy’s head. He told John to drink the rest of the water in small sips. Over the next hour or so, John drained the bottle. By then, he seemed his same old self. Hiking slower and drinking more water, he was able to finish the trip.

When your body loses too much water and salt, trouble follows. Heat cramps — muscle cramps caused by water and salt loss — aren’t serious, but they do hurt a lot.

To get better, drinking water with a pinch of salt is very important. If you rest and gently stretch cramped muscles, and massage them a little bit, the pain goes away faster. Your body loses water when you sweat, urinate or defecate, vomit or have diarrhea; and every time you breathe.

A Body of Water

You may look and feel pretty solid, but more than half of you is water — and you need it all. On a normal day you may lose a gallon or more in various ways. Usually you gain back the lost fluid by drinking and eating. But when you lose too much water, as John Musgrove did — a problem called dehydration — your health and maybe even your life are threatened.

Sweat is mostly water, with some sodium chloride, also known as salt, in it. When sweat evaporates from your skin on hot days, that cools you inside. If you’ve lost too much water, or if it’s too humid (moisture in the air) you may not be able to sweat enough, and you can begin to get sick from heat exhaustion. Symptoms include headache, nausea, light-headedness, pale skin and extreme fatigue.

This is a serious health problem, but it’s not life-threatening. You can beat heat exhaustion by resting and drinking water the way John Musgrove did. It’s a good idea to drink at least a quart of water, slowly, and to add just a pinch of salt to it. You can also nibble a few salty snacks while drinking. Remember: Sip slowly so your body absorbs as much of the water and salt as possible. Too Hot, Too Dry

If you get too dehydrated, your skin becomes red and hot and you heat up inside. Your brain, which is very sensitive to rising temperatures, begins to cook. A hot brain can make you crazy, feel lost and want to argue or pick a fight. Heat stroke has struck. You have only minutes to act!

A person with heat stroke should be cooled down as quickly as possible. Soak his skin with water and fan him to speed the cooling effect of evaporation. Massage his arms and legs to send the cooled blood near the skin back inside. If water is short, focus on cooling his head. And get medical help — immediately!.

You can prevent heat problems. Avoid hard exercise during the hottest part of the day. If you’re not in shape, slow down and let your body adjust. Wear cotton clothes to help sweat evaporate. Eat snacks that contain a little salt. Drink water and keep drinking it.

12 Comments on How to avoid heat exhaustion