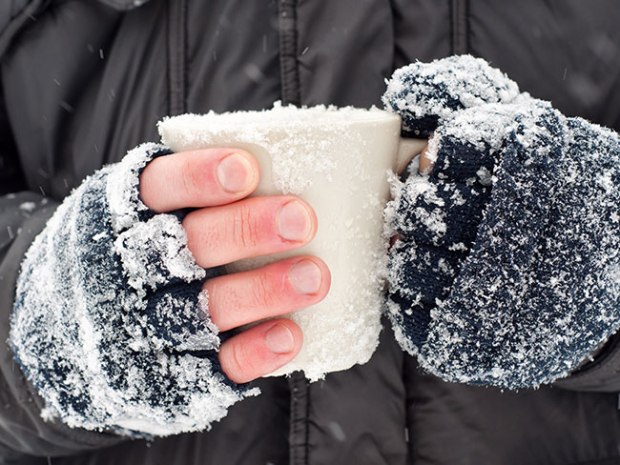 Cold weather can be dangerous to our skin, muscles, nerves and bones. The good news is it can easily be avoided if you know what to look for.

Frostbite is tissue damage caused by freezing, and it is much more common than you might think.

When we are exposed to sub-freezing temperatures, the fluid outside and inside our cells starts to freeze. Eventually, ice crystals develop inside those cells. The cells get damaged from this injury, and the body responds with inflammation in an effort to repair the damage. With time and sustained damage, this massive inflammation can further cut off the blood supply to the affected tissues, and the cells eventually begin to die in a process called necrosis.

The most distant parts of the body — ears, cheeks, nose, hands and feet — to which blood must travel the farthest, are the ones most affected by frostbite.

HOW TO TREAT FROSTBITE

Treatment depends on the severity of the tissue damage.

Frostnip is the numbing or tingling sensation that occurs when exposed to cold for a short amount of time. Frostnip is not true frostbite, just supercold skin, and it does not lead to any permanent damage. Frostnip looks pale and feels cold. Sometimes frostnipped skin appears as a patch of white on your cheeks and nose.

As soon as you see symptoms of frostnip, cover the cold spot with your warm hands and get to a warm place as soon as possible. If your fingers or toes are affected, stick them inside your clothing, next to your warm skin, until they rewarm and appear normal again.

Superficial frostbite is the term for cold-damaged tissue that hasn’t frozen solid. When you push carefully on the cold skin, it’s still pretty soft. It looks like frostnip, but blisters form when the skin is rewarmed.

Rewarm in the same way you rewarm frostnip, but don’t pop these blisters. Cover them with a clean dressing and be careful to keep the skin from freezing again. This person needs to see a doctor.

Deep frostbite occurs when tissue has frozen solid. It feels like ice and can vary in severity depending on how deep the ice crystals form. Damaged skin can look differently depending on the depth of necrosis. It can be gray, yellow or blue, have large fluid-filled blisters or be completely black and numb. Deep frostbite can be very painful.

Unlike superficial frostbite, you don’t want to rewarm deep frostbite without medical help. Insulate the area to keep it from thawing or freezing even more, and get the person to a doctor as soon as possible. Without proper treatment, frostbite can cause permanent damage to nerves and lead to loss of sensation and movement. It can even cause large infections, so any sign of frostbite is a medical emergency.

HOW TO PREVENT FROSTBITE

1. Dress properly. The simplest way to prevent frostbite is to dress warm. Layers are the best way to dress in cold weather. Wear an inner-most polypropylene layer that will wick moisture away from your skin, followed by an insulating wool or fleece layer. Top it off with a wind, rain and snow protector like a waterproof jacket. If the clothing gets wet, change it as soon as possible so your skin is not damp for a prolonged amount of time.

2. Wear mittens. They hold more heat than do gloves because mittens keep your fingers together.

3. Keep your body fueled up. Don’t forget to stay well-hydrated and well-fed so your body has the energy to plow through the snow and return home.

4. Be careful around cold objects. Frostbite can also occur by direct exposure to objects that are freezing cold, such as ice-packs. That’s why it’s important to put something between your skin and the icepack (like a cloth), and to limit the time spent in direct contact with an icepack to no more than 20 minutes.

As the temperatures drop below freezing, just remember that frostbite is a realistic danger that can be easily prevented with some forethought and planning. A pair of warm armpits can help, too!

7 Comments on How to Prevent and Treat Frostbite