Someday, you’ll be able to think big when it comes to backpacking. 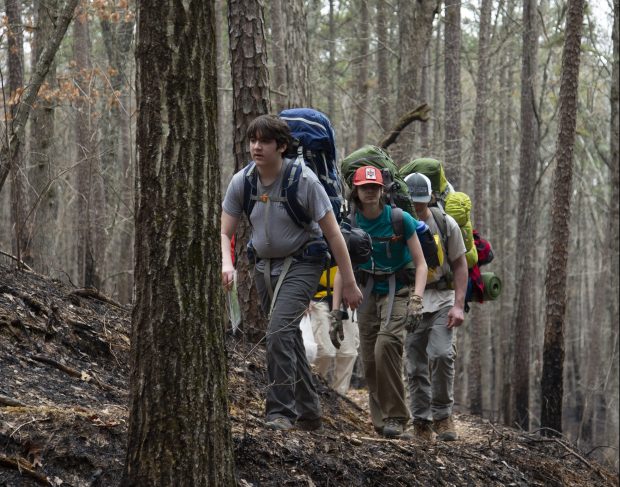 Venturing Crew 413 from Elburn, Illinois, has some veteran backpackers who could probably handle Philmont. But they also have plenty of inexperienced guys and girls who aren’t ready for such a massive trip.

On their outing to the Mark Twain National Forest in Missouri, the veterans in the group backpacked the entire Berryman Trail, a 24-mile loop that ends right where it begins. It’s a good, solid three-day trip for experienced hikers. 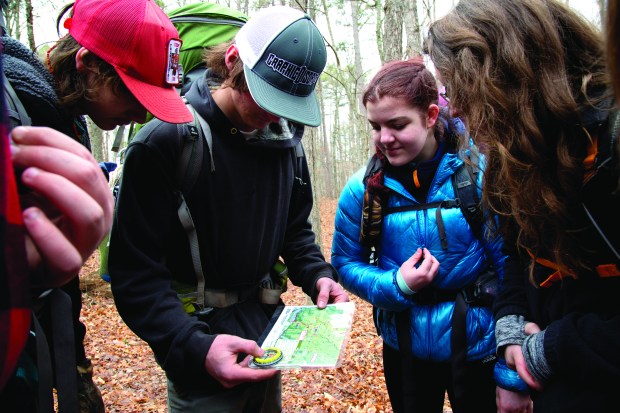 In the meantime, the less experienced members hiked part of the way on the trail, and then rode back to base camp to spend the night. That way, they avoided the stress of setting up camp in a different spot each evening, while still getting enough experience to learn about the basics of backpacking.

They started small, so that someday they’ll be able to think big.

For Megan Steffey, 14, the Berryman Trail would be her first backpacking experience. She had joined the crew a few months earlier for just this kind of trip.

Megan knew that Crew 413 had the perfect plan: 10 miles on each of the first two days, followed by a short third day. That way, they’d have time to visit Elephant Rocks State Park and St. Louis’ famous Gateway Arch before the six-hour drive home. And she was ready. She had the right gear. She had completed a 5-mile practice hike with a full pack to get the feel of backpacking.

And, most important, she had the right attitude.

“I was nervous because I had never done it before,” she says, “and I was excited to see everything that was going to happen.” 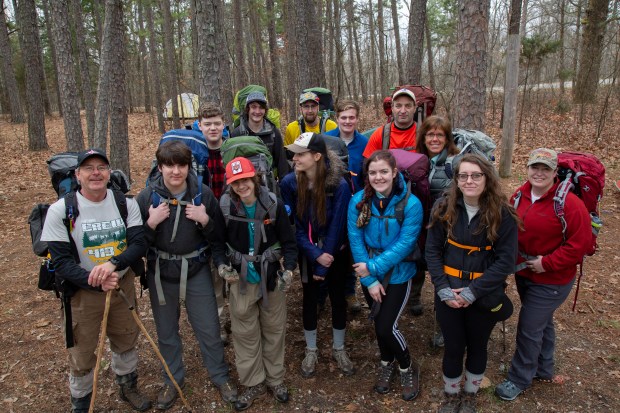 It wasn’t long before Megan and the rest of the crew learned something else: It’s easy to make a wrong turn, even on a trail for beginners.

No worries, though. The veteran backpackers teamed up with the adults to solve the problem. They realized where they had made the mistake, and in no time the group was back on track.

A good lesson for everyone, beginners and experts alike.

“Everybody was working together to figure out where to go,” Megan says. “We ended up getting lost, but it was fun. We worked together to get through that to get back on track.”

Good Advice for All Backpackers

For Kyle Roethemeier, the 16-year-old president of Crew 413, the Berryman Trail would be pretty similar to the handful of backpacking trips he had already experienced. 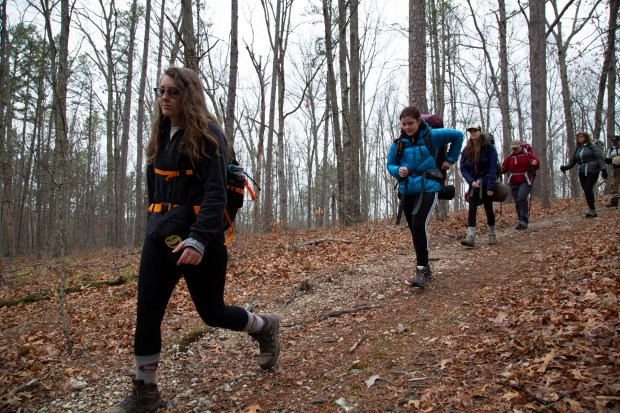 As the youth leader of the crew, one of his jobs was to keep an eye on his fellow backpackers, especially the ones with less experience.

“For some of the time, we were setting the pace,” Kyle says. “We always tried to make sure we could see everyone. There were times when I couldn’t see everyone, so we’d stop and wait for them to catch up.”

Kyle and the other experienced crew members also provided advice when needed, carried extra gear when required and overall made sure everyone was having fun.

One of the biggest challenges of backpacking, Kyle has learned, is how you approach it with your mind.

“On my second backpacking trip, I remember we had an older Scout with us who always said, ‘The camp is just around the corner.’ ” Kyle says. “And if you think of it like that, it tends to go a lot easier than if you think, ‘This has been going on forever, and we’re never going to get there.’ ”

For Tim Bohanek, 16, the Berryman Trail was supposed be his eighth backpacking trip. That was, until his doctor advised him that it wasn’t a good idea to go backpacking with an injured knee.

Still, he was happy to provide advice to the rookies when needed.

“Make sure you have good, broken-in hiking boots,” he says. “And make sure your backpack is fitted right.

“After my first two trips, I finally figured out how to do it right. Some of the older Scouts let me know what worked for them in the past.” 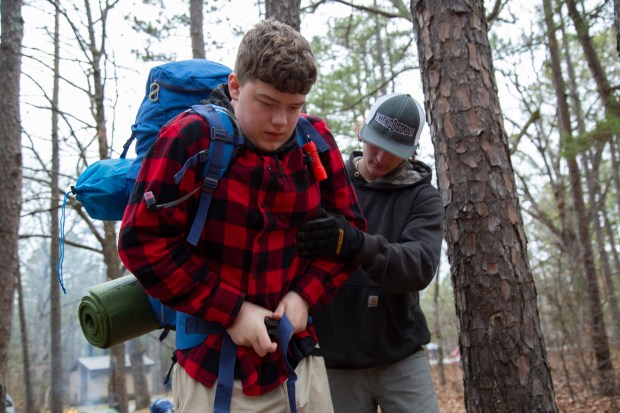 For Brianna Stiles, 20, the Berryman trek was an opportunity to experience more than a one-night campout.

“It was totally new to me,” she says. “I’d been camping before, but never for that long.”

The forecast called for pleasant weather, but Brianna saw how fast that can change when the crew was met with light rain and chilly temperatures, especially at night.

She also learned how awkward it can be to walk on an uneven trail with a 30-pound pack on your back.

“It was a lot of switchbacks going up and down hills,” she says. “If you looked up from the trail for a moment, you could have tripped on a rock and fallen.”

And these hardships don’t even cover the mediocre freeze-dried food. In the end, though, Brianna learned the most important backpacking lesson of all.

“Don’t push yourself too hard,” she says. “You’re gonna make it. It’s not that difficult. You’ll have a good time.

“The last night we were there, we all got together and had dinner around the campfire and talked about the entire trip. It was a lot of fun.”

The Berryman Trail is listed by the U.S. Forest Service as having a difficulty level of “moderate.” Motor vehicles aren’t allowed, but hikers must yield to bikes and horses.

Unless you’re an expert, plan on three days to hike the entire loop. You can camp anywhere along the trail, but remember to dispose of human waste at least 100 feet away from the trail and campsite.

Don’t buy a fancy new pair of hiking boots the day before your backpacking trek. Instead, break them in by wearing them for several weeks in advance.

When packing your pack, make sure the weight is on your hips and not your back. It’s easier for your bones than your muscles to support the weight of the pack.

Love stories and expert outdoor advice like this? We’ve got insider tips just for subscribers. Get a year’s worth of the best and funniest and most interesting things you need to know for $12.

1 Comment on How to Prepare for a Long Backpacking Trip? Try This!