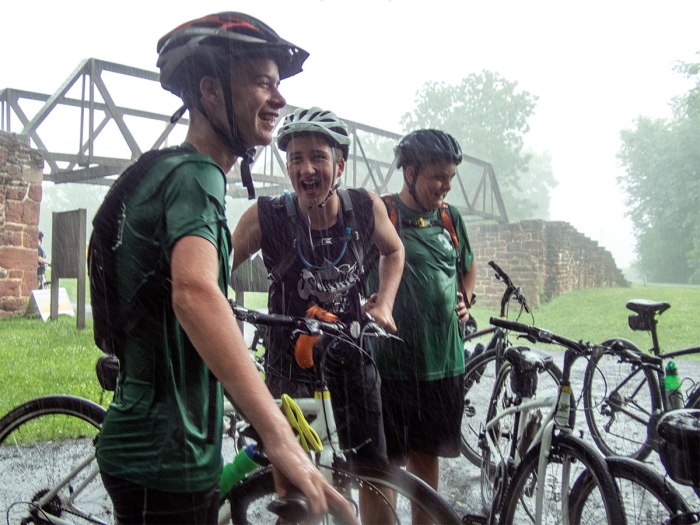 At first, Parker Island did not look like an ideal place to camp.

After four days of backpacking and a day of canoeing, the members of Troop 141 from Christiansburg, Virginia, were hoping for a flat, clean place to hunker down for the night on this deserted island in the middle of the Shenandoah River.

Instead, all they found were downed trees and debris from the river. Not a great place to get a good night’s sleep. It had already been a challenging few days. And now this?

“That was kind of my mental breaking point, where I wondered if I could do much more of this,” says Dallas Wells, a 13 year-old who served as a patrol leader on the trip. “We had no latrine or anything; we had to make everything.” 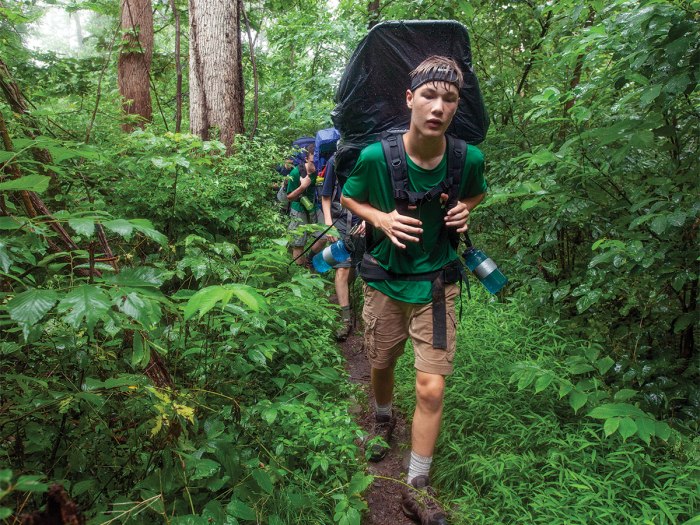 The troop was just halfway through a marathon trip that would include another day of canoeing, two days of cycling on the C&O Canal Towpath and — ultimately — two days of touring in Washington, D.C. So that night, most of the Scouts just wanted to go to bed as soon as they found a place to pitch their tents.

But senior patrol leader Reagan Young, 15, rallied the group together. His first task: Get dinner cooked.

“I volunteered to cook,” he says. “Once everyone figured out that we were going to be able to do it, people started pitching in.”

After a tasty hot meal, spirits began to rise, and the campsite didn’t seem so bad after all. After dinner, they were lulled to sleep by the sound of the river. 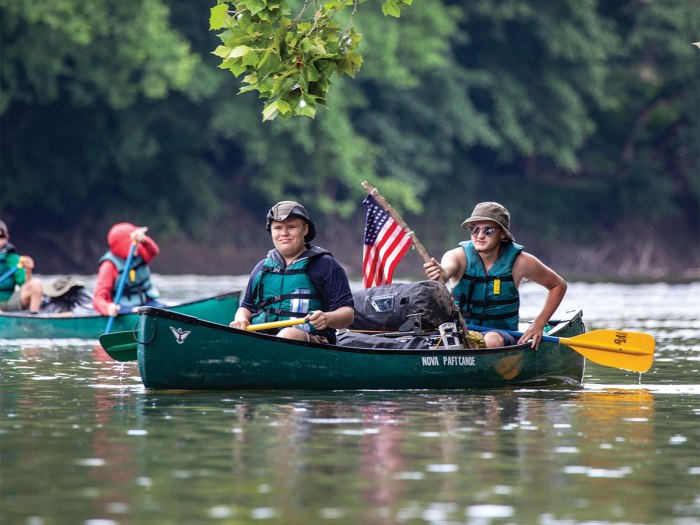 “Going to bed with the flowing river, it was just really peaceful,” Reagan says. “That’s something I’ll never forget.”

Troop 141 completed its “115-Mile Challenge” last summer, but the whole thing really started two years ago, when members of the troop did two separate programs — kayaking and cycling — at the East Carolina Council’s Pamlico Sea Base. When they couldn’t choose between those activities for the following summer, they decided to do both, and to add some backpacking on the Appalachian Trail for good measure.

An older Scout took charge of planning each leg of the trip, serving as senior patrol leader for those days. Three patrol leaders worked on menus and duty rosters, and on keeping everybody’s spirits high despite the physical and mental challenges they faced.

“When it was really hot, I had to make sure everyone was drinking water and not passing out or anything,” says Cody Bruce, 17, a patrol leader on the trip. 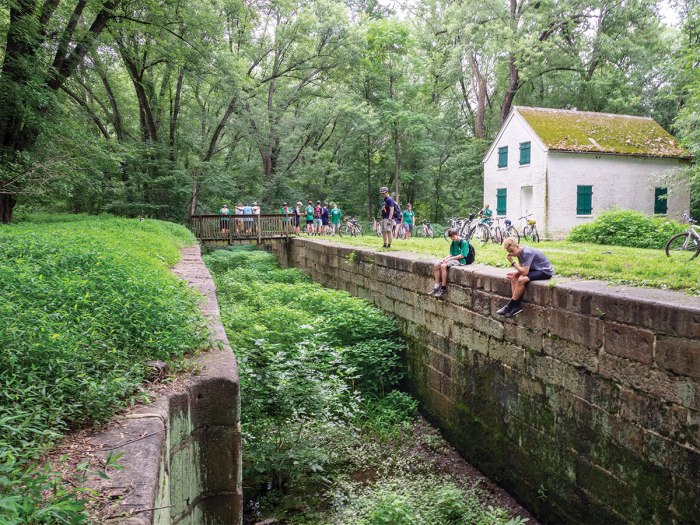 With three very different types of activities, everybody found something they liked, as well as something that pushed them to the limit.

For example, Jeremiah Garretson, 13, who led the backpacking leg, loved that part, even when the troop faced a 1,000-foot climb in 98-degree weather.

“I think it’s awesome that you can carry a 25-pound bag with everything you’re going to need for a couple of days,” he says.

For Evan Cline, 14, a patrol leader on the trip, backpacking was the biggest challenge. He’d never gone backpacking before, so he wasn’t used to carrying around a heavy backpack. But he’s also glad he met the challenge. 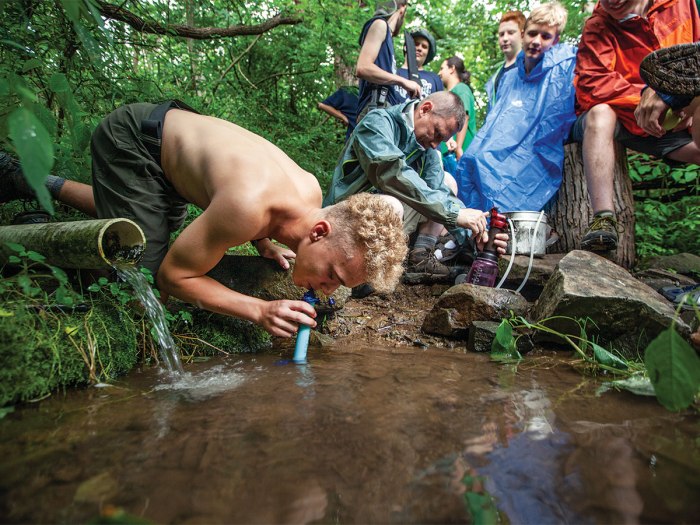 “You might be thinking while you’re on the trail, ‘I don’t want to be here; I don’t want to do this.’ But then when we got to D.C., we were all so happy that we did it,” he says.

One of the biggest challenges everybody faced was the weather. Their first day of cycling had to be cut short because of torrential rain. Rather than pitch tents in a monsoon, they spent the night in a picnic shelter.

“The next morning, we were all soaking wet, and we were also about 10 miles behind where we needed to be to make it to D.C.,” says Sam Sheppard, 17, who led the cycling leg. “So we got up early and started riding. 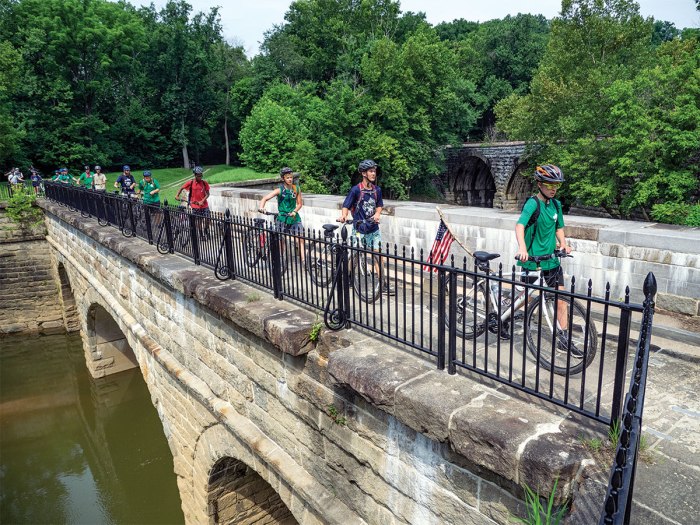 “We saw a lot of animals on the trail. It was super cool because we were like 5 or 10 feet from some deer and stuff.”

So what was the best part of the trip? The bonding that happened along the way, Sam says.

“Even though we were tired and in pain and everything,” he says, “it was a really good bonding experience for all of us.”

Three years before the trip, Troop 141 Scoutmaster Mike Abbott asked his Scouts to draw pictures of what they wanted the troop to do. 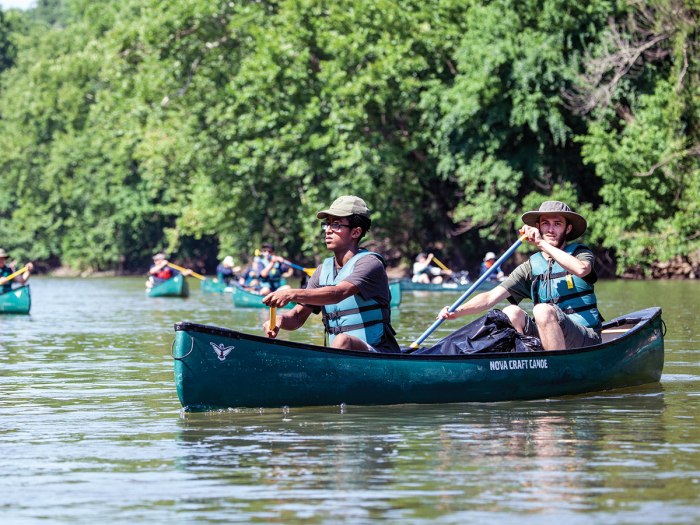 “I drew a picture of a Boys’ Life magazine,” Sam Sheppard says. “I wanted to do something cool enough to get us in Boys’ Life.”

Sam is glad that his wish came true — and that he and his fellow Scouts made it happen.

“I think it’s really cool how we’re a Scout-led troop,” he says. “The adults are here for the BSA standards and our protection and stuff, but other than that, everything gets handed off to the youth in the troop and we plan pretty much everything.”

KNOW BEFORE YOU GO

An epic adventure like the one Troop 141 completed is not to be taken lightly. You’ll definitely need to Be Prepared, both physically and mentally. Due to the strenuous nature of this trip, the Scouts themselves decided that Second Class rank and the First Aid merit badge were prerequisites. Every adult who went had to be certified in first aid and CPR.