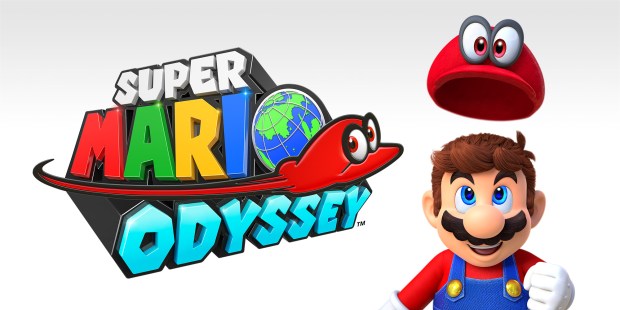 Super Mario Odyssey is one of the year’s finest offerings, filled with dinosaurs, faraway locales, actual human beings and plenty of open-world exploring. Yes, there are plenty of classic pipes and coins, too. Here’s what makes the game great.

Not since the first Super Mario Galaxy has there been a more inventive Mario game. There’s never been a truly expansive open world Mario before (Super Mario 64 wasn’t that big). Nintendo had a chance to try a variety of new things in everything from a big city locale to an underwater lake and beyond. Gaze and zoom in at each world’s beauty high in the sky through binoculars. Ride long distances on power wires. See a green pipe? Go discover what’s inside. And also, there’s this giant ride-able prehistoric beast.

There are a half dozen jaw-dropping moments in Super Mario Odyssey’s first hour. But none is more heart-stopping, more utterly amazing, than the ability to inhabit a dinosaur by tossing your cap on its reptilian head. Essentially, you can drive this guy. The Joy-Con controllers rumble as he moves, like an earthquake. He devastates small enemies with as much power as, say, Knack in his giant form. He crushes softer rocks with ease.

And, as you crush, you might find collectibles, too. Super Mario Odyssey offers one of the best first hours on any game in recent memory. The bonus is seeing all this from a first person — er, first dinosaur — perspective.

A ghostly being named Cappy inhabits Mario’s cap. Cappy becomes your guide. And the cap also becomes a weapon. Move the controller like a Frisbee to attack your enemies (or alternatively, press a button). You can jump on the cap, too, to get to difficult places. And in one powerful move, the cap can attack all the enemies in an area.

It’s another first. Human beings, in addition to Mario characters, populate New Donk City. The city’s mayor, jazz musicians, and other people deal with the heroic Italian plumber in some way during quests. These people not only make Mario’s world feel more real. It’s like Disneyland meets big city life, too.

The Odyssey Is an Airship!

This unusual travel vessel uses Power Moons as energy. You need to collect enough moons in each land to give the Odyssey enough gas, so to speak, to blast off. Sometimes, moons are hard to get. I knew an eagle in the Sand Kingdom had one. But I had to figure out how to get close enough to the eagle to whack him with the cap to get the precious fuel. Inside the Odyssey, you’ll get tips on the next world you’re trekking to.

Do You Have To Save Princess Peach … Again? 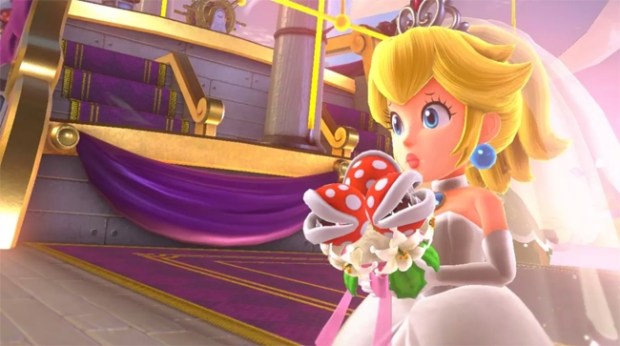 Yes. That happens in every Mario game. Bowser kidnaps Princess Peach to marry her. And Mario has to travel through many lands to save her. It’s called a trope, a theme or plot that’s used again and again. (Just remember that girls don’t necessarily need you to save them in real life. And marriages shouldn’t be forced, of course.) There are so many characters and weird environments and vehicles along the way, you kind of forget you’ve been through this kind of story before. Super Mario Odyssey, in my opinion, is Mario’s craziest ride ever.

Help Is On The Way!

Open worlds tend to be so big that you can get lost in them. While that’s sometimes a good thing because you want to explore, it can also be frustrating to lose your way. So the game lets you choose an easy mode that places arrows like breadcrumbs throughout these worlds. Just follow them to the primary goal. But do veer from the beaten path. There’s so much to discover!

You can see the scuff marks on Bowser’s shoes and the strands of Mario’s hair (yes, he has sandy brown hair under that cap). The music always keeps me going, despite being somewhat repetitive. The graphics are imaginative and they took my breath away in the Cascade Kingdom where there are skyscraper-high waterfalls everywhere. It’s a 360-degree experience.

And you never know exactly what will happen next. I jumped on a rocket atop a house in the Day of the Dead-themed Sand Kingdom. It blasted me to an oddly astonishing level. Also, the dinosaur, which seemed tame when I first met him, became my enemy for a while in the scary, underground Deep Woods. The video above shows a longer look at these details.

One Issue: The Camera

When you move into corners, the camera doesn’t focus properly — no matter what world you find yourself in. You do have a button to refocus the view so that you can see ahead of you. Still, corners can be dizzying experience. But it’s the one issue that’s common to many open world games. Still, I don’t seem to remember the camera problem to this extent in Nintendo’s earlier open world release, The Legend of Zelda: Breath of the Wild.

Is It Worthy Of Your Dollar?

Definitely. There are two essential Nintendo games to buy this year. Both Breath of the Wild and Super Mario Odyssey are must-have experiences. There’s a ton of gaming to be had here, so there’s much bang for your buck. And it’s Nintendo’s second stab at truly open world gaming. You’re able to trek almost everywhere. If you love being astonished at what you find in the nooks and crannies of a game starring the world’s most recognizable character, Super Mario Odyssey is for you.

12 Comments on Super Mario Odyssey Is One Epic Adventure